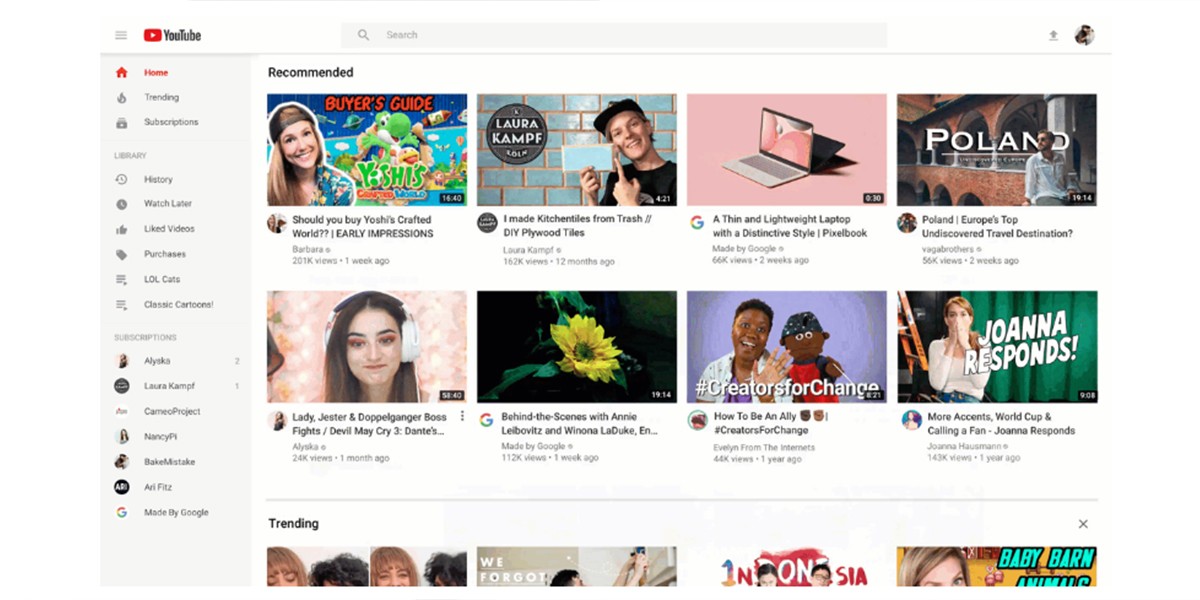 YouTube is revising its desktop page and tablet apps with larger teaser images, among other things.

EnlargeYouTube updated its desktop side and the tablet apps for iOS and Android.© YouTube

YouTube now has some design and layout adjustments for the desktop site of the video portal and tablet apps for iOS and Android announced . The latter will be delivered via update this week via the Play Store and Apple’s App Store.

The new look includes larger teaser images and longer video titles, which should provide a better overview on the homepage. Users should be able to see at first glance what awaits them in the respective clip. In the revised version, video previews are also played in higher resolution. When browsing the YouTube home screen, channel icons also appear after the update, which are now displayed under each teaser image. In this way, users should be able to quickly identify the latest videos of their favorite channel in the overview.

It is also new for desktop users that they can now add videos to their playlist simply by clicking on the corresponding icon on the teaser image without having to interrupt the current video. It is now also easier for desktop users to remove certain channels from the recommendations. All you need to do is click on the three-point menu icon. Here you will find the option “Do not recommend this channel anymore”. Tablet and desktop users will also soon be able to personalize their YouTube homepage with regard to certain topics. This function was already introduced in the YouTube Android app a few weeks ago. It will soon be added to the desktop and tablet apps via an update.