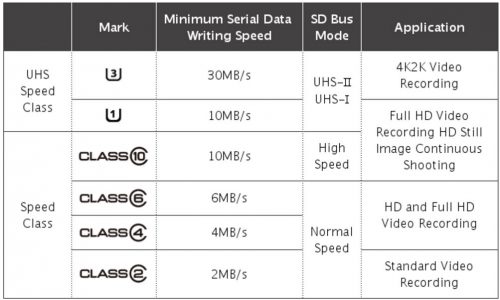 To find the ideal external memory card for a cell phone, you have to observe some things. The most important are size, capacity, and speed. Manufacturers use various terms and numbers in their products, which is important to know what they mean in order to choose the most appropriate option.

There are SD cards of various sizes: SD, mini SD and micro SD. The explanations below apply to all of these card formats, but today’s mobile devices often use micro SD. 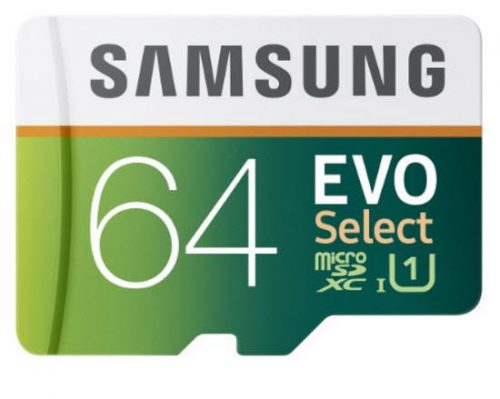 The first thing is to find out what external storage capacity the phone supports. Depending on this value, which can be seen in the technical specifications of the equipment, you can put an SD card of equal or less capacity. It is not recommended to put a higher capacity card than the one supported by the phone.

For example, if your phone supports a maximum of 64GB, you can add a 64GB, 32GB, 16GB card, or even smaller capacity cards.

The cards have been given a “name” according to the range of capacity they are in (1):

This is one of the most technical aspects. Speed ​​refers to the time it takes to open files or applications (read speed), or how long it takes to install an app or save a video that is being recorded (write speed). SD cards are generally marketed based on the minimum write speed they offer:

The higher the speed, the better.

There is another speed category called “Video” that may offer minimum write speeds of 10, 30, 60, or 90 MB / s, but it will not be considered in this article because it is not very common.

This is a rating based purely on write speed. The reading speed of each category is usually much higher.

What card speed do I need?

The decision is usually reduced to what the user does with the device’s camera. Depending on that, you should choose a card of a certain class. A higher speed card can have a positive impact on other tasks, as mentioned above, but the use of the camera is the critical point.

Update January 14, 2017 : Review this article where the real difference between a Class 10 and UHS card on a smartphone is explained .

Certainly, a UHS 3 card is the best, but not necessarily the most recommended in all cases. First, it is more expensive than lower speed cards. Second, it is necessary for the mobile device or camera to support this UHS 3 technology to exploit its full performance. Third, if the user often prefers to record Full HD videos to save storage space, it would be a waste to choose a UHS 3 card that has a superior focus. (2)

A faster card is needed if the phone has problems taking photos or recording video. For example, when things like the camera app freezes after taking a photo, video files are corrupted, video recording stops abruptly, or burst mode does not work properly (3).

UHS I and UHS II

While UHS 1 and UHS 3 listed above specify the minimum speed of a card, SDHC and SDXC, UHS I and UHS II define the maximum speed (this last word is key) on these same cards. UHS I can offer a maximum speed of 104 MB / s, while UHS II offers 312 MB / s. These values ​​are purely theoretical and in practice are not reliable. Such figures say that a UHS II is faster than a UHS I card, but in reality this may be the reverse. A clear example of this is the Lexar Professional UHS II (UHS 3) micro SD card and the Samsung PRO Select UHS I (UHS 3 as well). The Samsung UHS I offers twice the speed of writing on paper.

For this reason it is important to refer to the manufacturer’s specification to determine the actual values. Similarly, it must be verified that the device supports the same maximum speed of the card to obtain all the performance.

A UHS II card can work on a UHS I device or even one that does not support UHS.

Difference between Class 10 and UHS 1

In practice, they are both the same. The maximum theoretical values ​​of one and the other may be different (4), but as before, it will be necessary to refer to the manufacturer’s specification to compare.

A UHS 1 card can work in a device that only supports Class 10. In fact, many UHS 1 cards usually also carry the Class 1 label, indicating backward compatibility.

The Samsung EVO Select micro SD card at this link says the following on the outside: SDXC, 64, 1, I. Its 64 GB capacity is in the range of an SDXC card (64 GB – 2 TB). The number “1” refers to UHS 1. This means that it must have a minimum write speed of 10MB / s. And the manufacturer confirms it: it indicates that it has a write speed of 20 MB / s. The letter “I” refers to UHS I, which means it can achieve a maximum transfer rate of 104 MB / s. As it is maximum, it means that the read and write speed may be below this value. And just that happens: the 20 MB / s write speed and 80 MB / s read correspond to this specification.

How to know what micro SD my cell phone supports?

How to configure SD card as internal memory