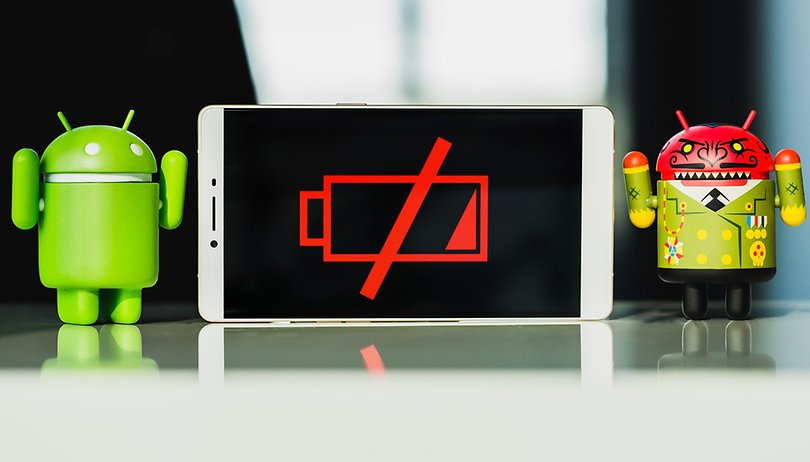 The smartphone manufacturers have not been able to extend the battery life significantly . However, almost all of them now offer a quick charge function. But what if your smartphone suddenly charges significantly more slowly or not at all? Let us search for the cause together and solve your problem.

Modern smartphones can usually be fully recharged in less than two hours thanks to the fast-charging original accessories. Of course, this only applies if they are new and freshly furnished. But this behavior changes over time. Then it sometimes takes a lot longer for the smartphone battery to be full again. Why is that? We can divide the possible causes into two main categories:

The obvious cause for a smartphone that is no longer charging is dirty or bent contacts in the USB port. Especially with the non-twist-proof micro USB connection, it often happened that due to the many failed attempts to insert some of the pins in the socket bent.

In the old as well as in the newer Type-C connection, on the other hand, it can equally be the case that fluff or coarse dust particles slow down the current flow. Then blast heartily into the port without moistening it. Or carefully clean it with toothpicks.

It is more difficult to see whether your charging cable may have a break. Often, however, this occurs quite obviously at one end of the cable. Check your suspicion by connecting another device to the power supply with the cable.

If you are still using the supplied cable and power adapter and both are still OK, the reason for slow charging is probably the smartphone itself. You are probably trying to charge it when it is switched on – which is also completely fine. But keep in mind that the smartphone operating system, services and background apps continue to consume energy even in standby. And then a look at our instructions may be worthwhile to extend the battery life .

To make matters worse, many manufacturers only activate the fast charging technology when the screen is switched off. Apart from OnePlus, smartphones from all manufacturers charge significantly more slowly during operation because they want to prevent harmful heat development.

Power supply or cable are not original or not completely compatible

The output power of USB connections on computers, in cars, trains or buses or even on furniture is often tiny. So don’t expect your smartphone to be charged just as quickly as the power adapter. If you then actively use the smartphone at the same time, it could even be that it consumes less energy than it consumes.

Despite all attempts to ensure standards with Micro-USB or USB Type C or Power Delivery, the rule of thumb still applies: the smartphone charges fastest with original accessories. Almost every manufacturer now has its proprietary quick charge system or uses Qualcomm’s equally proprietary quick charge. Of course, these are not compatible with each other.

There are licensed accessories; especially for Qualcomm’s so-called Quick Charge . But only a few smartphone manufacturers buy the expensive license. And compatible third-party power supplies also cost as much as original accessories.

The new USB Type C connector should do everything better. And Google also wanted to force more standardization with its compatibility criteria for Android manufacturers. But nothing has come of it to this day. Type C charges smartphones a bit faster with at least 15 watts, but does no miracles. And we are still light years away from a one-cable-for-everything solution, as this short article by The Verge shows:

Why does USB-C suck so much?

After all, we have been able to charge our smartphones with the charging cable of some laptops since then. Because even if its power supply unit is specified for 100 watts, it will not damage the cell phone that is clearly below it and will charge it gently according to the power delivery specification.