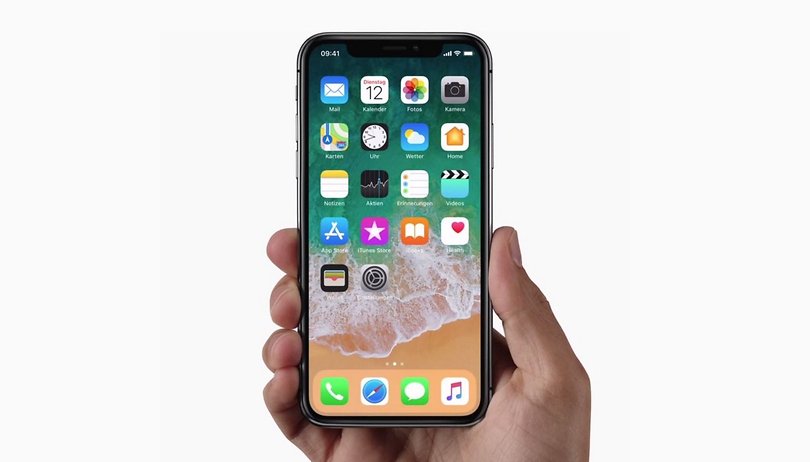 We tried the Golden Master from iOS 11 on a Phone 7 Plus and know the final features. A lot of things are reminiscent of Android and some things go even better with the competition we love so much. But let’s take a closer look at what’s new in the iOS 11 test.

We wouldn’t be a good Android magazine if we weren’t going to swim to the other side every now and then and see what Apple is doing: Which iOS 11 features may we already know from Android and which ones would we like to see with us? The Golden Master is now available, which has the same features as the final iOS version, which will be rolled out as of September 22 as an update for the following devices:

iOS 11 comes on the following devices

Update availability alone is a feature that Apple envies in the Android world. Even the four-year-old iPhone 5s still gets the new features of iOS 11 and security updates. In the Android world, exceptions such as  Google with the Nexus 6 or Samsung with the Galaxy Note 4 can keep up, which after their respective release in 2014 are still supplied with security patches.

We were not able to try out a number of features, especially the improvements for the iPad, due to the lack of a test device. But it is already apparent that Apple has copied some ideas from Google; and not that bad at all. The iPad features of iOS 11 include …

Apple’s voice assistant Siri should control and search apps, recognize bookings in emails and automatically create appointments based on the data. This should make it easier for you to keep an overview and always reach your goal on time. While the latter is a great help in connection with Apple Wallet on private and business trips, the in-app search with Siri does not work so well.

I prefer the Deezer streaming service instead of Apple Music. This cannot be searched with Siri yet. Whether this is due to the restrictions of the operating system or a poor implementation of the app developer? In any case, the Google Assistant has no problem with this and responds to the “Play Music” command by opening Deezer; and not Google Play Music. In the test with Google Home , music control is the best feature of the Google Assistant.

What applies to music also applies to many other third-party services: Google always gives me the choice to change the default values. The open philosophy of the ecosystem, which is already known from the Play Store, is continued with the digital assistant.

Apart from that, the overlaps between Siri and Assistant are obvious: You start apps, calls, dictate messages with a voice command and send them with the messenger of your choice. You can make localized searches and find the nearest ATM. You can set timers or dim the lights in the bedroom. Or you can change the radio station in the living room. Greetings from Smart Home .

You can now play your music stream on several AirPlay speakers at the same time. With this, Apple catches up with Chromecast, which also became multi-room capable. However, I consider the implementation via the control center to be better. Android has so far relied on a mixture of quick setting tiles and pinned notifications. In addition, the Pool Cast / Google Home compatible speaker is slightly smaller than that of the AirPlay counterparts.

iOS doesn’t bother you in the car

Devices with iOS 11 recognize when you are in the car. Calls are then rejected with a friendly SMS that you are currently at the wheel. The mode can either be activated automatically via the Bluetooth connection or by the iPhone analyzing your current movement profile. Similar behavior can only be simulated in Android with the Google app Android Auto.Android Auto – Maps, Media, Text and Language

“Just hold your new iPhone or iPad near an iOS device to automatically log in with your Apple ID” sounds like a smart innovation from Apple: If you already have a device with the Apple logo, you can do a lot of typing save when setting up the new iPhone. With Android, this question has been part of the setup wizard for several years. This also helps you if you come from an iOS device. 😉

The app store gets a facelift

App discovery is the be-all and end-all when shopping in the App Store: If Apple wants to encourage its iOS users to make purchases, it must give app developers the opportunity to present the apps well. So not only the app development and the catalog were embellished; the description page of the individual apps has also been made more appealing. This includes videos that start automatically, more space for reviews and more.

The games get their own button at the bottom of the App Store app for faster access. The Today area replaces Featured and brings new products or special offers to the fore. In the app store settings you will find an additional option with which the iPhone automatically uninstalled long unused apps. This will free up your storage space. However, the app data is saved so that after a reinstallation you can continue from where you left off the app.

You have to wipe the rest from below. The long list was completely displayed in iOS 10. So a feature quickly turned into chaos. The notifications are configured in a separate, large area in the settings. In iOS 11 you determine whether notifications of an app should be kept in the long history or only those that have recently arrived or whether they should be completely banned from that overview.

The control center appears to be opening

The control center is finally blown up with iOS 11 and you can choose its entries. The formerly monolithic, rigid design is broken up by individual, force-touch-capable tiles. In the settings you can choose which buttons are visible. It is suspected that Apple will one day allow app developers to offer a tile for the control center. This would start small applications even when the iPhone is locked; which would be nice for fast smart home applications or third-party assistants.

Apple also opens the system for file management and wants to connect external file systems with the Files app. So it’s not about being able to search the iPhone’s local file system. Rather, it is about moving your documents from the iPhone to the cloud or vice versa. Labels and a global search make it easier to find your documents; thanks to iCloud or other cloud storage providers across all your devices. Google Drive can now also be integrated.

Photos and videos are compressed in new formats. HEIF is used instead of JPEG . Videos are compressed in HEVC. Both should halve the size of the files, while the quality remains the same. If you copy the files from the iPhone, they will be converted into a format that the target device recognizes. However, you can deactivate both the compression method and the live conversion.

Unfortunately, the photos saved in this way are no longer compatible with Android devices. However, if you send them with a messenger, it will convert the images with a loss of quality. In this way, you can be sure that your counterpart can see the photos.

What about ARKit and Animojis?

App developers are still working diligently with the brand new ARKit augmented reality framework, which was introduced shortly before Google’s counterpart ARCore . This will show a number of applications that were previously reserved only for the academically interesting Project Tango. Especially with the borderless iPhone X, we can expect new, immersive smartphone applications.

Thanks to its FaceID sensor technology, this device will also exclusively offer the Animojis. Those emojis imitate your facial features almost in real time. Your counterpart then receives the recording in iMessage; the videos will also play on older Apple devices. In this way, the iPhone X advertises itself.

The first rapid test of iOS 11 shows that Apple is further optimizing usability and is not afraid to look over the shoulder of the competition. However, even after the significant improvement over iOS 10, the notification system is still inferior to that of Android Nougat. The control center is lagging behind the quick-setting tiles from Nougat in terms of functionality, since they have long been movable and open to third-party providers. But for the design implementation, I have to give the point to Apple.Opinion by Eric Ferrari-HerrmannI still like Android better.Do you agree?5050707 participants

I like the switch to HEIF and HEVC. Apple’s market power could ensure that Android and Windows quickly adopt the format. If the format becomes widespread, the consumption of mobile data could either decrease or remain the same with increasing image quality.