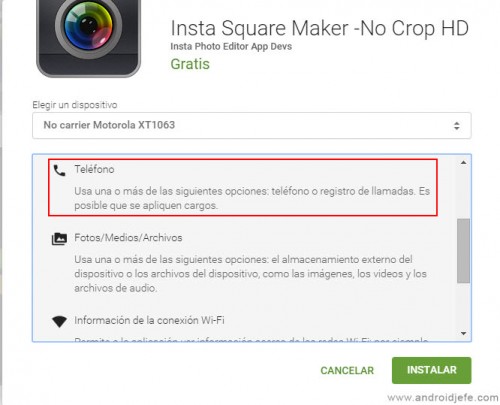 Apparently there is a way to increase the advertising money generated by an Android application by up to four times, at the expense of invading user privacy and earning a bad reputation as a developer.

Basically, this “strategy” would consist of developing an Android application of any kind, which in addition to performing its function is capable of reading certain private information from the user (the data of calls and the location of the device, for example), data that They would be used to display highly personalized ads on the Android device, to get more “clicks” from users and thus multiply profits. 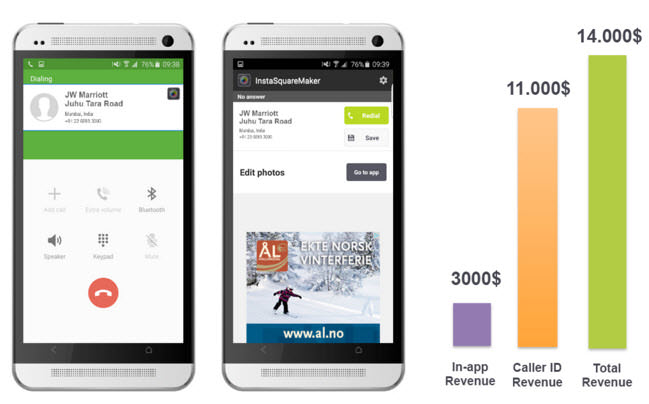 Normally, the user only sees the advertisement within the application they are using, but this “trap” would take care of expanding the visibility of this potentially interesting advertisement, showing it in the phone application, every time the user ends a call. Not only would you get even more clicks, but the number of ad views would also multiply, generating higher revenue.

Here, the developer’s trick would be to offer an additional service to the user, such as a caller ID, that justifies access to the device’s call data (“Phone” permission when the user installs the application) and also justifies the advertising appearance after each call. Apparently, the developer would not have to implement a caller identification system from scratch, since there are already companies that offer this service and even the personalized announcement system that collects the user’s personal data: the developer would only have to “dock” this service in your application. CIAmedia and Calldorado are two of these companies / services.

The company Call Dorado gives a clear example of the results that could be achieved with this strategy. Insta Square Maker, an Android application that at one point had a base of 244,000 monthly “active” users, who rarely used the application, generated $ 3,000 per month. After expanding the reach of the ads (potentially personalized, using the private information of each user) and displaying them after each call made, the additional income generated was $ 11,000 per month, that is, a total of $ 14,000 per month.

With such high performance, it should come as no surprise to see that even Calculator applications offer caller ID functionality, even if one thing has nothing to do with the other. For the user, the analysis of the permissions that an application requires when installing is crucial if you prefer to keep the information on your device private: you do not want to install a Calculator, Flashlight, or any other application that requests illogical permissions or that do not have to do with its functions.

How much money do you earn creating APPS?

How to remove viruses from your Android device