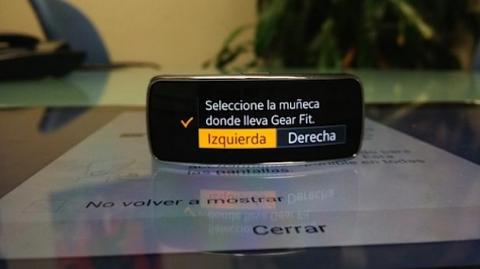 If you have bought a Samsung Gear Fit or a Samsung Gear 2, you will have noticed that, initially, both wearable devices are only compatible with some terminals of the brand. If you need to sync the Gear Fit or Gear 2 with a non-Samsung device, we tell you how.

If you have recently got hold of some of Samsung’s new wearable devices, you will have noticed that, initially, both the Samsung Gear Fit and the Samsung Gear 2 are only compatible with some of the brand’s terminals.

With both applications, you can configure, in addition to backgrounds and appearance, which notifications to receive, and from which apps. This is essential because if not, Samsung wearable devices will not stop vibrating and it can be very annoying; Especially while exercising, since you won’t know if the vibration corresponds to a Twitter or Gmail notification or a gadget in order to speed up or slow down.

Both Gear Fit Manager and Gear Manager are not found in the Google application store, but you can download the apk from the following links:

In the tests carried out, the applications work correctly on devices with Android 4.2.2 or later.

Install the apps on your Android mobile

Once you have downloaded the apk, you have to transfer them to your Android mobile. To do this connect your smartphone to your computer and place the files installation Gear Gear Fit Manager and Manager, for example, the Downloads folder root mobile.

Remember to allow the installation of applications of unknown origin in the phone settings. This option can make your smartphone more vulnerable to external attacks, but it is necessary to complete the process.

After locating them, click on any of the applications to install Samsung Gear Fit Manager and Samsung Gear Manager on your mobile and thus synchronize your Gear Fit or Gear 2 with non-Samsung devices .

Run the apps and find the devices to sync

At this point, the most difficult part of the process of synchronizing your Samsung Gear Fit or Samsung Gear 2 with a non-Samsung device is accomplished.

Now, if compatibility between devices allows it, it is time to locate your brand wearable to synchronize it with your mobile. To do this, activate Bluetooth on both devices and let the application automatically locate the device.

As you can see, the smart band or smartwatch itself will indicate the steps to follow, leaving all the prominence of the configuration to the Samsung applications intended for it.

Synchronize Gear Fit or Gear 2 with your non-Samsung device

After locating the Samsung Gear Fit or the  Samsung Gear 2, it is your turn to pair it with a non-Samsung device.

To do this, you will simply have to pair it by BlueTooth as you would with any other terminal. Enter the confirmation password on your smartphone and on the wearable device and the process will be completed.

Unable to log into a Samsung account or use the weather and world clock features will not be available. But syncing the Gear Fit or Gear 2 with the non-Samsung device will allow users to receive notifications, track their sports activity, and other features available on the brand’s wearable devices .