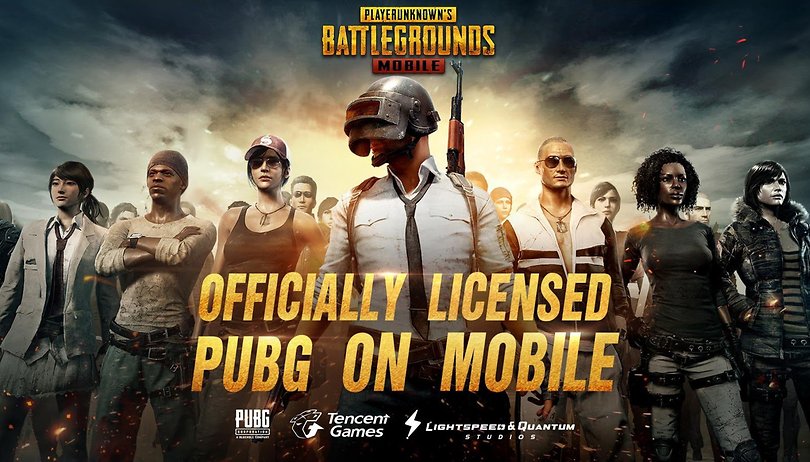 PUBG Mobile is finally available worldwide, and you know what that means. It’s time to start the battle for the crown! But do you have what it takes to win? In this article we show you a few tips and tricks to get off to a good start in PUBG Mobile and be the last survivor to leave the island.

PUBG matches always look the same: 100 players are sent without any equipment to an island that is studded with countless loot that is ready for you. The playing zone becomes smaller and smaller over time and drives you closer and closer to your opponents. If you don’t make it into the circle in time, you’ve unfortunately lost.

Starting a new game is not always easy, and surviving when everyone is after you can be challenging. Hopefully the following tips and tricks will make your start in PUBG Mobile a little easier.

Find your own city

In PUBG Mobile, strategy is the key to success. So the first step is to find the perfect place to land. Since the plane that brings you to the island always flies a different route, this is not always easy.

Quite a certain dilemma. It is best to always land right next to buildings to get to the loot as quickly as possible. You can see where most players want to go on the plane. The best thing to do is to find a quieter place to start.

Some professionals already choose a different strategy when choosing the landing site and go directly into close combat. In this case, the first thing to look for is a weapon, everything else is secondary. If you read these tips and tricks here, you should probably refrain from this strategy. So you’d better find a building where no other player lands.

There will be clashes, and you certainly didn’t want to be the loser who shows up to fight without a weapon. Your first goal after landing is clearly looting. You have already followed our first tip and is now fittingly next to a building that has not yet been infected by other players, right? Perfect. So go inside and loot!

Weapons are always a priority. Immediately afterwards, the protective equipment and items for healing come to keep you alive in the battles.

Once you have your choice of weapons and other equipment, you can go into battle. Weapons behave very differently, so it’s best to find your favorite weapon. First of all, you should simply record everything you find. PUBG Mobile is equipped with an auto-loot system, which speeds up the whole process significantly. This is particularly helpful at the beginning of your PUBG career.

Action games on a touchscreen device can sometimes get a little strange. The developers behind PUBG Mobile have obviously given it a lot of thought and implemented other useful auto functions. Don’t make life harder than necessary. Use these functions.

Aggression is the key to success

Anyone who has already played PUBG on a PC or Xbox may be used to a more careful and, above all, controlled approach in this game. In the mobile version, however, this is not necessarily the best strategy. The control is nowhere near as precise, precise aiming, for example, is much more difficult.

But that also means that the danger of being caught by a sniper from a great distance is significantly reduced. If you are discovered, you are normally not dead within seconds. You have enough time to react.

If you hear gunshots, you shouldn’t panic and immediately seek protection. Try to turn the situation into your advantage. The skill level is at least fairly balanced, just through the touchscreen control, aggression can be absolutely crucial here. Attack often leads to success in PUBG Mobile.Opinion by Nicholas MontegriffoPUBG Mobile rewards aggression more than the PC version.Do you agree?5050246 participants

Rather aim than race

Of course, that doesn’t mean that skill doesn’t matter. Just shooting wildly wastes ammunition and other players will notice your presence. Anyone who is familiar with PUBG knows that whoever stands still loses. A standing player is easier to hit than a permanently moving player.

In the mobile version, things look a little different: It is much more difficult to deliver targeted kills. So it is better to stop, aim precisely and then shoot. If you keep moving, you have to aim again and again.

You can aim with the small crosshair icon on the right. Then move your finger on the screen to target your opponent. Should it bother you that you have to aim and shoot with the right thumb, PUBG offers you a simple solution. In the settings of the game you can display a second button for shooting on the screen and place it yourself. Just pull it to the left side and you can aim and shoot at the same time.

How was it to draw attention to your presence with the opponent? Oh yes, in PUBG your ears are crucial as in many games. Without distracting background music, shots and steps near you can be made out much better.

The game has a feature that lets you see where a shot came from, even without sound. But that won’t work if you don’t get hit. So it’s best to use good headphones so that you really have a chance to survive.

Use the setting options

In PUBG Mobile you have the possibility to customize practically everything. The complete layout is flexible and can submit to your preferences. You also decide how you use the game. Take advantage of these opportunities, it’s worth it.

Does the game not run smoothly with you? Take a look at the graphics settings and change them so that they can be played without jerking. That too can decide whether to win or lose in a direct fight.

You will also be able to react faster and more effectively if you adapt some options to your ideas. In the settings you can adjust the sensitivity, change the position of the icons and activate and deactivate the auto functions. As I said above, a second button to shoot on the left really helps in the fight.

As described above, the survival zone in PUBG becomes smaller and smaller over time. So don’t get caught at the wrong time on the island. What’s best there? Sure, a vehicle. Motorbikes, cars and SUVs are distributed on the island, find one as soon as possible. Many players are even the first to look for a car so as not to be in the situation of having to cross half the island on foot.

Play with your friends

You can’t just play PUBG alone. You can play in teams with two, three or four friends. Of course, this can also help you develop your skills, after all everyone has their preferences and talents.

That should be the first time. With these tips you should be able to appear much more experienced in the first rounds. We will add more tips to this list in the future, but we are of course always happy to hear from you. So leave us a comment with your favorite strategies, landing sites and tips!