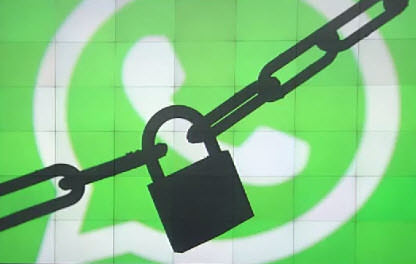 A new law in Germany gives the police the power to read or spy on WhatsApp conversations of suspicious users, using malicious software.

Indeed, that your WhatsApp is punctured by the police is already a reality in that country. They can use malware, specifically a Trojan , to intervene or intercept the WhatsApp of people potentially involved in crimes.

Trojan to spy WhatsApp and PCs

By using a Trojan, the police can pinch or hack a device and gain access to all of the user’s private information. This includes WhatsApp chats and other similar messaging applications. It can also be video recordings and other personal content. It has not been mentioned whether they can also tap WhatsApp calls , although it would not be strange, considering that the CIA can do so by evading the encryption of this and other apps.

The law does not only apply to mobile devices such as smartphones or tablets. The police also have the power to hack computers in the same way through the Trojan.

This invasion of the device can be done remotely. The law allows the police to obtain a complete copy of the equipment’s storage, or to search for information within it if required.

How they intercept or puncture WhatsApp

Certainly, applications like WhatsApp or Telegram offer encryption to prevent chats from being read by third parties. But this Trojan would give the police the ability to obtain information before this data encryption is performed. In other words, it circumvents this app security.

With this law it is not only about detecting terrorist activities, but also others of an illegal nature. For example, drug trafficking, tax evasion, or sports betting fraud.

What has been an open secret now seems to be getting legal backing to spy on people. The CIA and NSA have been doing this for years, not only in the United States but around the world. In the case of the German authorities, they could previously spy on SMS and conventional phone calls , according to RT.

How to PROTECT my cell phone from viruses, spies, interventions, etc.

How to know when someone connects to WhatsApp