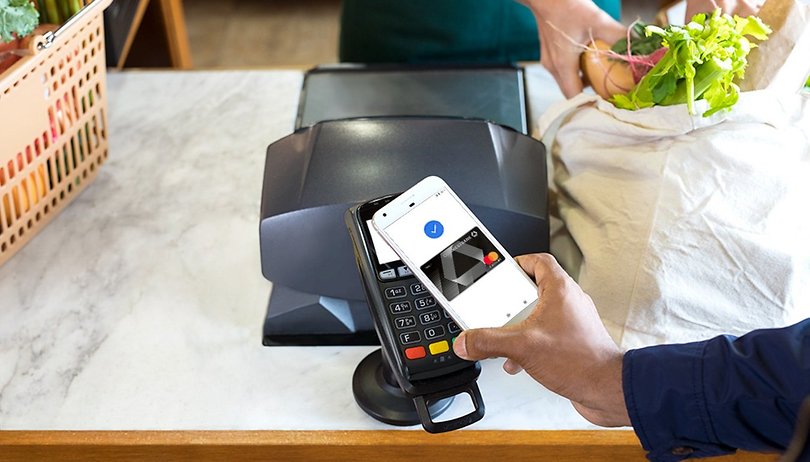 With Near Field Communication, NFC for short, a technology for wireless communication between devices was introduced a few years ago. But what exactly can NFC be used for? Here we show you NFC applications and tips on NFC in everyday life.

Pay via NFC in Germany

Paying with your smartphone is gaining momentum. Google Pay is finally officially available in Germany, but is only supported by a few banks. boon. is an option if you don’t have a credit card from one of the few participating banks.

A disadvantage when paying with a smartphone comes with restrictions that the providers specify. Your smartphone must not be rooted and users of a custom ROM are also excluded.boon. – pay contactless

Visa and Mastercard have negotiated the standard for payment via NFC together. Since the credit card companies have decided to stop accepting money from non-NFC-enabled terminals in 2019, we will be able to pay with NFC everywhere by 2018. You can learn more about this in our feature article on:

With Google’s Contacts app, you can easily send an address book contact to another Android device. Simply call up the contact and hold the smartphones together with the NFC contact areas. If you hold the sender device in your hands, you must also confirm the process by tapping the screen.

Exchange pictures and files with ease thanks to NFC

The file exchange itself is not done with Android Beam via NFC, as this would be far too slow and its range would not be sufficient. Instead, it takes place via Bluetooth or ad-hoc WLAN, which means that it is very quick. Simply call up a file in your gallery app or the file manager, press the share button and select Android Beam. Then hold the transmitter device to the receiver device and tap the screen on the transmitter device. As soon as the copying process starts, you can move the devices back to a distance of a few meters.

NFC-supported coupling is now offered for Bluetooth speakers. This saves you the tedious pressing of a key combination on the speakers and the user does not have to switch to the smartphone menu. There is now a wide range of NFC-enabled Bluetooth speakers.

Hold the respective NFC chips close to each other for the coupling of your NFC-capable smartphone with the speaker. The smartphone will then ask you whether you really want to pair. Yes, and the process is complete. The same works with many Bluetooth headphones.

NFC applications with their own tags

Where do I get NFC tags from?

So that you can use NFC apps sensibly, you need an NFC chip with at least 137 bytes of storage space – there are also tags with more memory. You can get NFC chips in different shops and formats. There are NFC tags that you attach to furniture and other items. And there are some that can be used as key rings. There are also NFC wristbands and NFC business cards, but the use of QR codes is recommended here, as these can also be read by iPhones.

Establish a WLAN connection via NFC

With Android on-board means it is possible to write the details of a WiFi network in an NFC tag. This feature can be reached from Android 5.0 Lollipop by long tapping on the desired network in the overview of the current networks. Now select the option “Write on NFC tag”. Now all you have to do is enter the WiFi password and all the necessary information will land on your NFC tag. Now you can establish the WiFi connection by holding the day on the NFC chip of an Android smartphone. This even works in the Android setup wizard – after the successful connection you have to tap the desired network there a second time, otherwise the wizard will continue without online functions.

But be careful: The password is saved in plain text on the NFC tag. If you have an NFC-enabled smartphone with the appropriate reading app such as NFC tools, you can read the content without any problems.

Use NFC tags in everyday life: automation of tasks

NFC tags are small stickers or plastic coins that contain a chip. It can be programmed using apps and ensures that your smartphone triggers certain actions when touched. A popular app for using NFC tags is trigger, and this is how it works:

That was it. If you now touch the NFC tag with your smartphone, the previously saved actions will be carried out automatically.

If you leave the house, you turn off the WiFi at the apartment door with the day, reactivate the automatic screen lock, and turn the volume to maximum. When you come to the office, the NFC tag there mutes your smartphone, reactivates WiFi and releases the automatic lock.

For mobile workers, on the other hand, it can be practical to place an NFC sticker on the notebook that activates or deactivates the smartphone’s WLAN hotspot.

In addition to triggers, there is also the app combination of NFC tools and NFC tasks, with which you can assign tasks to NFC tags. The range of functions is similar. In both cases, the app must be installed on the smartphone to actually perform the tasks.