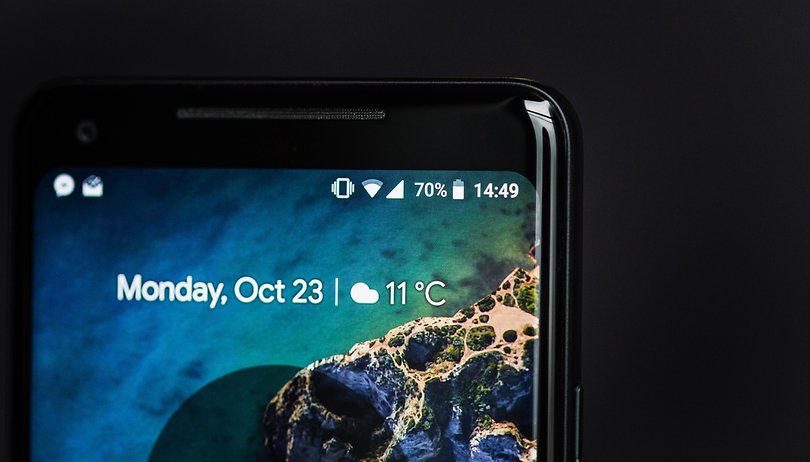 News from the Pixel 2 XL display. Earlier this week, we covered the various issues with the Google Pixel 2 XL. In the meantime, Google has spoken extensively about the problem of colors, whereas some other problem areas continue to be confusing.

Confusing: the colors of the display

Google has commented very extensively on the question of the apparently incorrectly displayed colors. Accordingly, the Pixel 2 XL is calibrated for natural colors. Android Oreo also gives Android support for wider color spaces. Earlier versions of Android, on the other hand, had virtually ignored the color space of the display. Consequence: A photo in the classic RGB color space was shown by a display with a wider color space with distorted colors. The impression: The colors seem more saturated, but in fact the color display is shifted during this process. No more thanks to Android 8 Oreo. Only in this version does Android receive full support for color management, which ensures correct color reproduction on correctly calibrated displays.

Nice and good. This naturally raises two questions: If Google attributes the color representation to the new color management, why does the Pixel 2 display colors differently? In other words: Why doesn’t Google calibrate the two smartphones identically? The answer could be found in François Simond. Based on measurements by Erica Griffin, he suggests that the Pixel 2 XL is simply incorrectly calibrated.

Google in turn wants to update the Pixel 2 XL so that the colors will be more vivid. How is that supposed to work? The user then simply has the option to switch off color management. Is that the solution? We will see. Samsung, however, did not miss the chance to have the advantages of its own displays advertised – by YouTube smartphone testers:

Confusion about the polarizing filter

Google has equipped the Pixel 2 with a circular polarization filter. The company thus promises that the display with sunglasses will be easier to read. Is this the reason for the narrow viewing angles that testers criticize? Not so fast.

First of all: AMOLED displays have a polarization filter to reduce annoying reflections. This causes problems in combination with polarized sunglasses, because such glasses filter out linearly polarized light (useful to reduce stray light and reflections). The first-generation pixel had a polarization filter that, in conjunction with polarizing glasses, completely darkened the landscape image.

A video now shows the new circular polarizing filter of the Pixel 2 XL compared to an iPhone and your first generation Pixel.

The video maker wants to show the consequences of the circular polarization filter – especially when compared to the old pixel. We can understand the result with polarized sunglasses.

An interpretation of Phonearena , which was also adopted by AndroidPolice, is causing excitement . Accordingly, the narrow viewing angles on the display are caused by a “poorly-applied polarizer”, ie an incorrectly attached polarization layer. In our understanding, this is not the case, and the videographer himself does not suggest this conclusion. Polarizers – regardless of how they are constructed – have consequences, after all they block parts of the light.

In general, the connection between the polarization layer and the narrow viewing angles is not mandatory: Google itself speaks in a statement that color shifts in displays are normal.

Interestingly, there is also news about the burn-in problems. In the past few days, American testers have received new devices that no longer have the problem – toi toi toi. The software update mentioned above also addresses this problem: According to Google, the navigation buttons will dim in the future after a short period of inactivity and the maximum brightness of the display will be somewhat reduced.

The display problem of the Pixel 2 XL is not over yet: In particular, the color display will still have to be checked – the retreat in terms of color management seems questionable in any case. It remains to be hoped that the burn-in problem has actually been overcome.