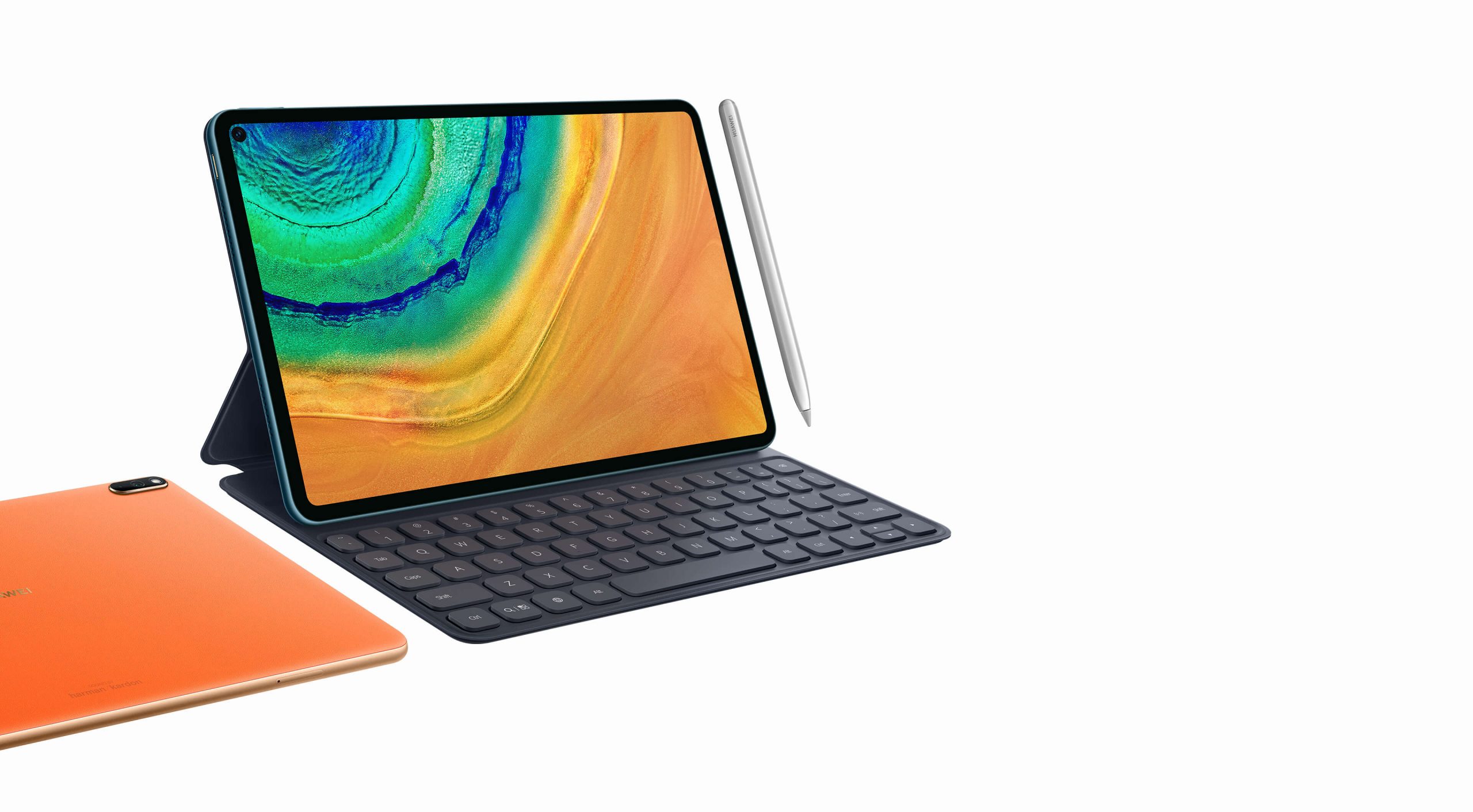 The MatePad Pro, announced in autumn, will also be available in Europe in a 5G version. The cheapest version costs 550 euros.Reading time:1 min.Save in pocketreadPrint viewread comments13posts

In April, Huawei also launched its top tablet, the MatePad Pro, in Europe. The cheapest version of the tablet costs 550 euros and has 6 GB RAM, 128 GB storage space and Wi-Fi support. The LTE versions start at 600 euros. A 5G version will also come to Europe, it is available from 800 euros. Accessories such as pen and keyboard case are sold separately.

The MatePad Pro was originally announced in November , but initially only for the Chinese market. The MatePad Pro is remarkable for its so-called punchhole notch: the circular recess in the display is now known from several cell phones, but it is still a novelty for tablets.

The MatePad Pro is powered by a Kirin 990, the RAM can be increased from 6 to 8 GB depending on the version. When it comes to storage, buyers can choose between 128 GB and 256 GB, the 5G version even has 512 MB of storage space. There is a single 13-megapixel camera on the back of all versions, the 7250 mAh battery should ensure sufficient runtime. It also supports wireless charging via the Qi standard and can charge other devices such as cell phones.

The Huawei MatePad Pro runs on Android 10. This is the open source version of the Google operating system, which has to do without the Google services. Apps like the Play Store, Youtube or Google Maps do not run on the device by default.

Huawei has long hesitated to bring its Google-free Android devices to the European market due to a US ban. After the limited sales start of the Mate 30 Pro, Huawei is now supplying several devices that have already been launched in China. German users will soon be able to buy a Huawei folding phone with the Mate Xs.