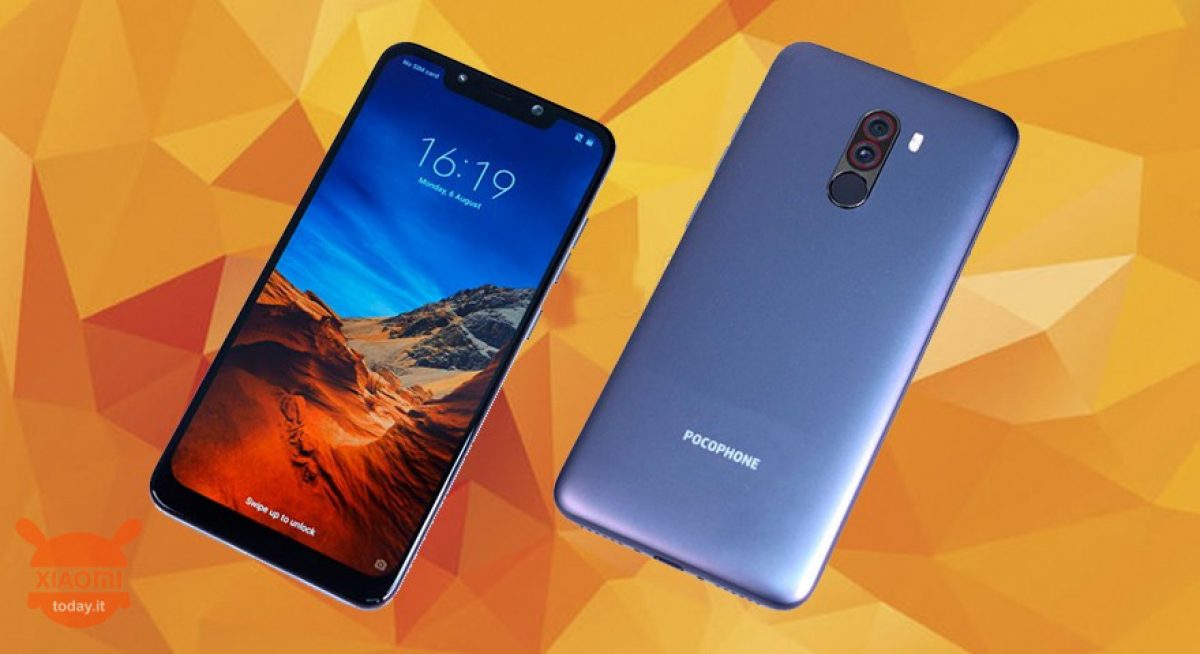 The Pocophone F1 is delivered with a customized variant from MIUI, which offers an app drawer, among other things, but this does not suit everyone’s taste. If you prefer to use a system that is based on Vanilla Android, you have the option of using a custom ROM. Nice side effect: This gives you the opportunity to enjoy Android 9 Pie even before the official release from Pocophone. In this tutorial we want to show you how to flash Lineage 16 onto your Pocophone F1. In the course of this, the boot loader is unlocked and TWRP is flashed on the smartphone. Finished? Then it starts!Warning: All steps described in this tutorial are carried out at your own risk. We are not responsible for damage of any kind. If you are not sure about one step, ask in advance.

As so often, the first step is to unlock the boot loader. Since Pocophone belongs to Xiaomi, the procedure is 100% identical to that of Xiaomi smartphones. So you have to have a SIM card in the smartphone, add the Xiaomi account, then authorize the smartphone and can unlock the bootloader after the waiting time (for the Poco F1 it is 72 hours). For the sake of simplicity, we link here to the dedicated tutorial for unlocking the boot loader.UNLOCK XIAOMI BOOTLOADER

In order to install (flash) an unofficial firmware, you need a so-called “Custom Recovery”. A very popular solution is called TWRP and we are now installing this on the Pocophone F1. To do this, you need two things: ADB and an image of custom recovery. You can download this with the buttons below.MINIMAL ADB & FASTBOOTPOCOPHONE F1 TWRP

After you have downloaded everything, you first install Minimal ADB & Fastboot. Just follow the set-up assistant. Then you can start the program and very much this window.

Next, shut down the Pocophone F1 and wait until it is completely switched off. Now you start it again, but with the Vol key pressed at the same time. Keep the button pressed until a green android with the signature “Fastboot” appears on the display. Now plug your smartphone into the computer and execute the “fastboot devices” command in Minimal ADB & Fastboot. This should list a device.

Next you enter the command “fastboot flash recovery” followed by a space. Now you drag the downloaded TWRP image into the window. Then press the Enter key and wait until the flash process is complete.

Now you can remove the smartphone from the computer. Now hold down the power button and the vol + button until the smartphone switches off. Then just hold the Vol + button until TWRP starts. When you first start TWRP says something about “Decrypt Data”. At this point you press “Cancel”. Then another query follows. Here you slide the slider from left to right.

Download the Custom ROM now. In this example it is Lineage 16. There are other custom ROMs that can be flashed in this way.LINEAGE 16 FOR POCOPHONE F1

After the download you will see a ZIP file. You must not unzip them ! Copy the ZIP file as it is to the Pocophone F1.

Now you touch “Wipe Cache / Dalvik” and then “Reboot System”. In the subsequent query regarding the installation of the TWRP app, click on “Do Not Install”. Now the Pocophone F1 restarts and should land in Lineage 16 after a while. Have fun!