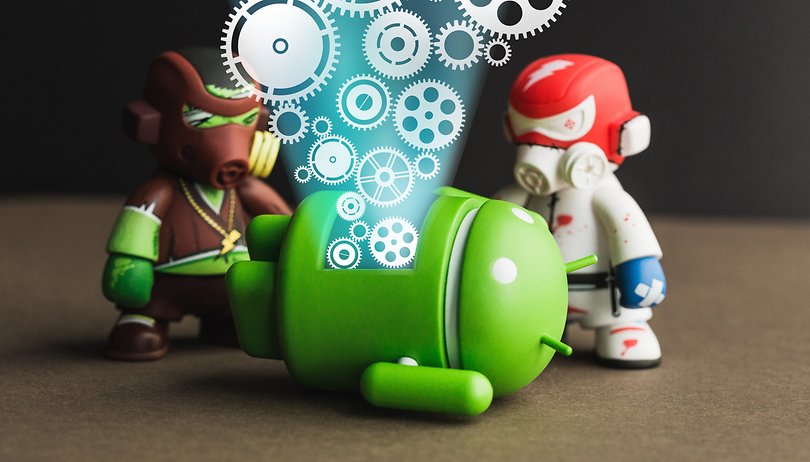 After version 11.1 Flash was over for Android. The official Flash player can no longer be installed since Android 4.1. That is why alternatives are needed on newer Android versions.

Who still needs the flash player on Android?

Official support has been discontinued for years. Desktop browsers block Flash content by default. And Adobe is pulling the plug of the 2020 multimedia technology anyway. So if you really want to use the Flash player on Android, you should ask yourself: Are there any better alternatives? Can’t modern apps replace old Flash-based content? Usually the answer is yes.

For those who cannot use any alternatives, it continues:

Flash player or malware: what am I installing?

Others of you get a download link from the Flash player installation file via websites or advertising banners. Since Google’s Play Store does not offer a version of the Flash player, you naturally think that you are without an alternative and have to install the offered version.

Do not be misled, because a trap quickly snaps from which you can no longer free yourself without much effort. Instead of the flash player, you may get ransomware; a form of malware that takes your smartphone hostage and demands a ransom. You will only get rid of them with a factory reset that deletes all your photos and app data. So stay away from such flash player rivets. If necessary, use one of the methods below.

There was no surprise with Android 9 Pie. Again, the flash player is no longer part of the Android system. Instead, there are certain browsers that can display Flash content. But they are different in that. Flash’s notorious security vulnerabilities require constant updates to the app, which are currently only available with a Flash-capable browser for Android. The Puffin Web Browser is therefore the last Flash browser for Android that we can recommend, if at all.

Puffin fixes two weaknesses of Android, which do not consider alternatives: The Flash Player for Android comes in the latest version and thus also offers emulated mouse or arrow key control. These are emulated via overlays, which makes some Flash content operable in the first place.

The performance strongly depends on your WLAN. The flash content is not calculated on your Android smartphone, but from an overseas server. The advantage of this solution is that it also enables brand new flash features.

The latest version of the browser also requires access to your location and wants to transmit usage statistics. According to the developers, the data is necessary to be able to play advertising correctly in the free variant. Everyone has to decide for themselves whether they are ready to use the outdated format.Puffin web browser

Photon is one of the browsers with Flash support. However, it is no longer recommended, especially since the Flash version is out of date.

FlashFox also promises Flash support for Android. There has been no update since December 2016 and the underlying Firefox version is accordingly old – Flash is also old. Its setup is simpler than that of its competitors, but it cannot keep up with other test devices in terms of performance and functionality.

The Dolphin Browser has long been the best browser to use the Flash player in Android. Unfortunately, the structure of the app has changed, so that the former flash plug-in has now become an independent app. This only serves to play back individual FLV files and is therefore practically useless for use in websites with flash elements.

The Flash player as such is no longer installed in Android. Therefore, you only have the opportunity to try the tip above .

If you want to display Flash-based content on Android Nougat, you should take a look at our tip above – the Puffin Browser.

If you still have Android Marshmallow running on your phone or tablet (and this is quite likely in November 2016), you should take a look at one of the browsers above . They are your only way to use the flash player on the Android device.

The same applies for Android KitKat as for Lollipop: The Flash Player can still be installed here, at least in its modified version, but it has no advantages over the solutions presented above . So these also work without restriction under Android 4.4 KitKat.

If you are using an even older Android version (between numbers 4.1 and 4.3.1), this is still no cause for concern, because the Flash player can also be used here. With the Android browsers from the above instructions for Android Nougat, you play it safe.

Up to this version of Android there is official support for the Flash Player. You could just install it from the Google Play Store. The catch: You can no longer find it there.

The days of the flash player are numbered, at the end of 2020 at the latest. If you need the Flash Player on an Android smartphone or tablet today, you should take a look at the Puffin browser. Other alternatives are no longer recommended due to the outdated software.