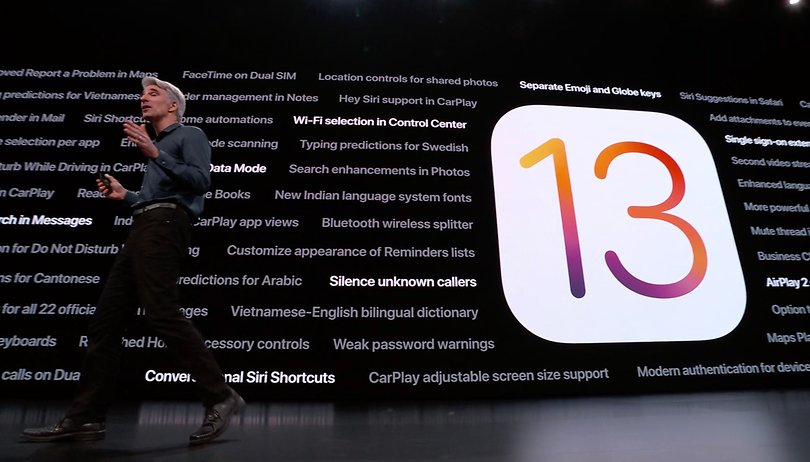 The new iOS version 13 officially announced at WWDC 2019 is already available for download in the first beta version. It is intended for developers and allows you to test all functions announced by Apple. However, the procedure for installing on your iPhone this year is slightly different than in previous years. Find out how to install iOS 13 on your iPhone here.

First of all, you should know that the latest iOS version as a beta can of course still be unstable and thus restrict the use of your iPhone. We therefore recommend not installing the version on the smartphone if you are urgently dependent on certain functions. Apple says:

Important note for danger seekers: If you would like to push your limits and try the exciting new features of iOS 13, we strongly recommend that you wait until the end of this month for the public beta version with fewer errors.

Who can install the iOS beta?

The developer beta of iOS 13 is only available for the iPhone 6S and newer iPhone models and comes in the form of the iPadOS on the Apple tablets. Here it is for the iPad Air 2 and newer, all iPad Pro models, the iPad of the 5th generation and newer as well as the iPad Mini 4 and newer models.

It is also necessary to have a developer account  with Apple to download and install the beta.

How to install the first developer beta of iOS 13

Surprisingly, Apple has changed the way you can download the new iOS beta. So far, it was possible to install the beta directly from the iPhone, iPad or iPod touch – but that is no longer possible. Instead, you’ll need to use a Mac because you’ll need to download and install the beta of Xcode 11, the app development tool. Then you have to open iTunes (the end of which was announced yesterday) to install iOS 13 that you downloaded earlier.

An alternative method allows you to do without the Xcode 11 beta, but you will need to download the beta from macOS 10.15 Catalina. A Mac is also required in this case. Then simply connect your iPhone here, open the Finder and install the iOS 13 beta.

In both cases, of course, we recommend that you backup your data. In case of problems, it is so easy to return to iOS 12.

Please also note that the public beta will be available in June. You can already register for them on the Apple website and then install the update via OTA.

Are you planning to test iOS 13 immediately or are you waiting for the final or more stable public beta?