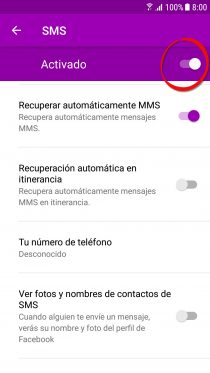 If you activated them out of curiosity, we explain how to disable or remove SMS from Messenger. And if you are tired of the application, you can uninstall it.

The SMS function in Messenger allows you to send and receive classic text messages (through the operator) with this application. The problem is that when activating this option, they are mixed with Facebook messages (although they can be easily distinguished). Also, you can no longer use the default APP to send messages. Fortunately, you can disable Messenger SMS very easily, as follows. 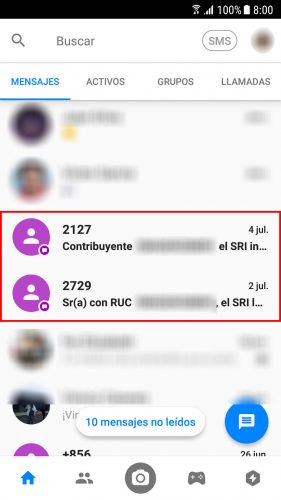 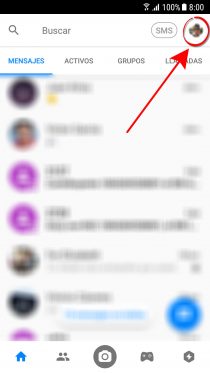 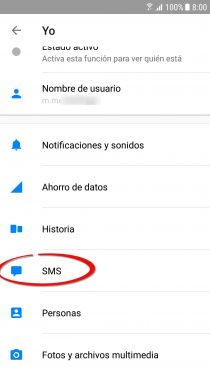 After disabling the Messenger SMS function as indicated, a window will probably appear where you will have to choose another default Messaging application (you probably want to return to the default app, called «Messaging»). If this window does not appear, you will have to make the change manually, like so:

Obviously, the procedure is practically the same as before, only by activating the mentioned switch.

If you are tired of the Messenger application (it is one of the most consuming batteries and resources on your phone), you can uninstall it:

If the application comes pre-installed from the factory on your phone, instead of the Uninstall button, you may only see the Deactivate button. The effect is similar. The only advantage of deactivating Messenger is that you can activate and use it again, without having to download and install again.

More about SMS in Messenger

When activating Faceboook Messenger as the default SMS application, the SMS can still be seen in other SMS applications installed on the Android phone (including the factory SMS application), but you can only send messages of this type from Messenger.

Facebook indicates that the processed SMS will not be saved on the company’s servers, but only on the phone. In addition, Messenger SMS and instant messages will be kept separate, even if they are conversations with the same contact (they will not be mixed in the same conversation). Both types of messages are distinguished by the colors they have within the application. Instant messages are blue, while SMS will be purple.

Facebook says that by activating the SMS function on Android, the user will be able to send stickers, as well as images, videos and audio in addition to conventional text messages. But it is possible that messages with this content are charged by the operator as multimedia messages (MMS). Additionally, SMS can also take advantage of the bubble functionality, as long as the user has this feature activated in the Messenger settings.

How to appear offline on Facebook and Messenger (remove green dot)

Where to get an online number to verify services by SMS