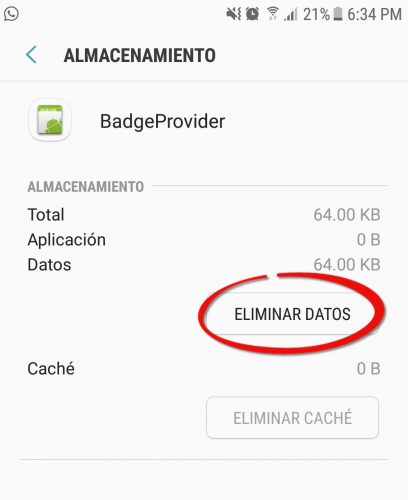 Learn how to remove the number of notifications that appear on Android icons.

How to remove notifications on Android icons

That number or red notification balloon can be very useful, but not all of us want it to appear. In the case of a Samsung Galaxy cell phone, the easiest way to remove those notifications in the Android icons is to do the following:

Another way to remove notification balloons from all icons at once (on the desktop and app menu):

In both cases, the downside is that you will have to do this every time you have new notifications. To remove the number of messages permanently you must install an alternative launcher.

Some devices have the option to “Disable” the Badge Provider application (a button that appears in step 5). That will also disable notification balloons indefinitely and in all apps, until you re-enable it.

How to remove the NOTIFICATIONS and their sound on Android

The two mentioned methods normally only work on Samsung Galaxy. The Launcher Touchwiz of these devices is the one that uses the information from the Badge Provider app to show the notifications in icons. However, if your Android phone is of another model and you cannot remove the number of messages from WhatsApp or other applications, you can also install the Nova launcher mentioned above to get rid of that counter.

How to have INVISIBLE applications on Android (icons)

The ultimate solution to an icon-filled home screen

How to prevent WhatsApp messages from appearing on the screen