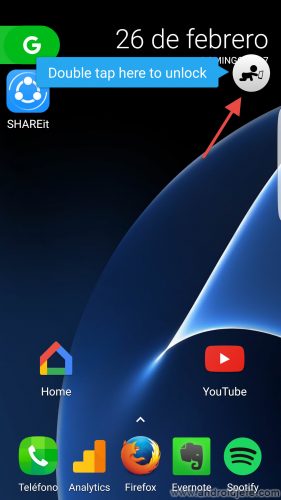 We teach you to disable the touch of your Android temporarily. Locking the screen in this way is very useful while watching a video and you don’t want to accidentally exit.

The Touch Lock application blocks any touch made on the mobile screen , so that it does not take effect. So you don’t have to worry about playing it by mistake while watching a movie on Netflix. Or also if the little one in the house is watching a video on YouTube and you do not want him to accidentally leave it and start crying.

Lock the TOUCH from the screen (and touch buttons) 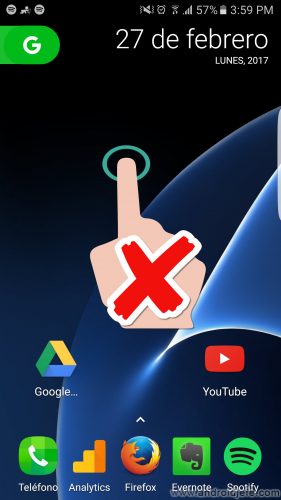 This app not only temporarily disables the touch screen . You can also disable the touch buttons on the phone and even the volume buttons . The only button you cannot disable is the power button. Obviously it offers an easy and quick access way to return the original functionality to the phone.

Touch Lock also offers a video section, but only in English. Luckily, YouTube videos can be imported into the app.

How to put a screen LOCK on Android

To activate the lock, simply tap on the Touch Lock notification . There are three buttons on it: to lock the screen and buttons , only the buttons (leaving the screen enabled) and to access the video area . 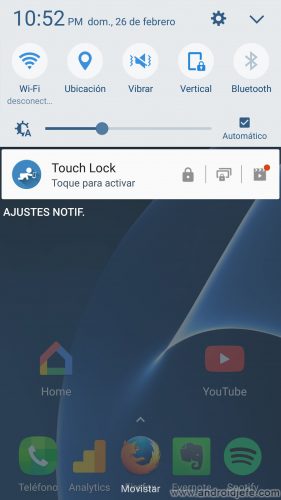 It is a good app, which does not have irregular consumption of battery or memory . Before you can use it, you must enable some permissions that it requires to function properly. When opening the application a virtual assistant will guide you step by step in its configuration.

The purpose of this touch blocker is to avoid accidental changes on the screen . For example, inadvertently hanging up a video call. It is very useful so that children do not deconfigure the device while watching videos or other content. You can also solve the problem of accidental touches on the curved screen of the Samsung Galaxy S7 Edge, while watching videos holding it with one hand.