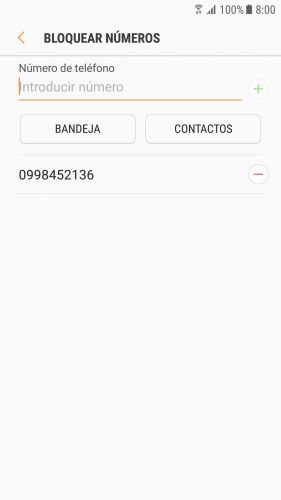 Do you think text messages or SMS were blocked? Keep calm first. Technically it is difficult to know for sure, but some clues may give you the possible answer.

Indeed, the other person can block your SMS. The message can be sent correctly from your cell phone, but cannot reach the other phone. To find out if the text messages were blocked, or if the other person only has the cell phone turned off or is without a signal, consider the following. 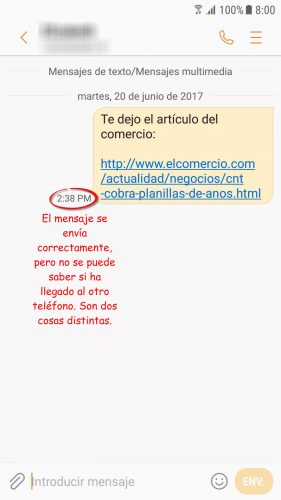 Blocked SMS? How do you know?

Have you been blocked in other services?

If you suspect that your SMS was blocked, the other person probably blocked your calls as well. In that case you will have to call her and pay attention to the ringtone. If you ring only once or twice and the call is forwarded to the mailbox, you may be blocked. The operator processes the call correctly, but when it reaches the other cell phone, it is blocked and sent to the mailbox or closed by the Android system or by some blocking application.

To rule out that the phone is not turned off or out of service (in these cases there may also be the same ringing behavior), call from another phone and check if it rings more than three times or the call comes in and the person answers the phone.

The same logic can also be applied with social networks. If SMS blocked you, possibly it also blocked you on WhatsApp or Facebook. Check if the messages do NOT arrive from your accounts and they DO arrive from a friend’s.

Some operators, such as Movistar Spain, can notify you of the delivery of the SMS message that can help you conclude something, but it is not a service offered by all companies.

If your calls are blocked, will the SMS arrive?

Some phones, such as the Galaxy S7 Edge, block both calls and SMS by adding a phone number to the lock system.

That may depend on the cell phone. For example, in modern Samsung cell phones, the blocking of calls and SMS is unified in the same functionality. This means that if calls are blocked, SMS will automatically be blocked and they will not arrive either.

But that is not the case in all cell phones and not in all blocking applications (if one is used). For example, on some older Samsung Galaxy phones, the lock is independent. That is, blocking a cell number can be done only by calls, messages only, or both.