If you find a text or image with text that you do not want to manually transcribe in a translator, you can focus it with the cell phone camera to see the translation on screen instantly. Similarly if you have photos or images stored in storage.

Instant camera translation was the purpose of WordLens , but Google purchased and integrated this technology into its mobile apps that can be downloaded or used for free . I’m talking about Google Translator and the «Google» application that surely already came installed on your Android. They are the best options right now to translate  English to Spanish and other language pairs easily. 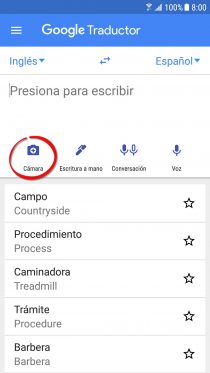 The great advantages of this tool are that you will be able to translate offline or WITHOUT the internet (after downloading the compatible languages ​​from Menu> “Translation offline”), it automatically detects the source language and incorporates an instant image translator (for photos or images saved in your device). Another equally good application that has all these features is Microsoft Translator. 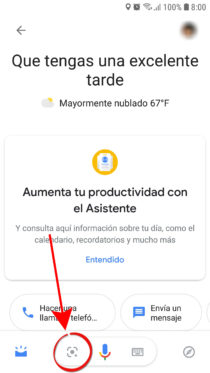 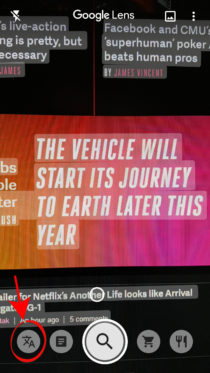 On some devices you can also access this function by pressing and holding the Home button. After skipping the Google Assistant, you may see the “Updates” button at the bottom.

Obviously, the good thing about Lens is that it is a camera translator that works WITHOUT downloading an additional app. However, you must be online or connected to the Internet to generate the translation (there is no “offline” mode as in the previous case).

How to TRANSLATE the screen with this translator for Android

3 applications to identify objects by photos or with the camera