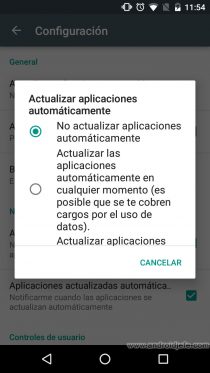 A good example of cell phones with little internal memory are some clones, Chinese or counterfeits (1, 2), which barely have a storage of around 1 GB. These phones deceive the user into believing that there are several GB of storage available, but after they install a couple of applications and save some photos, they already receive the memory full warning.

Previously there has been talk of how to free the internal memory full of an Android, but in the case of cell phones with little storage, you must also use other strategies, because here the gain of space does not only mean deleting the few data and user applications, but also in managing the data that the system occupies. I have managed a couple of devices of this type, and the tips indicated below have helped me free up space in them so that at least the cell phone continues to perform in an acceptable way and serves to save an occasional emergency photo or important app that you need anytime. Obviously, here we only talk about managing the internal memory of the device. 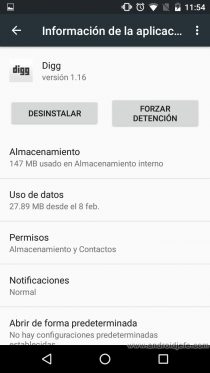 This only applies to user-installed applications. It is very effective to empty the memory and it is highly recommended if they are applications that are not currently being used: 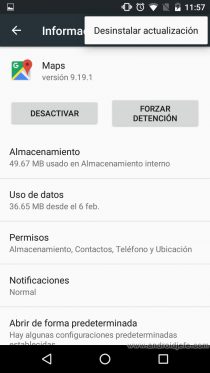 This applies to applications that come pre-installed from the factory on the phone. Some examples are Google company applications, such as Google Maps, Google Play Movies, Hangouts, and the like. Some computers even have the Facebook app pre-installed at the factory. These applications cannot be uninstalled because the “Uninstall” button does not appear as in the previous case. Instead of that button the “Uninstall updates” procedure will appear, which will also help free up space on the device:

The affected application can still be used, only it will not have the latest features that the update has. 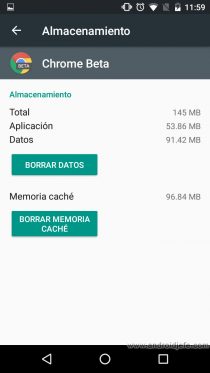 The data in an application includes the settings made by the user to that application, or even data downloaded from it. For example, the data of the Messenger application would be the configured login and photos transferred or shared with it. It is possible that the user does not want to delete this data, but they should know that these can also consume a lot of space on the mobile.

To delete the data of an application, do the following:

Use an app to free up space

There are several applications of this type that are very good to clean the storage of the equipment, without deleting important user data. One such application is CCleaner, which can help clean up to hundreds of MB of storage. Much of this cleaning is usually due to the fact that these types of apps remove thumbnails of images from the device (NOT the images themselves) or the cache, which can consume a lot of space on the phone.

Another way to install CCleaner on your cell phone is to download the APK file and install it manually (it can be found on this page), previously activating the installation of unknown sources on the device, a matter indicated in this article.

Eventually the internal memory will fill up again, but the lower the frequency to maintain the device, the better.

As noted earlier, app updates can consume significant storage on your computer. Once the updates are uninstalled, the Play Store can automatically download and install these updates again (filling the previously released space again), but this behavior can be blocked as follows:

Despite doing this, the Play Store app is likely to update itself automatically. This seems like it can’t be helped, but it is important to verify that after updating, the option of “Do not update applications automatically” is still selected.

The user should bear in mind that updating applications is important at the security level (leaving out new features), since patches generally correct vulnerabilities in this regard. By blocking automatic updating, you are sacrificing security for storage space.

How to solve the problem of low space or memory FULL

How to see what occupies SPACE of storage in Android