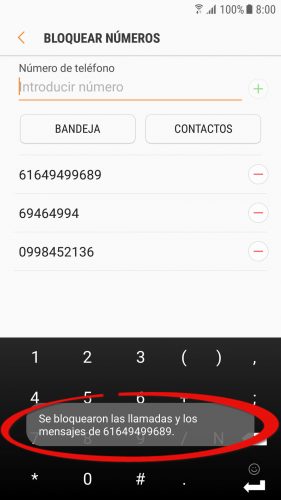 No, you do not need to install an additional application to do this on your Android Samsung phone. These phones have a built-in lock function, which prevents you from having to install an extra application for this simple matter. 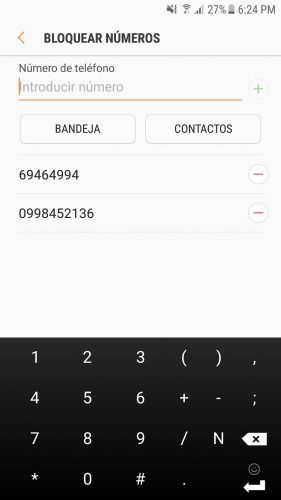 As you will see, this function also allows you to block messages based on the words they contain. And you also have an inbox, where you can see the blocked messages .

What message does the blocked person receive?
The person who sent you an SMS will not be able to know that you have blocked it. You will not receive any SMS indicating that your text message has been rejected, has not been sent, or the like. The message will normally be sent to her, but your phone will not receive it. 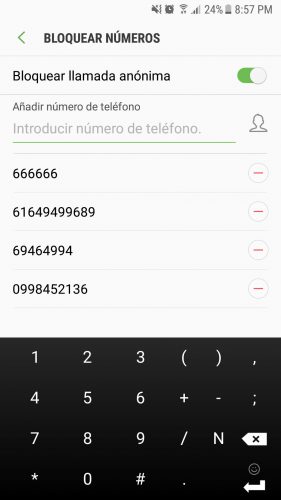 In this case you have the possibility to block incoming calls from unknown numbers. If you need something more advanced, try some alternative applications.

3 applications to block calls on Android

What does the caller hear when they have been blocked?
The person who calls you from a number that you have set as blocked will hear the ring tone a couple of times before the message box goes off (your phone will never ring). The call is processed by the operator but, before the phone rings, the Android system is in charge of hanging up or rejecting the call and sending it to the mailbox. It is because of this process that the blocked caller is hearing a couple of ring tones before being sent to the mailbox.

On modern Samsung phones (apparently those with Android 7 or higher), applications use a common list of blocked numbers. This means that automatically blocking calls also blocks messages and vice versa. Even if you use an alternate phone or SMS app, you will see that they will handle the same blocked numbers.

On older devices, there was no such unified locking system. Calls and SMS had to be blocked independently or by application.

Conclusion
There it is. What better than to use a function of your Samsung Android to block incoming calls and text messages, before using an extra application that consumes resources on your mobile device. Note that the indications described here are for the original calls and messages applications of your Samsung.

3 applications to block calls on Android