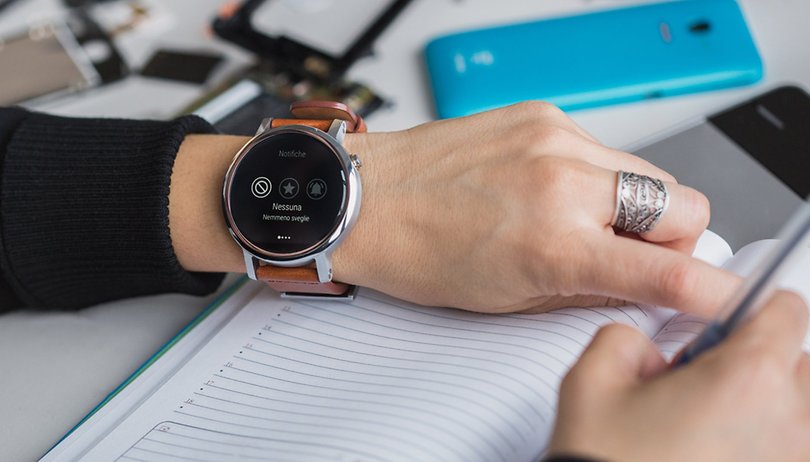 Have you decided to finally buy a smartwatch with Wear OS on board? Congratulations! But this also brings us to the point where you take the watch out of the box and may ask yourself: What now? You can find out here! Because we explain to you how you connect the smartwatches of different manufacturers with your smartphone.

After a long doldrums, smartwatches are becoming increasingly popular, which is also due to the growing interest in physical activity and the maintenance of one’s own health and the lower prices. Wear OS, along with Tizen and WatchOS, is still the most widely used operating system for computer watches. How to pair your watch with the phone. You will learn below.

Jump directly to the section:

As with smartphones, it is not necessary for the battery to be fully charged to set up a smartwatch. Nevertheless, it is best to have at least 50 percent charge. The easiest way is to connect the watch directly to the mains during setup.

Connect the Wear-OS smartwatch to the Android smartphone

The synchronization of your smartwatch with your Android smartphone is really easy and everything works automatically. First you have to download the “Wear OS by Google” application on your phone. If you then grab your smartwatch and start it up, you can switch to search mode by swiping. Then select the corresponding smartphone on which the same pairing code is displayed and Voilà: Both devices are now connected to each other.Android Wear – Smartwatch

The smartwatch then automatically searches for the latest version of Wear OS and installs it. The further configuration is continued via the smartphone. The Wear-OS app starts a small tutorial, which is very useful if you are dealing with a smartwatch for the first time. After accepting the terms, it’s time to install new apps on the device you plan to wear on your wrist.

You can now install what interests you in the Google Play Store. If you go to the store via the Wear-OS app, you even end up directly in the area for Wear-OS applications that have been perfectly adapted to the small display. There may be some applications that require watch interaction with your smartphone. But we have also put together some of the best apps for you:

Connect the Wear-OS smartwatch to the iPhone

The  Wear OS app  is also available on iOS. The synchronization is started here via the app and runs mostly the same as on the Android smartphone. As soon as the iPhone and watch have been found, enter the pairing code and your smartwatch connects to the Apple smartphone.

Connect a Motorola smartwatch to your smartphone

Motorola offers a range of three smartwatch models: Moto 360, Moto 360 (2015) and Moto 360 Sport. All watches are still equipped with Wear OS and the synchronization process is exactly the same as described above .

After synchronization, it is also possible to use the special Motorola Connect app, from which the dial and all other functions of the American company can be accessed.Motorola Connect

Connect a Sony smartwatch to your smartphone

The Japanese manufacturer Sony only offers a smart watch with the SmartWatch 3 (SWR50), but it never got the update to Wear OS and still runs with Android Wear. Despite these minor inconveniences, the synchronization process is the same. Sony also comes with the Lifelog app, which you can use to get the most out of your smartwatch and which can be used to turn the watch into a kind of fitness tracker.Lifelog

Connect a Samsung smartwatch to your smartphone

The peculiarity of the Samsung smartwatches is that at the beginning they only worked in conjunction with a smartphone from the brand. Fortunately, Samsung has changed that with the Gear S2 and all subsequent watches can be synchronized with smartphones of any other brand. This works thanks to the special app that you can use to control Gear S3 , Gear Fit2 , Gear Sport , the Galaxy Watch  and the Icon X headphones  and the Galaxy Buds .Samsung Gear

Connect a LG smartwatch to your smartphone

The same applies to LG as to Motorola: All smartwatches from the South Korean brand run with Wear OS. For this reason, the coupling takes place here as described above. The smartwatches previously released by the brand are: G Watch R ,  Watch Urbane , Watch W7 , Watch Sport , Watch Style .

Connect a Huawei smartwatch to your smartphone

Huawei has released several smartwatches: Huawei Watch , Huawei Watch 2 , Huawei Fit and Huawei Watch GT . The first two in the list run with Wear OS and can then be synchronized with your smartphone via the Google app. For the other two, you need the Huawei app for synchronization.Huawei Wear

Connect an Asus smartwatch to your smartphone

The latest and still over two year old smart watch from the Taiwanese manufacturer is the Asus Zenwatch 3 with Wear OS. Again, follow the synchronization instructions above .

Connect a Pebble smartwatch to your smartphone

Pebble, currently owned by Fitbit, offers three smartwatches: Pebble, Pebble Time, and Pebble 2, with all U.S. watches compatible with both Android and iOS.

To configure it, you have to download the special application for the appropriate model. Then all you have to do is register it and follow the instructions for setting it up. After the synchronization, you can install the various apps on your smartphone. We recommend that you download and use the Pebble-Rebble-App that this is still a pretty mess in the Play Store.