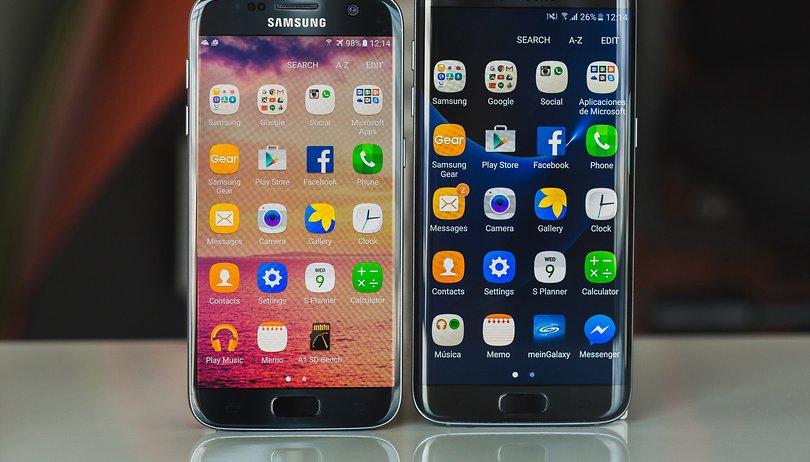 Samsung has provided the Galaxy S7 and Galaxy S7 Edge with Android 8 Oreo. But even though it’s the last major Android update, the South Korean manufacturer continues to deliver the latest security updates for the two former flagship smartphones. Here you will find the current status.

With Android 8 Oreo, Samsung has distributed the last major Android update for the Galaxy S7 and Galaxy S7 Edge. A jump to Android 9 Pie or even Android Q does not have to be expected by smartphone owners. But Samsung does not drop the extremely popular Galaxy S7 (Edge) and continues to deliver security updates.

Oreo update will be rolled out again

What lasts long … will hopefully be good this time. After the Oreo update was temporarily suspended by Samsung for the Galaxy S7 and S7 Edge, the new firmware is finally rolling out. This means that the 2016 top smartphone from Samsung will probably receive its last major software upgrade. First of all, the update for the free devices with the product code DBT and the Vodafone variant with the product code VD2 should be supplied with the almost 1.3 GB update.

With the update you will not only get Android 8.0, but also the user experience Samsung Experience 9.0 and updated versions of Samsung apps and services such as the keyboard, Samsung Cloud, Samsung Pass and Smart View. The battery life should improve for everyday use, since the background services can now be restricted. The Galaxy S7 and S7 Edge now support the audio codecs introduced in Android Oreo such as AAC and LDAC from Sony via the Bluetooth connections. Google’s May security patch is not part of the Samsung update for the Galaxy S7 (Edge).

Do you have a Galaxy S7 or S7 Edge and have you been able to install the update? Then tell us in the comments or in our Galaxy S7 forum about your experience with Android 8.0 and Samsung Experience 9.0 on the Galaxy S7.

Samsung usually gives its top smartphones two Android version jumps, so for the Galaxy S7 there is still an update to Android 8 Oreo. It has been known for months that Samsung is developing the update. Now there is a report from sammobile, according to which some users in Vietnam have received the update to Android 8. It is unclear whether it is an accident or an S7 Edge that Samsung has registered as a test device.

However, an official release of the Oreo update for the Galaxy S7 is not yet available. According to sammobile, two screenshots show that the Samsung Experience 9.0 is running on the S7 after the update, i.e. the latest version of the Samsung interface. Who knows: Maybe the S7 will even get Bixby with the Oreo update. A short video even appeared on YouTube:

When will the Android 8 update for the Galaxy S7 appear?

The Android 8 update for the Galaxy S8 has recently been released. So when can owners of the predecessor expect an update? Apart from the accidental update in Vietnam, it may take a while for the S7 to receive the update. If we take the experience from the past years as a basis, April could be a realistic time frame: Samsung first provides the latest flagships with the latest Android update, then the older top models are tuned. The last version update for the Galaxy S6 appeared at the end of April 2017. Of course, hope remains that Samsung will release the Oreo update faster for the Galaxy S7.

Important changes can be found, for example, in the performance settings. There you can adjust the performance of the smartphone to your needs and choose an individual mix of battery life and computing power. In addition, the smartphone now renders the user interface in full HD instead of QHD – an adjustment that can be undone.

We already tested the Nougat update for the Galaxy S7 / Edge in its beta phase and got to know the new functions. Above all, you should take a look at the design changes in the screenshots in the articles.

Here is a short list of the new functions that the Galaxy S7 gets with the Nougat update:

If there is still no OTA update for your Galaxy S7 or S7 Edge, you can manually pull a new firmware onto your Android smartphone and thus receive it earlier. These steps involve a certain risk, so we would like to warn you about possible data loss or a failure of your smartphone. We cannot be held liable in this case.

First you need the Samsung driver for the Windows PC , the flash program Odin , and you have to download the firmware according to the device number of your device. Initially, the download is available from The Android Soul . The currently available BTU version comes from Great Britain, has no branding, supports all 3G and 4G frequencies relevant to us and can be switched to German.

The fastest and easiest way to download the firmware from Updato . The model can be found in the Android settings under device information ; the region in the table above. Further requirements: at least 80 percent battery, USB debugging activated and a backup in the event that the installation deletes your data from the device.

Then you do the manual Android update of your Galaxy S7 / Edge:

Got an update? Then help us with the research. Just send us a screenshot via Facebook / Twitter / Google+ with the release information and the new baseband version. Also tell us which provider you are with.