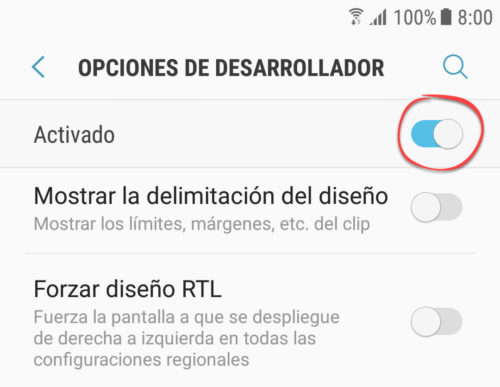 Animations in the Android system are visual effects that are produced when passing between apps, menus and screens in general. The idea is that these transitions look “pretty,” but if you don’t mind you can alter their speed or disable them entirely. In this way, the screens will load faster (or at least you will perceive it that way) and even slightly reduce the CPU / GPU load they need to draw them, something that can help when your phone gets slow.

Android has three types of animations, whose default speed or “scale” is 1x. In the system settings you will find them exactly like this: 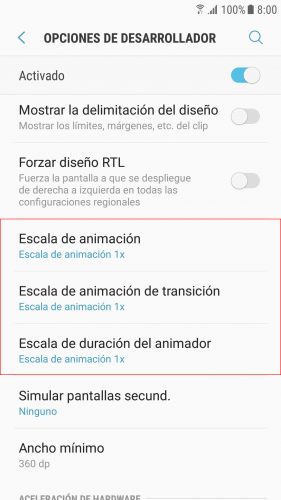 The 1x scale is too fast for you to see the effect, so you can set the value of 10x just to see what each animation does. 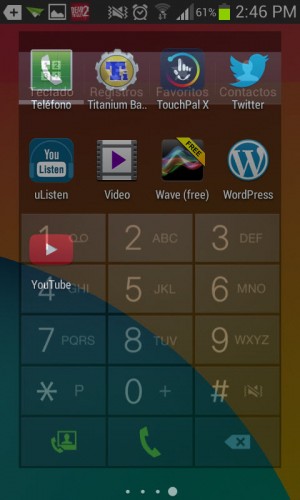 Effect that occurs with the Transition Animation at 10x scale, when you go from the application drawer to the numeric keyboard.

Once you know how these animations work, you can set an even faster value, such as 0.5x, or better yet disable them.

Animations can be found in Android Settings> Developer Options. However, this menu is hidden. To make it visible you must go to System Settings> About device> Info Software and tap seven times where it says Build number.

Enter that developer menu and activate it from the switch on the top right. Finally, look for the animation scales and in each of them leave the option «Animation deactivated» checked.

If for some reason you see strange behavior in an application after disabling animations, use the 0.5x animation scale. At least this will work faster than 1x.

Development options must be enabled for this setting to be maintained. There is no problem in keeping them enabled.

How to force a custom animation scale on Android

5 options for developers that will make your device seem DAMAGED

How to change the DPI on Android