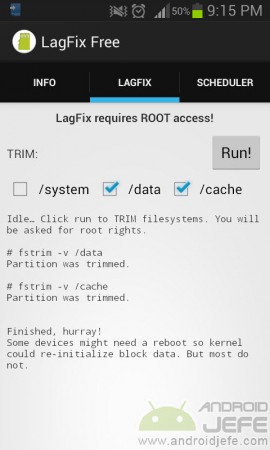 The hard drive (HDD) of a PC is defragmented to increase speed and storage. But, is it possible to defragment an Android? It is necessary?

On a computer, defragmenting the hard disk can improve the reading speed (opening of files or programs), as well as organize or put together the pieces of files scattered on the disk and thus optimize the use of storage.

Why shouldn’t I defragment my Android phone 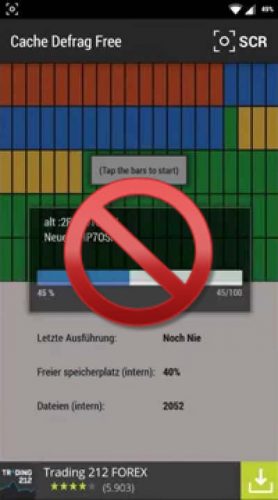 But an Android mobile or cell phone does not have a hard drive. The files are stored in a flash memory called NAND Flash, which is the same memory used by SSDs or solid state drives. This technology is totally different from a hard disk and in this case defragmentation is not applicable. It is useless and in fact is counterproductive.

Defragmenting your Android phone (its NAND flash memory) will NOT rearrange the pieces of files scattered in memory. Consequently, it will also not make it faster or increase the available space. Defragmenting is necessary in a normal hard disk, because having moving parts, the head is able to save the data in different sectors of the disk, and so it is with use. But NAND storage is a chip. It has no moving parts.

And even if you could carry out a defragmentation process on your Android, what you would be doing is reducing the useful life of the phone’s flash memory. This is because this type of storage has a limited number of “write cycles”. And defragmenting would be consuming those cycles unnecessarily.

TRIM, the equivalent of defragmenting

However, there is an “equivalent” to defragmentation for Android. It is a process called TRIM. The TRIM makes it possible to clean junk from the cell phone memory efficiently and thus improves the writing speed. Therefore, the speed of tasks such as downloading and installing apps or file management can be improved.

And a great app for this task is LagFix, an advanced tool that does its job in one click, but it is recommended only for advanced users, who have root permissions.

LagFix is ​​able to “defragment” the internal memory of practically any device with Android 4.0+. Most devices with a previous version of Android come with an internal memory not supported by LagFix (they do not come with an eMMCs memory), so this application will not have any effect on those devices.

Important : First, this tool requires the Android mobile to be root. Second, using this app on certain phones may render them unusable, according to the developer, because of the device manufacturer. Using LagFix has been confirmed to kill phones like the Samsung Galaxy S2, Galaxy Note, Acer A210 / A211 and the LG O2x. Before using it, check the app’s ratings on Google Play to see if someone else has successfully tested it on your phone model. Create a full system backup before using it (nandroid backup) and be prepared to revive your phone in case something goes wrong.

Considering the above carefully, download and install LagFix from Google Play. Click on the “LagFix” tab and then click on the “Run!” Button (The default check boxes for / data and / cache are fine to start with.) 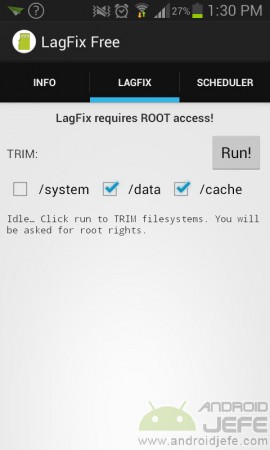 To check the effectiveness of LagFix you can use the application to see the speed of AndroBench memory: run a “Micro” benchmark before and after using LagFix. Check how much the values ​​increase after using LagFix (especially those related to «Write»). If you don’t see any changes, try to restart the phone after using LagFix and check again. I have noticed positive results on my Samsung Galaxy S3 mini (Jelly Bean 4.1+), although I must run it frequently. The paid version allows the app to run automatically from time to time.

TRIM is no longer necessary

Indeed, if you have a modern cell phone, it is NO longer necessary to do the TRIM mentioned above to optimize memory performance. Today’s Android mobiles already perform this procedure automatically, so there is no need to worry. If you have a cell phone made years ago, then yes.