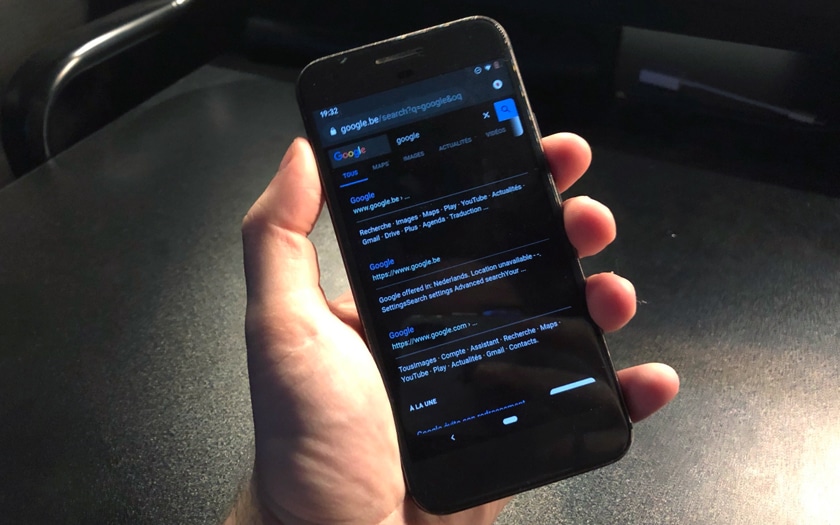 Google has just provided Chrome for Android with a dark mode (in beta) available in the latest stable version of the application. To do this, simply activate a “flag”, then activate the option in the settings. This dark mode changes the interface, but not the sites – although this may change in future revisions of the functionality. In this quick tutorial, we are giving you the steps to activate this feature in less time than it takes to say it.

Right now, dark mode is really the nerve of the war for smartphone app developers – be it Android or iOS. A dark theme has several advantages: it rests the eyes, especially in the dark and the dark. it can also make the text more readable in certain situations, but above all, on smartphones with OLED screen , it saves battery. Indeed on these smartphones, a black pixel is an extinct pixel which does not consume electricity and the dark gray pixels consume significantly less than the lighter pixels.

How to activate Chrome’s dark mode on Android

Once relaunched, the option should now exist in the settings – option that must be activated for the dark theme to appear:

Note : the option will not appear if you have “forgotten” to restart Chrome after activating the flag. If you can’t find the famous “flag” we are talking about in the second step of this tutorial, then your version of Chrome is too old. This feature can only be activated on Chrome 74 and later :

Were you able to activate dark mode in Chrome with the steps in this tutorial? Have you encountered any difficulties? Talk about it in the comments of this article.