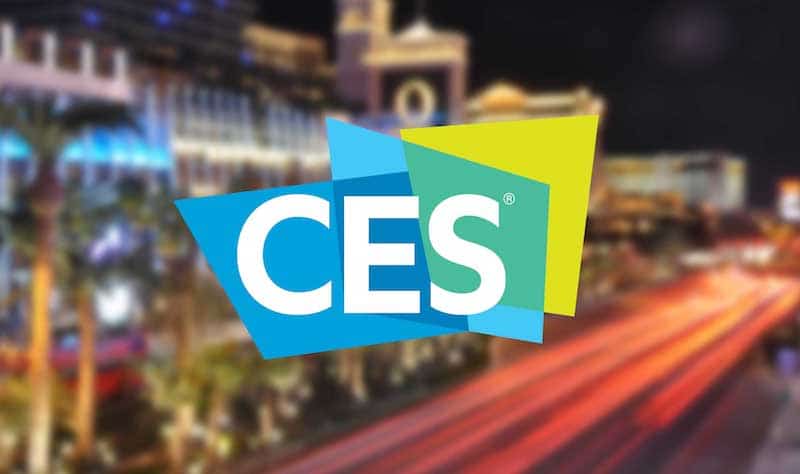 The CES – Consumer Electronic Show- will open its doors, revealing its share of innovations and surprises. If you do not know what CES is and why it is the unmissable annual meeting of manufacturers of smartphones and electronics, like Samsung, Sony or HTC, take a look at the file below!

Like the IFA fair in Berlin , CES is an event not to be missed for all technology fans. On this occasion, brands compete in ingenuity and know-how to impress the gallery. All the honors will go to the company that has been the most innovative. This year, the show will be held in the city of Las Vegas in Nevada from January 8 to 11, 2019 . Before diving into the heart of the origins of CES, we suggest you first discover the program for this year’s edition:

The origins of the Consumer Electronic Show

The Consumer Electronic Show was organized for the first time in history in 1967 in New York City. During this first edition, the Show did not welcome more than 200 exhibitors. Likewise, only 17,500 visitors crowded its aisles. At the time, no smartphones or virtual reality headsets, of course. Dedicated to consumer electronics professionals, this first CES has mainly attracted manufacturers of  televisions, radio and tape recorders . With time and the evolution of consumer electronics, the CES has become interested in other areas.

In 1967, despite a reputation still to be built, the Consumer Electronic Show was able to take advantage of the presence of technology giants such as  Motorola, LG and Philips . In total, only 14 large companies made the trip to the show. The aisles were more occupied by independent inventors than by large firms.

Despite modest success during this first edition, the Consumer Electronic Show continued to be organized. From 1978 to 1994, the CES even took place twice a year: one fair was organized in winter and the other was reserved for summer. Over the years, CES has quickly established itself as an unmissable event for the most innovative manufacturers on the market. During the Fair, it is an opportunity for them to organize conferences. Faced with a crowd of journalists and curious people, they unveil their latest products and prototypes.

In its last editions, CES has attracted far more technology enthusiasts than it did when it first started. In 2016, the fair welcomed 176,676 consumer electronics professionals and up to 3,600 exhibitors. Same success in 2017, the Consumer Electronic Show this year welcomed up to 3,800 exhibitors and 175,000 visitors. In 2019, the show should experience a similar or even greater enthusiasm.

Many major innovations of our century were presented at CES. In 1970 Sony unveiled the first 1 inch tape recorder at CES in Chicago . 10 years later, in 1981, the first camera and the first CD player were presented. In the 80s, the most emblematic consoles and computers made the highlights of the famous show: in 1982, the Commodore 64 made its first public appearance and in 1985, Nintendo presented its NES . In 1992, Apple made its last appearance at the show to present the Newton, a PDA that made a real flop.

It was during the CES of 1996 that the famous DVD, the Digital Versatile Disc,   was presented for the first time, followed by high definition television in 1998. In the 2000s, the living room was mainly monopolized by Bill Gates, until his retirement in 2008, and Microsoft. In 2001, the Redmond company also unveiled the first Xbox there. The successor to the DVD, the famous blu-ray , appeared during the CES of 2004.

In recent years, the show has mainly been invaded by smartphones, with the systematic presence of Sony and its Xperia , connected watches, video game consoles, home automation, tablets and connected objects, such as this cigarette box connected to quit smoking .

Last year, the show was also marked by a flying taxi prototype proposed by Uber , a funny installation to promote a Netflix series , and the appearance of the thinnest flexible touch screen in the world . On the smartphone side, we especially discovered the very first fingerprint sensor under the screen .

Like other years, the CES in Las Vegas 2019 is a very important moment for all manufacturers of consumer technology. This year again, several electronics giants will take the opportunity to unveil their new innovations. If some of these announcements have already been confirmed by the brands, others are still a complete surprise. Thus,  Samsung could take advantage of CES to launch its foldable smartphone .

From January 8 to 11, 2019 , the CES in Las Vegas will welcome many innovations focused on the following trends : connected cars, IOT, 5G and virtual reality. This year, the fair expects 182,000 visitors and 4,500 exhibitors. The announcements will actually start on Sunday January 6, 2019 but will be reserved for the press. We will obviously follow all these conferences with you.