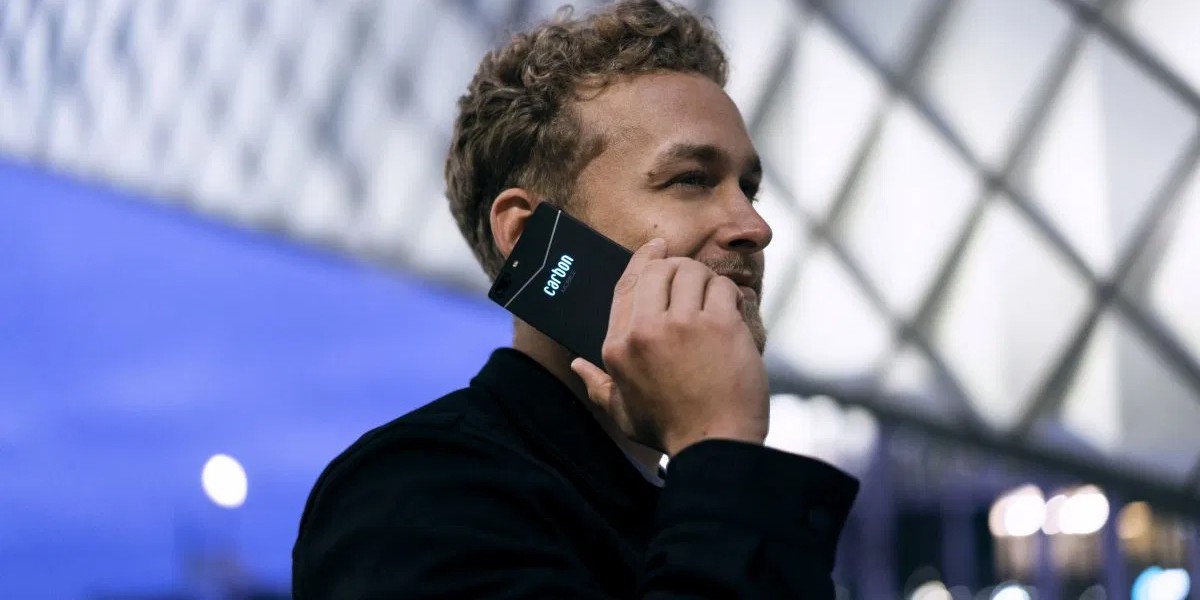 The German startup Carbon Mobile has launched the Carbon 1 Mark II, a smartphone with a carbon fiber housing.

The German-based startup company Carbon Mobile wants to score with an unusual material on the smartphone market. Instead of aluminum or glass, the hardware of the Carbon 1 Mark II – the company’s first smartphone – is housed in a case made of carbon fiber reinforced plastic. Since this composite actually shields radio rays and for this reason has not previously been used on mobile devices, the company has strips of glass fiber reinforced plastic (GRP) in the housing, under which the antennas of the Carbon 1 Mark II are installed.

The carbon fibers used in the “Smartphone Made in Germany” ensure a particularly light and slim design. With its 6-inch format and a thickness of 6.3 millimeters, the Carbon 1 Mark II only weighs 125 grams. Since carbon is not a good heat conductor, the display of the Carbon 1 Mark II serves as a heat sink for the interior. In contrast to other current smartphone models, the screen is also the entry point for possible repairs. It is attached to the housing with double-sided adhesive tape and, according to the manufacturer, is easy to remove. Carbon Mobile hopes that the iFixit platform will have a good repairability score.

Middle-class technology works inside the Carbon 1 Mark II. Carbon Mobile installs an AMOLED screen with a resolution of 2,160 x 1,080 pixels, a battery with 3,050 mAh, eight gigabytes of RAM, 128 internal memory, a dual camera with 16 megapixels on the back and a selfie lens with 20 megapixels on the Front. Android 10 is used as the operating system.

The Carbon 1 Mark II can now be pre-ordered on the manufacturer’s website . The so-called Main Edition is limited to 2,000 pieces. The smartphone costs 800 euros and is expected to be delivered in June 2020. A deposit of 250 euros is due when pre-ordering. The remaining amount of 550 euros must be paid by buyers 15 days before the planned delivery.