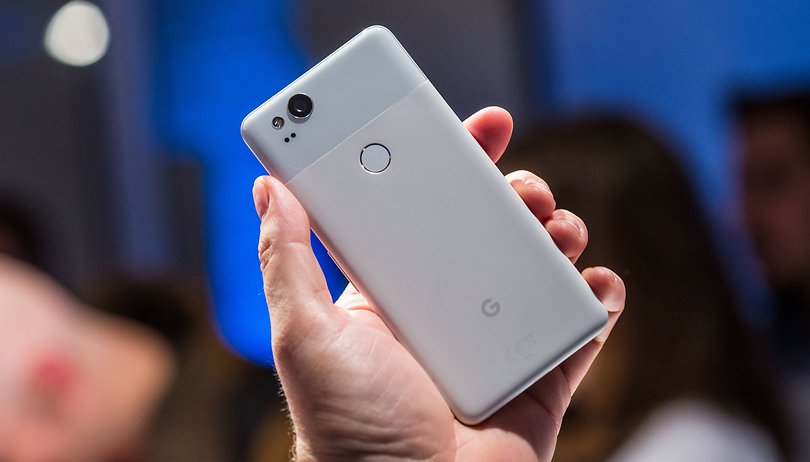 Pixel 2 and Pixel 2 XL are once again legendarily expensive. If you particularly like the software featrues, you can get them cheaper. In addition to the Android Oreo surface features, you can also use the practical everyday features now, even if you are using an older Android version and a simpler smartphone. We tried it out and show you how it’s done.

Google’s new, expensive Pixel 2 has a couple of handy new features. You can also get some of them up and running on your current smartphone for free or at low cost. Jump to the Pixel 2 feature you want to upgrade:

The Pixel 2 has a built-in music title database and recognizes offline the song that is currently playing on the radio. Activates voice search; For example, using “Okay Google” or an assistant squeeze squeeze gesture, the eavesdropping begins. After a few seconds the Pixel 2 tells you what’s going on.

No other device can do this offline; Qualcomm or Google do not provide the feature for the time being. But music search is also possible with other smartphones. If you have installed Google Search, you can simply bring the Sound Search widget to your home screen. Otherwise, music recognition starts automatically because Google voice search intelligently recognizes music.

Lens was usable without Google Pixel 2 for a while. The app is not currently starting because Google prohibits its operation on the server side. It is a matter of time before a hacker releases a modified and executable version. Then the article is adjusted at this point. The progress made so far is also documented by the XDA developers . There may even be a variant that does not require root .

Lens is an augmented reality essay for Google Photos and the Google camera. It was presented to us in detail at Google IO . By the end of the year, the software expansion for the pixel devices and maybe also for other smartphones will be activated.

Motion Photo is Google’s answer to Apple’s Live Photos. A short video clip is added to each conventional photo, which has saved the scene in motion. Samsung’s Galaxy S8 / Plus or the Note 8 also master this function natively. You have to equip other smartphones with an app like the Magix Camera.Camera MX – photo & video camera

The app creates GIF animations instead of photos. Beebom explains how the app works .

Don’t let your smartphone disturb you while driving

Another function that Google has copied from Apple is trip detection. In the car, notification tones distract the driver. So the Pixel 2 automatically activates the mode Only important interruptions , as the XDA developers have determined.

Android Auto is the ideal app for the car. It replaces the surface of your smartphone with a simplified, completely voice-controlled surface. Notifications are displayed in a greatly enlarged form and are read out by the Google voice output when tapped. Then the smartphone asks you whether you want to answer the notification via dictation function; optionally you can simply mute notifications from this chat.

Android Auto comes from Google and is available for free in the Play Store. Android Auto – Maps, Media, Text and Language

With the Action Launcher, the cosmetic adaptations of Android Oreo or the Pixel 2 Launcher are being made available bit by bit for older smartphones. While the XDA developers take it very positively and 9to5Google very enthusiastically turns it into a how-to, the implementation so far has given me little pleasure.

For one thing, the adjustments are still beta features. On the other hand, check-outs are sometimes asked for essential adjustments. The in-app purchase for a whopping 4.99 euros tripping hazards, activates the search box known from the Pixel 2, gives you counters on the app icons, extends the homescreen gestures and converts app icons into folders. The package with the adaptive Oreo icons costs a further 4.79 euros.

Without the almost obligatory in-app purchase, the range of functions of the Action Launcher is considerably smaller than that of less aggressive launcher competitors such as Apex or Nova . The latter is also known for making features of future Android versions available for older devices. So it’s worth waiting for the competition.