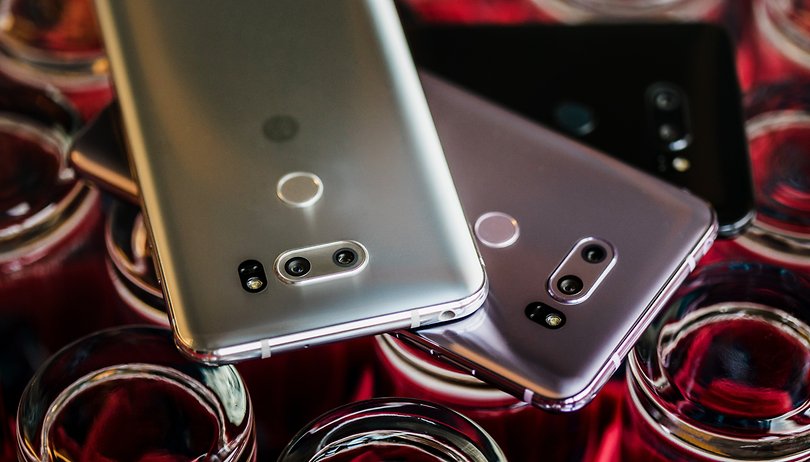 On its product page, the LG V30 promises professional video recordings. The data sheet also sounds exciting with the ultra wide-angle lens and F1.6 aperture for the normal lens. We already have pre-series devices in the editorial office – and the video functions of the V30 have been taken apart in detail.

Before the IFA, we had the opportunity to attend an exclusive presentation of the LG V30, which focused more on the video quality of the smartphone. A key topic there was the video functions. The LG V30 should therefore approach cinema cameras in terms of dynamic range and enable the recording of log video, as is customary in professional environments.

While log videos require extensive processing of the video material on the computer, there is also the option of performing color correction directly on the smartphone. In cine video mode, certain looks are then available, for example noir, pop art, thriller, historical or “summer box office hits”.

According to the hardware requirements listed below, I would first like to go into those looks. Finally, the last part of the article becomes more technical: Here we want to take apart the log video function.

The heart of every camera is the image sensor. The LG V30 uses a Sony IMX351 for the standard camera, which from the technical data does not necessarily belong to the creme de la creme of smartphone sensors.

With a size of 1 / 3.1 inches, the light-sensitive chip is about 30 to 40 percent smaller than the sensors of most Android competitors. Accordingly, with a resolution of 16 megapixels, the sensor only has a pixel pitch of around 1 µm. After all, the F1.6 lens directs a lot of light onto the smaller chip, and there is an optical image stabilizer.

Opinion by Stefan MöllenhoffBoth image sensors of the LG V30 are too small compared to the competition.Do you agree?5050366 participants

Speaking of which: the lens offers a picture angle of 71 degrees, which corresponds to a focal length of around 30 millimeters in the 35mm equivalent. Compared to other current smartphones, this is a little less wide-angle – but the LG V30 still has the super wide-angle lens on board for panoramic images.

The second lens covers an angle of 120 degrees and is also relatively bright with F1.9. However, LG installs an even smaller Samsung sensor behind the wide-angle optics, which also has a pixel size of one micron with 13 megapixels. The wide-angle lens can be forgiven for the lack of an optical image stabilizer – after all, camera shake has less of an impact at low focal lengths.

The technical requirements now leave a little doubt as to the promised “professional video quality”. A Golf with a standard engine will not drive a 10-second quarter mile, no matter how many spoilers.

At first glance, “Cine Video” sounds the most exciting of all the V30 recording modes. Here the user can choose between a whole range of different styles for the videos, which ensure really nice results. With “Thriller”, the videos look like they were filmed at night, “Flashback” gives the recordings a nice sepia look, and “Summer blockbuster” tries the gaudy, lively grading of light Hollywood blockbusters.

There is also a “Point Zoom” here. This enables smooth zoom runs not only in the center of the image, but in any image area. However, such zooms are not possible from the wide-angle module to the telephoto range, but only based on the standard focal length of the telemodule. The wide-angle camera is unfortunately not available in cine video mode.

While the quality is still okay in good lighting conditions, the results in the semi-darkness leave something to be desired. With the small image sensor, however, the physics of the spoilers is simply and poignantly. In addition, manual setting options in cine video mode are non-existent – the highest feeling is exposure compensation.

Just for the sake of completeness: There is also a fully automatic video mode without any settings. This can be activated by pressing the video recording button in the general automatic camera system. Plus point: Here you can also film with the super wide-angle lens. Minus point: The point zoom does not work here again. According to LG, a noticeable jump would be inevitable when switching between the two image sensors.

Then there is finally the manual video mode, in which LG’s engineers have packed pretty much everything that could even be stuffed from a cinema camera into a smartphone. There is a 24p mode for the cinema look and manual setting options for white balance, exposure compensation, ISO sensitivity, shutter speed and a manual focus even with peaking function. By the way, the autofocus in video mode also works wonderfully.Opinion by Stefan MöllenhoffThe setting options in manual video mode are unbeatable on the LG V30.Do you agree?5050275 participants

Even with the audio settings, LG is generous: there is a gain control for leveling out the volume, limiter against accidental overdriving, as well as wind and even adjustable low-pass filters. I generally find the quality of the recorded stereo sound very good. However, you have to be careful not to cover the microphones, and breathing noises can also be heard clearly if you hold the V30 too close to your face.

And finally, in the settings of the manual video mode there is also the switch that activates the legendary log video recording. However, the wide-angle lens is not available in log mode. According to LG, the reason for this is the sensor’s lack of HDR capability in the wide-angle module.

As the Korean camera specialists from LG have confirmed, the LG V30 actually records log videos in 8-bit 4: 2: 0. In the following paragraphs I would like to explain these very technical terms – whoever finds this too complicated is motivated to skip the next four paragraphs and jump straight to practical use. But what does log video in 8-bit 4: 2: 0 mean?

Let’s start with the simple part: the bit number. An 8-bit recording means that 256 different brightness values ​​are available per color channel. Practically all smartphones and even many professional cameras record in 8 bits. High-end models shovel up to 12 bits into memory, which corresponds to 4096 brightness values. The more information is available, the better.

Last but not least, log video follows – as a contrast to the linearly coded videos that are usually found in non-professional cameras. The “problem” with linearly coded videos is that brightness itself does not function linearly as a measure of light particles incident per image sensor area. In the case of a linear measurement, half of the 256 brightness values ​​available for 8 bits are then available for the upper 50 percent of the brightness spectrum, which, however, comprise only a small part of the actual dynamic range due to the non-linear perception. Conversely, there is no space in the video codec for dark areas of the image, which we can also distinguish very finely due to the logarithmic perception, which makes subsequent editing difficult and at the same time costs dynamic range.

However, log videos now have the disadvantage that they look extremely low-contrast and flat directly from the camera, because the dark areas of the image have been shifted upwards in the brightness spectrum. There is no way around a subsequent color correction. So-called look-up tablets, or LUTs for short, are then available to correct the logarithmic brightness distribution for the human eye. LG would also like to make these available for a number of video editing programs.

Professional video quality from the V30 …

… despite all the contortions, one shouldn’t expect it. As was to be expected from the small 1 / 3.1-inch Sony IMX 351 image sensor, the image quality quickly goes down in low light conditions. The recordings then have a strong chroma noise that cannot be easily removed. In addition, without a suitable LUT, I sometimes found it very complicated to correct the colors in the log videos.

On the positive side, it is striking that the dynamic range of the videos in log mode is really surprisingly good. Burnt-out skies really only exist with very stark contrasts. However, I had real problems with the color rendering on a green branch – the color correction or the grading of the log videos has proven to be unsatisfactory with both Adobe Premiere CC and Blackmagic DaVinci Resolve without suitable LUTs. As soon as the LUTs for the launch of the LG V30 are available on the Smart World portal , we will take a closer look at the log videos – and the final firmware will also improve a bit here.

Conclusion: does the iPhone X do better?

Aside from the log video, the V30 has a number of exciting features for video fans to offer, including point zoom and the diverse looks in cine video mode. I am also a big fan of wide-angle optics, which delivers great results on the one hand with little space and on the other hand with large motifs.

But it is an unfortunate shame that LG did not manage to cleanly balance the great features. The many functions are only available in different modes, so that each of the various recording paths comes with different restrictions.

Even if one or the other user may get upset about the comparison in the comment columns, he is still an option. Apple has also introduced new video features for its iPhones  , but would never put such a mess on its users. The motto here is very clear: what is on board must be absolutely consistent and function unconditionally.

With all the enthusiasm for log video & Co. that is basically there, I cannot say that of the LG V30. There are a lot more features than any other competitor, but always in conjunction with Gebastel.

The bottom line is that LG or Apple now offers the better way, every user has to decide for themselves. I look forward to your peaceful opinion in the comments. And if you want to read more on the topic, I recommend Eric’s article on Android against iOS .