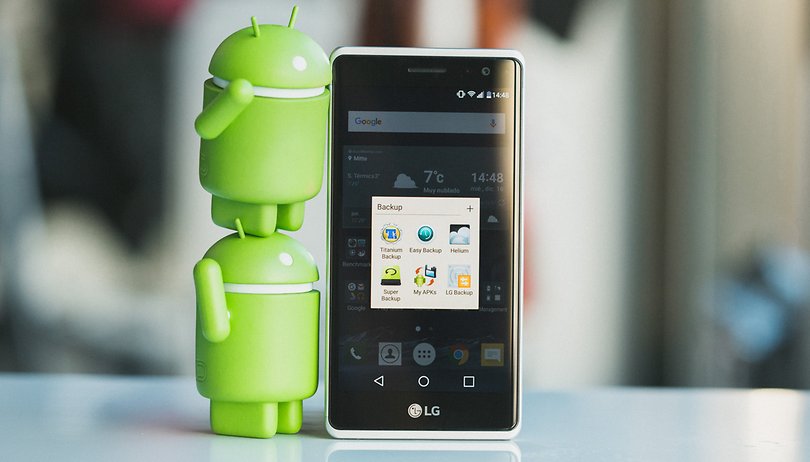 If you change the smartphone or reset your device, you have to reconfigure all apps. But there are ways to back up app data and transfer it to the new smartphone. Backup apps promise help, but do little. There are good solutions for smartphones with root access, but they are complicated to use and come with a loss of warranty. Here you get an overview of what really helps with app data backup and what alternative is available.

What is app data?

If you use an app on your Android smartphone, your configuration, chat histories, log-ins and so on are saved in an extra directory. This directory can be in the private or public part of the smartphone memory. Most apps use the secure private version, but make data backups more complicated.

Android apps are set at the factory so that they use Google’s so-called Android Auto Backup and regularly save this data in your Google Drive. In our sample, however, it was found after the recovery of such an automatic backup that the data backed up in this way is often only incompletely restored or is outdated.

The Android Auto Backup launched in 2015 raised hope for perfect data backups like Apple’s. However, this remained unfulfilled. Finally, it remained that a number of app developers such as WhatsApp or Threema continue to use fiddly niche solutions or that the user resigns himself to starting from scratch.

An exception is Huawei’s Phone Clone backup system , which actually makes the upgrade from one Huawei or Honor smartphone to another as seamless as you know it from iPhones:

Which data do you want to save?

First of all, we want to identify which data you want to back up from your smartphone. Because maybe one of our other articles will help you better:

This article, on the other hand, will show how you can continue to use apps on the new smartphone as you can on the old device. Settings and log-ins should continue to be used one-to-one. Spoiler alert: This is not always possible. Why it is like that?

Some app developers prevent the necessary data exchange in their configuration. Then neither the auto backup mentioned above nor the manual backup via Android Debugging Bridge, which we also tested, works in the command line. And so we came to the conclusion at the time:

The Helium Backup app, which was actively maintained until 2016, promised a perfect backup of your app data. In theory, helium can still be used today because it is based on still valid ADB commands from the above-mentioned command line method. This works without root access.

We tested helium backup in a separate article . Back then, it was in top form and was actually able to back up data from a number of apps. Above all, paired with root rights, the paid version could do more thanks to automatic backups of your app data than the blasted Android Auto Backup. That would still apply today if helium were not so neglected.

Unlike helium, Titanium Backup is still under maintenance. Although this backup app is significantly more effective than helium or Android Auto Backup, it is likely to cost you a warranty claim on your smartphone. Because even for the basic function, Titanium requires super user privileges; that is, you have to root your smartphone . This will probably disqualify this method if you want to transfer your app data from the old to the new smartphone. If you are still interested, read the separate article:

You can achieve a perfect backup for recovery on the same phone with Custom Recovery. The most popular tool here is TWRP, which is available for a number of smartphone models. Similar to Titanium Backup, most smartphones do this at the expense of your warranty claims. You can find details on this in our overview:

Backing up your app data in Android is neither simple nor reliable. So that the re-setup or re-setup of your smartphone is at least a little faster, a password manager can help. Because the greatest effort is required to log on to all apps again. The log-in process is accelerated by password managers, who fill in the user name and password for you automatically.

The autofill interface introduced with Android Oreo in 2017 turns your Google account into a native password manager. However, third-party providers such as Lastpass or Keepass provide the option of automatically entering passwords in older, autofill-incompatible apps. See in the separate article …