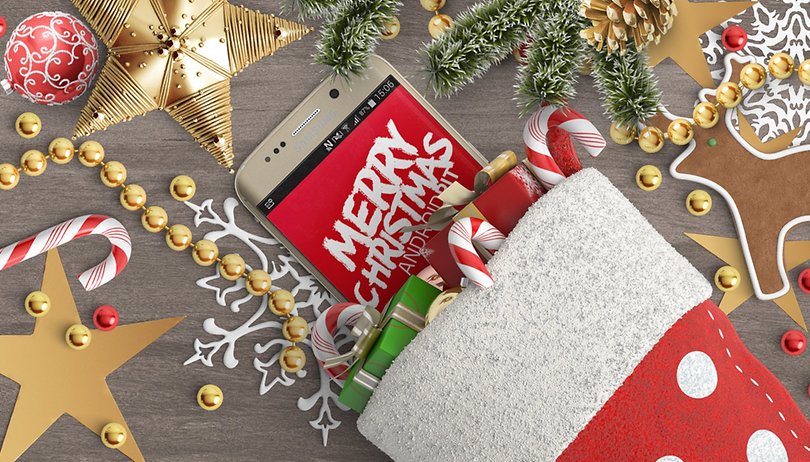 Before Christmas there is an important question: Which gift is the right one? How can I be sure that the gift does not become dusty after a few weeks, but actually enriches the life of the recipient? Digital assistants such as Amazon Alexa, Google Assistant or Apple Siri are said to be one of these much-advertised enrichments. I talked to Pierre about whether they belong under the Christmas tree. That came out of it.

The currently leading providers of compact and inexpensive voice assistants for home use are Apple, Amazon and Google. Amazon and Google in particular have opened their ecosystem so that the devices can be networked with a number of new electronic devices in order to control them by voice command.

Pierre and I have worked extensively with the Amazon Echos and Google Home in the past few weeks. Therefore, we will go into the Google Assistant and Amazon Alexa or the Echo devices and Google Home / Mini in the following.

I have a big trust problem with both Amazon and Google. They are two internet giants that benefit from the sale of products either directly or indirectly through advertising partners. And now it comes to the fat: Neither the Echo devices nor the Google Home family are these products. These are just other channels for Amazon or Google through which they can continue to run their profitable business in your home in the long term.

Pierre: Yes, but you mustn’t forget the added value for the user, Eric. Thanks to the artificial intelligence behind it, the assistants offer a growing wealth of knowledge. They read you Wikipedia articles, tell the weather ahead, plan your appointments, manage your shopping list, play news and radio, read the bedtime story to you and wake you up with your favorite song the next morning.

That sounds lovely, Pierre. But let’s take another look at the business models. Amazon has the Prime program for consumers and an extensive range of data services for business people. Google has its apps and services on a billion smartphones and sells the usage data it collects to advertisers. So the assistants are just the next necessary step: With the always listening Echo Dots and Google Home Minis, they train the speech recognition of their artificial intelligence.

You can turn off the microphones, Eric. Of course, companies have to make money with the products somehow. In return, the functional scope of the assistants is steadily increasing. New products and software updates allow integration into the phone or hands-free system; Free calls to other users of the assistants are already possible or planned. The wizards learn to differentiate between multiple users and to manage permissions: The children can no longer order expensive items on Amazon.

Great, after all, the Echo Dot is no longer a consumption trap for children. Apart from that, I think the audio quality is rather thin, especially with the small assistant devices; I prefer to listen to the radio differently. Unfortunately, I lack a convenient non-profit alternative to Alexa, Assistant or Siri. That leaves me with only the choice of who I want to profit from. And besides, I am eagerly awaiting a corresponding implementation of Mozilla Voice . I would put it in the room immediately.

Certain smart home devices such as the Philips Hue lamps can hardly be controlled comfortably without the voice commands. Your full advantage will only come out through the assistants. And once you start talking to your home, you will quickly get used to it. Our colleague Steffen discussed this in his experience report and even his children are now giving Alexa commands. The next generation will accept it as a completely normal part of our lives.

Yes, but this naivety is of great concern to me. Especially since the assistants create a large target. Your point is to network our home electronics and make them centrally controllable. With this networking, however, there is great potential for abuse. After all, every single element of this network of the Internet of Things is potentially a door to my home. What if someone opens my Smart Lock through my unsafe WiFi refrigerator?

Which assistant is the better one?

Google and Amazon in particular are currently battling head-to-head with the quality of voice services. The basic functions as well as the integration with smart home hardware from third-party providers are largely congruent. Unfortunately, the same also applies to the disadvantages and concerns regarding data protection. How Alexa and Google Assistant differ concretely, Pierre and I will analyze in a separate article.

Users of Google services have a better quick start with the Assistant in Google Home. After setting up, they can access your existing calendar immediately and know your news interests from old Google Now data.

If Google is not as important to you as music streaming on demand, you should probably get an Echo Dot. The inexpensive Alexa Puk can be connected to your stereo system via Bluetooth or jack cable. This solves the problem of inferior sound quality in no time. Multi-room audio, on the other hand, is only available with Google Cast, but you don’t need a Google Home for this.

Is there a conclusion yet?

Since the mini-editions of the assistants are available at such low prices, you can safely try both and play a little with them. But they only come into their own with a little smart home accessories. You can find smart lamps at IKEA or in the Media Markt.

Everything else will emerge over time. The software updates on the devices themselves but also on the AI ​​servers behind them make the wizards a little bit better every day. It is not yet possible to assess the extent to which their added value will increase in the course of the coming year. But maybe this is exactly the reason for the purchase: You can watch live how the machines gradually learn to understand people thanks to artificial intelligence.