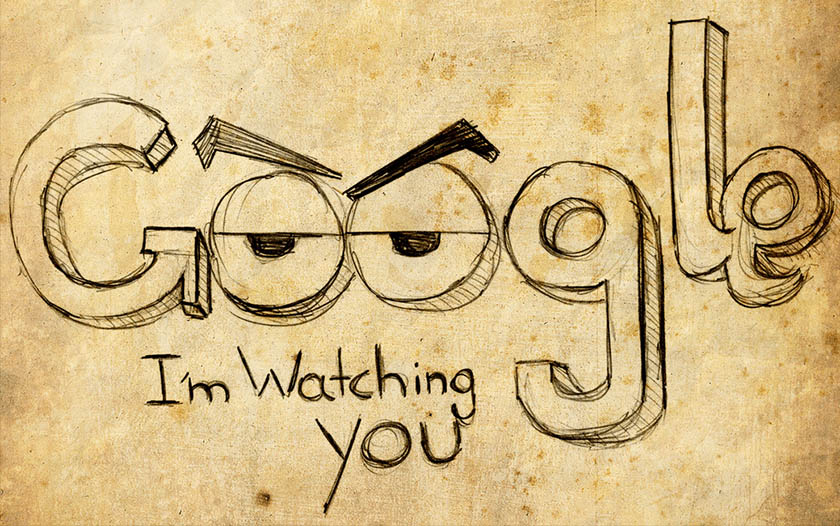 Are you wary of tracking on your Android smartphone and want to reduce your dependence on Google services? We will see in this guide why data is transmitted on Google’s servers (and the servers of your Android manufacturer), how to deactivate part of the tracking via your Google account, and show you alternatives, both in terms of ROM and of applications and Google services!

It is frustrating that the smartphone, this useful technological tool, is also the best spy that has ever been invented. Even before the advent of the mobile phone, personal data became a real market, allowing advertising agencies to better monetize their campaigns. This is understandable because since its inception, the internet has promoted free software, and that despite everything, you have to be able to pay armies of developers, engineers, ergonomists, graphic designers and other little hands.

Read also:  Android – Google is constantly spying on you via Bluetooth, how to protect yourself?

Fortunately, it is possible to find free software, without necessarily being the product. Here’s everything you need to know to stop being tracked by Google when you’re using an Android smartphone (or other device).SUMMARY

Android is Open Source: why are we tracked?

Isn’t Android Open Source? Yes. Android Open Source Project  provides access to Android source code. The project is nevertheless led by Google which maintains and develops it. According to Google, this selfless effort is a way for the company to promote the internet. However, we must clearly distinguish the Android AOSP, that is to say without added services, from the one that is really in your smartphone. Pure Android AOSP does not exist natively on almost any smartphone currently on the market.

On your Galaxy, LG, Huawei, and other OnePlus, you have in addition to Android an overlay which can already, in some cases, transmit personal data on the manufacturer’s servers. In the past, brands like Wiko or OnePlus have been accused of collecting your data to transmit it to Chinese servers.

But your smartphone has above all Google Mobile Services (GMS) , i.e. the suite of applications and APIs  made by Google : Google Play Store, Photos, Search, Chrome, YouTube, Gmail, Drive, Duo, Google Play Movies & TV and Google Play Music. The famous GMS, they are not open source. And pass data to Google every time you use it.

The firm explains that this data is used for example to auto-complete what you type in the search bar, improve Youtube recommendations, or speed up your searches in Google Maps. Oh and of course improve the relevance of the ads. Because it is thanks to the GMS that Google can really monetize Android which is remembered, installed on more than two billion devices (mostly smartphones)! But the GMS, or even the overlay of your operator are not the only problems for your privacy.

You probably also use Google services outside of your smartphone: search engine, Google Drive, Gmail, Hangouts … However, by default your Google account remembers a lot of information: search history, voice search history ‘Ok Google ‘, search history in Google Maps, location… with all these elements, we quickly understand that it is possible to have a fairly precise idea of ​​who you are, what are your interests, political preferences, sexual preferences, people you are in regular contact with, etc.

It is absolutely necessary to look into your Google account settings to prevent the collection of a lot of data. This involves regularly deleting your History, and disabling tracking in My Activity . There is not just one button: you have to deactivate this tracking for the Web, location, youtube searches, device information… everything individually. Our colleagues at PaperGeek have written a detailed guide to get there without much effort .

We can also advise the use of a VPN , which adds a layer of encryption to the data that passes through your smartphone – while misleading the location in many applications or during web browsing. A tip that only applies if you have guarantees on the service provider (in general if the VPN in question is free, it is a bad sign). We advise you to opt for NordVPN, ExpressVPN, Mullvad or Cyberghost which remain the most reliable and secure VPN on the market.

You can also choose to permanently delete your Google account and read the next paragraphs to find out how to find the same applications and services, in open source version and respectful of your privacy!

Play Store, Chrome…: what alternatives for Google applications and services?

With your manufacturer’s ROM, you will not be able to avoid all tracking, but you will at least be able to limit it. It starts with using alternatives for each GMS application. You will still encounter a real problem using alternatives: say goodbye to convergence, and continuity of the user experience. Google is so obvious: the Chrome browser is the most used in the world , and we use, we told you a lot of Google services.

However, there are many new alternatives in this area, and they are getting better and better. Let’s talk about applications first: even the Google Play Store transmits data to Google (without us really knowing which). We must therefore find alternatives for all the applications of the GMS suite. For some, it is simpler than for others.

There are many alternatives to the Play Store , Google’s Android app store. If you want to protect your privacy at all costs, we obviously advise you to avoid the Amazon App Store at the risk of your data falling into the hands of the e-commerce giant. We invite you to opt for APK Mirror , to download APKs directly or F-Droid , to obtain free and open-source applications. There is also the excellent Aptoide , the alternative application store par excellence.

There are many browsers on Android for you to replace Google Chrome . In order to protect your privacy against the curious, we advise you to opt for a browser like Tor Browser, which is based on the Onion network to secure your connection, even the famous Firefox.

First delete your Gmail address. Then choose an alternative service like ProtonMail developed by scientists from MIT and CERN around privacy. It also exists with a homonymous application to read mail. Besides, there are many European alternatives to Google’s email services. Let us quote for example French services like La Poste, Net-C, or German like Tutanota, which encrypts the messages sent.

Launched in 2015, Aperture Gallery for Android is a great 100% open source alternative to the Google Photos app. Very easy to use, the application is easy to take in hand and to customize according to your needs. You can find its APK on the APK Mirror or Aptoide website in particular.

After struggling with the rough results of DuckDuckGo , we thought it was time to advise you on a better alternative. Qwant is a French search engine that does not track its users AND provides results as relevant (if not more) than Google.

On the services side, it is absolutely necessary to turn to the side of Framasoft, an essential French association since it has set itself the goal of degooglising the global internet  based solely on open source technologies. For this, Framasoft offers alternative services to those offered by Google and other giants with little respect for privacy: Google Docs thus becomes Framapad, Google Spreadsheet becomes Framacalc, Google Doodle becomes Framadate, Maps becomes Framacarte… You can consult the full list of these alternative services (it is long) directly on the Framasoft website . Not all are supplied by the association, they are nevertheless generally practical, ergonomic and have a neat design.

To replace Google Maps, we also advise you to take a look at Qwant Maps , currently available in beta version. Unlike Google’s solution, the application does not keep track of your location or your movements.

As long as you do not fully master the ROM that is installed on your smartphone, you can never be sure that your privacy is not threatened. It is not always possible to install an alternative ROM . This is why beforehand, it is better to focus on certain manufacturers of smartphones rather than others. Google Pixels, Lenovo and Motorola, OnePlus, Samsung Galaxy, Sony Xperia, and Xiaomi are generally better choices from this point of view.

You then have to find the ROM corresponding to your model and follow the instructions (often complex, without being too rocket science) to install them. The ideal is to get your hands on a pure AOSP ROM , but if this is not possible, there are two other alternatives (they also not always available depending on your model). Let’s first talk about LineageOS ( ex-Cyanogenmod ): maintained by volunteers, this fork of Android is part of what is closest to a pure AOSP. There is also Mission Improbable , a more secure version of Android developed by the creators of TOR.

Conclusion: no longer being tracked by Google has become difficult mission more than impossible

As you have seen, it is possible to prevent tracking of Google , but this implies, in addition to abandoning the solutions provided by Google, to change your habits a little. Obviously, for all this to work best, you must first choose a smartphone model that will be compatible with the custom ROM of your choice. It will also be necessary to go through open source application stores, which are often significantly less supplied than the Play Store. In some cases, too, you will have to convert your colleagues and friends to trade on the same platform.

However, there are alternatives to Google’s services that are becoming more and more competitive. Until recently, the conclusion of this file would have been to tell you that it is almost an impossible mission, but things are improving. So yes, it will probably be necessary to put your hands a little dirty in order to reach a satisfactory result, but it has become clearly possible to no longer be tracked by Google, without necessarily going back to the beginning of the 1990s. And you, will you you take the plunge? Share your opinion with the community in the comments!