Although it’s quicker to touch the screen to control the YouTube app, voice commands can sometimes be very helpful. For example, they can be used to control the playback of a cooking tutorial while your hands are busy. Similarly if it is a video on how to repair the car and hands are dirty. Even to skip ads without having to touch the phone.

The 9 commands supported by the YouTube app on Android basically allow you to control video playback. Pause, Play, Minimize and Maximize, send a video to TV, etc. They work with OK Google recognition from any screen (the same functionality that allows the trick of continuing to listen to YouTube with the app minimized or the screen turned off). 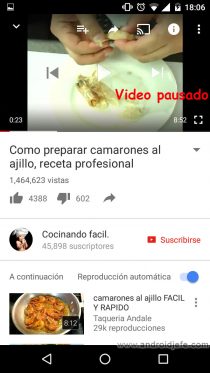 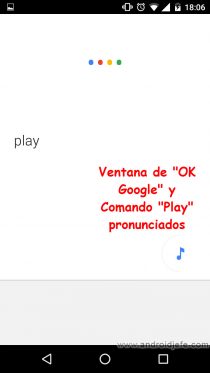 Considering that OK Google recognition is activated from any screen on your mobile, you just have to play any video in the app. Then you have to pronounce OK Google («oquei gugol») and when the listening window appears, pronounce one of the following commands. The listening window should automatically disappear and the command should be executed (pause the video, stop it, etc.).

Note that these commands are in English and must be pronounced with the correct English phonetics. For Spanish speakers, it can be quite frustrating that the app doesn’t detect the command. So it is a good idea to use Google Translate to learn the correct pronunciation of these words / commands there. Unfortunately, for now there is no support in Spanish for this functionality.

The recognition of OK Google from any screen must be activated from the Google application:

Note : OK recognition from any screen may not be available on all devices.

How to Minimize YouTube: Get Out and Keep Listening