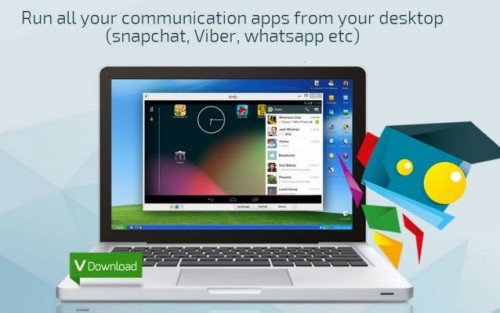 There are no applications to record internal Android audio. You can record external or ambient audio through the device’s microphone or even record calls, but Google doesn’t offer an API for programmers to create applications to capture audio output. This is probably the case to avoid pirating content on Android.

Despite this system limitation, there are testable solutions to record Android internal audio. Three alternatives are cited below.

How to record the internal sound of Android 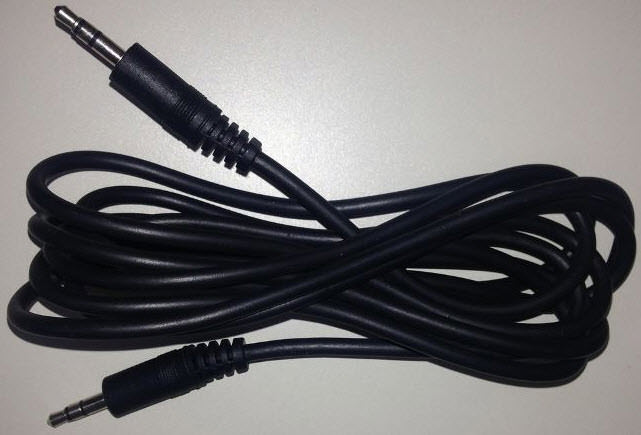 To capture the audio you must use a program like Audacity. In this PC software, you have to select the MME and Input line options in the top toolbar. Finally, the audio begins to play on the Android (increase the volume of the cell phone to the maximum) and the Audacity record button is clicked. Recording can be stopped when desired, edited and saved.

The downside is that the sound quality you get is not entirely good and the volume level is low. Also, the PC needs to have a line-in sound card for this method, which is commonly used to record cassettes and vinyl records on the computer. 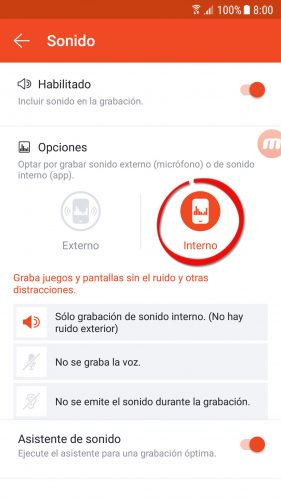 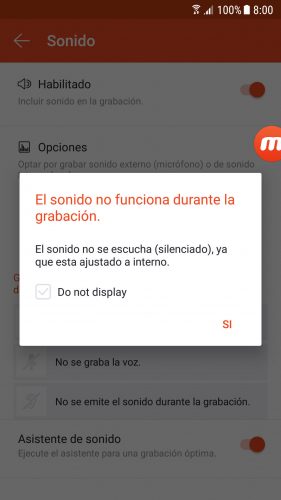 There are no applications to only record the internal audio of the cell phone. However, there are applications that capture the Android screen in video along with the internal audio generated by the device. Once that video was recorded, what would be left to do would be to extract the audio, using an Android application to convert video to audio (just search for “Video to MP3” in Google Play and you will find several) or a PC program like VLC , Pazera Audio Extractor or the same Audacity .

The application that I have verified that records the screen with internal audio is Mobizen (version for Samsung). I have verified it on my Samsung Galaxy S7 cell phone. When playing the recorded video the sound is perfect. However, during recording you will not hear anything and external sound, including your voice, is NOT recorded. Apparently this is solved if you buy the headphones from Mobizen.

There is also a Mobizen version for LG and a general version. Unfortunately, the generic version doesn’t have the option to record the screen with the internal audio (at least not on my Samsung). I have not been able to test the LG version.

I previously tried SCR PRO 1.0.4 and also Recordable (recordable.mobi). However, I no longer recommend the first one because when trying to install the APK on my Android I got the warning “Play Protect blocked the installation”, which means that it is not a safe app. The second option has stopped working.

Capture audio from an Android emulator

To record the audio generated by an application you can use Bluestacks 2, or some other emulator that allows you to run Android applications on the PC. With the Android application running on the computer, software such as Audacity can be used to capture the audio output from the PC. In this case, you should choose the option “Stereo Mix” (it may be necessary to activate this option in Windows before) or “Windows WASAPI” instead of “Microphone” or “Line input” as the audio source in the program Audacity. Other PC recording programs could also be used, as long as they support Stereo Mix or WASAPI as the recording source.

How to record with the screen off (APP spy camera)

3 good voice, audio recorders for Motorola and others

How to adjust the audio BALANCE on Android