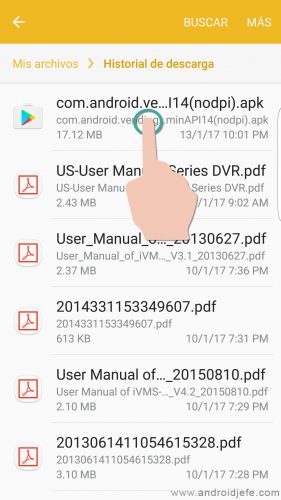 The objective of updating the Play Store is to obtain the new features that a new version of the app brings, or to correct any problem that the current version has. Normally, the Play Store updates itself. However, automatically receiving the latest version may take several weeks from when it was originally published. The solution is to force the update in one of the two ways indicated below. 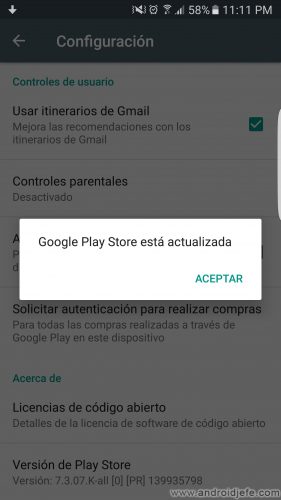 The easiest way is to force the search for an update, from the same settings of the Play Store application.

Doing so will force the app to search for an update. If it is already updated, it will simply report it.

It is important to note that this functionality is only available from version 4.6.16 of the Play Store app.

This method consists of manually downloading and installing the APK file of the latest version from the Play Store.

Before doing this, the phone must be configured to allow the installation of APK files. Basically, you have to go to the Android System Settings, “Security” option and activate the option that says “Unknown sources”.

How to install the Play Store on your Android device

How to update APK apps without Google Play Store