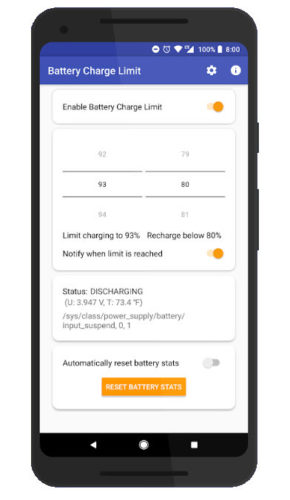 There has been a lot of talk about this and the statement that it is not wrong to leave the cell phone charging overnight or longer than it should be is consistent. That you can sleep peacefully and safely because your Android phone is smart and even if it remains plugged into the charger, it can stop the flow of power once the battery is full. Totally true. This can be easily checked by touching the phone and charger the next morning and feeling the temperature of both.

However, it is also true that this habit of leaving the cell phone charging overnight can reduce the life of your battery. Battery University , an authority on the subject, has a comprehensive technical article on prolonging the life of lithium ion-based batteries, which are used by virtually all mobile devices today. One of his conclusions is “the worst situation is to keep a fully charged battery at high temperatures.” 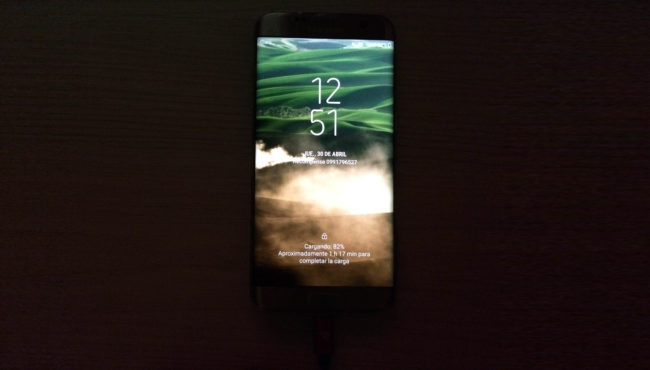 If we delve a little into the details of the content, we will see things like that the discharges and also the partial charges “reduce stress and prolong the life of the battery.” That’s the opposite scenario of charging a device overnight. The battery will charge in one to two hours and the rest of the night will remain at 100% charge, in a state of “stress” due to the high voltage of a full charge.

“The state of full charge for a long time can be more stressful than cyclicity”, meaning cyclicality to the process of completely discharging the battery frequently, something that also affects the battery in the long term, because its useful life translates into a limited number of charge cycles, which is usually between 300 and 500.

Instead of charging your cell phone overnight, try to charge it whenever you can, between uses. Do not worry about the memory effect, because that does not exist in lithium ion batteries.

A good rule of thumb is to keep the battery between 20 and 80% of its capacity, something that even Apple partly does in the iPhone and that personally has allowed the battery of my Samsung Galaxy S7 to last three years and four months before swell up and become useless. Charging this way and staying within that 60% discharge, could at least double the charge cycles or the life of your battery, compared to if you fully charge and discharge it, something that would make you lose 20% of its capacity. in one year, in an environment with a moderate temperature, according to data from Battery University.

If you can not avoid leaving your phone charging overnight, you can program the power cut after a certain time, to avoid fully charging your mobile. This is done with a timer outlet, which you can get for $ 10 or $ 15 on Amazon. In this case you will have to find out approximately how long it takes for your cell phone to charge at 80% to program that time in the socket.

There are also applications to cut the load , such as Battery Charge Limit, that allow you to stop charging when you reach a limit, threshold or maximum percentage, but it only works on devices with root permissions.

If you usually switch devices every one to two years, you probably don’t mind this, because that’s how long a battery whose charge is neglected usually lasts. But if you tend to keep your device longer, you may want to correct your charging habits, not only because of the degradation of battery capacity, but because it can end up swelling, you will see blackouts, delay in charging or sudden death. In the case of Samsung devices, the Chinese battery replacement (which is the only one that exists and is much lower than the original, sometimes Japanese, sometimes equally Chinese battery) is a short-term solution, because it does not last more than a few months before swelling too.

What is a GENERIC charger and how is it different from an original one?

Can I use any charger for my cell phone?

How to test your Android charger with Ampere