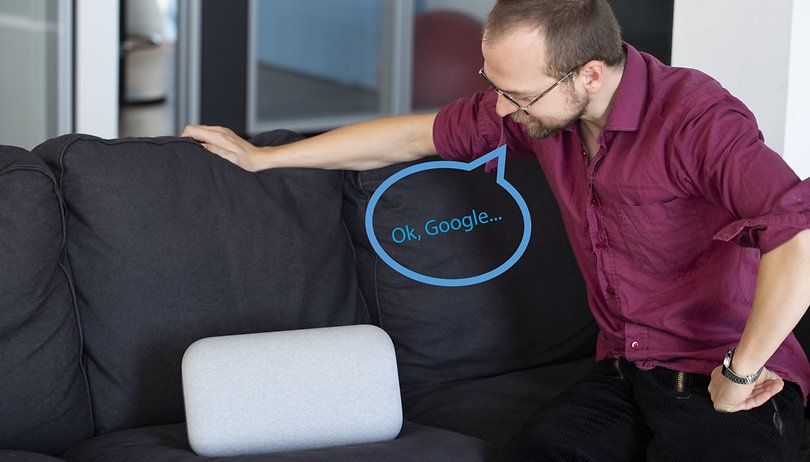 Are two or more languages ​​spoken in your household or office? Then the multilingual voice control of your smart home devices could be worthwhile. The Google Assistant in appropriate speakers can be used wonderfully in several languages. We show you how to set it up for this in this article.

In several German households, but also in many offices, more than one language is spoken. And the free movement of people in Europe contributes to the fact that more and more children are growing up bilingually. Voice assistants like the Google Assistant are amazingly well prepared for this. I was able to find this out when I tried it myself, because at home we speak Italian as well as German.

The Google Assistant understands and speaks 30 languages. This is not only important for Google to gain a foothold in all those markets. This is also important in order to be attractive in the reality of a globalized world with great freedom of movement. An OECD statistic from 2012 showed that immigrants like to maintain their native language at home.

You can find more infographics at Statista

This is also done in our household so that the child can learn both languages ​​at the mother tongue level. The Google Assistant doesn’t stand in our way. Our structure of two Google Home Max in the living room and a TicHome Mini in the kitchen is completely bilingual; with a little bug.

Only one language per user

In those settings you will also find the option to control the Assistant in a second language. Warning: Does not touch this option. It takes you to the devil’s kitchen; at least my home Google Home Max no longer spoke German afterwards, even after I removed Italian as a second language in my assistant settings.

As long as this bug is not fixed, you should use the error-free alternative. This is already considered good practice when it comes to setting up your networked home. To do this, add your family members to your household / your colleagues to your office in the Google Home app. These can then control your castable WLAN speakers and screens as well as your networked lamps on demand. And this in their favorite language.

Now your flatmates, family members or colleagues can control the devices, but not configure them. You remain the owner and are the only ones authorized to add or remove devices. But what happens with the recognition of multiple languages?

Voice Match is the key to voice recognition

Google Assistant can only distinguish up to six people based on their voice. In the case of families, this is sometimes tricky, since the voices of fathers and sons, mothers and daughters or siblings are often confused from the machine’s perspective. In our household, however, it only affects my wife and me, so Assistant can differentiate us beyond any doubt.

So if family members or roommates accept the invitation to your Google Home, the Google Home app will immediately ask if they want to activate Voice Match. After saying “Okay Google” or “Hey Google” to the smartphone several times, the smart loudspeakers in your household or office can recognize each of you based on their voice, as explained above.

And then the Google Assistant applies your respective preferences; that is, it controls your respective Netflix or Spotify account (or the like) and not that of a roommate or colleague; and he just speaks your language.

The same applies to the control of lights and other networked devices. Instead of “turn on the light!” my wife says “Acendi la luce!” The assistant knows what light is meant by the room assignments that I made in the Google Home app. They apply regardless of their language; The preconfigured living room then automatically becomes a salotto .

In addition to the pure convenience for everyone to use Google in their mother tongue, there are also pragmatic reasons in the case of streaming offers: When my wife searches for Italian hits in Spotify, thanks to the language setting, she gets much better hits than I do. However, if we want to hear songs from “Die Ärzte”, I have to commission that.

However, there are occasional funny mistakes. So we started a round of Akinator in Italian. In the middle of the game, the assistant’s language engine apparently changed from Italian to German. He then continued to speak Italian, but then with a heavy German accent.

And then there is the bug mentioned above with my two Google Home Max networked to a stereo pair, who have quickly forgotten German. After I set up Italian as the second assistant language, they understood me in the new language. But my mother tongue was suddenly erased from her memory. I was able to solve the problem by removing my Google account from the speakers and adding it back.

Conclusion: The smart future is cosmopolitan

Despite its mostly funny and fixable quirks, the Google Assistant shows that it is also suitable for multilingual operation. This can help not only in bilingual families but also in international offices (where the limit of six users will be too scarce). However, speech recognition is sensitive to a foreign accent. And it makes you all the more happy when you can include everyone in the fun of the new technology.

Have you already used a language assistant in a second language? What is your story and what funny quirks did you come across? Feel free to leave a comment on digital voice assistants.