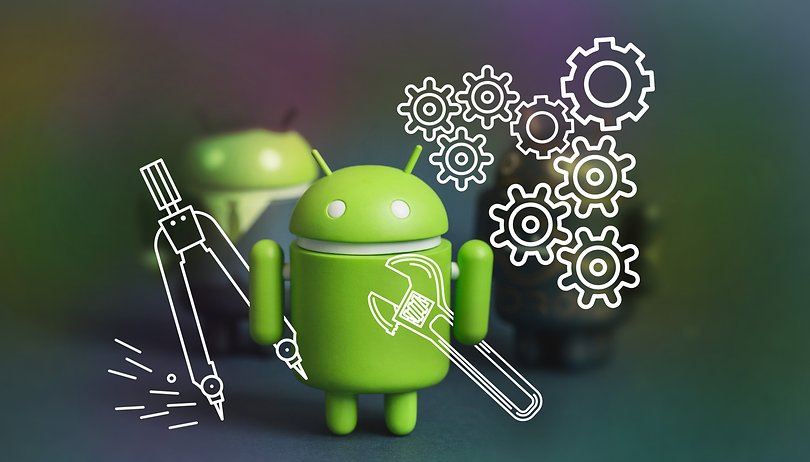 Many smartphone owners are annoyed with a full memory. Some users install app killers or RAM management apps to free up the memory. But is manual RAM management really useful in Android? And how much RAM should it actually be?

What is the main memory or RAM?

In the smartphone, as in every computer, you have several types of memory. These are of different speeds, different prices and are used differently. Your internal storage is slow, inexpensive and stores data permanently even without power. The apps and their data, but also photos or videos, are there. Usual sizes are 32 or 64 GB, for more expensive smartphones also 128, 256 or even 512 GB.

The RAM (Random Access Memory) is more expensive, but much faster than the internal memory. But he forgets everything without a power supply. The operating system, autostart apps, background images and processes are loaded into RAM (also called main memory) for quick access when switched on. It serves as a kind of workspace for the apps, on which they store volatile data that is necessary during use. Common values ​​here are between one and 8 GB.

Android: how much RAM should it be?

High-end smartphones come on the market today with 4, 6 or 8 GB. In the medium term, the value should level off to 6 GB, because with many app installations, 4 GB of RAM is quickly used up. In other market segments, the amount of RAM is also increasing and that’s a good thing. A decent performance cannot be achieved with Android Go even with Android Go, as our test of the Nokia 1 showed.

We therefore recommend placing at least 2 GB of RAM on the list of requirements when purchasing a smartphone. If possible, it should be 4 GB directly, so that you will still be properly equipped in a year or two. Of course, more is welcome.

Android RAM full: cause for panic?

After a while, the RAM becomes full of the applications that you use most often. Afterwards it has to be partially emptied so that new applications can start. This makes your Android system completely automatic – you do not have to do anything.

According to this logic, why the idea of ​​manually clearing the occupied RAM in Android has become established is actually absurd. Because empty RAM would mean that you would have to constantly reload apps completely. That would cost time and electricity and would even have an adverse effect on battery life.

When you turn on your smartphone and start some apps, all of these applications will be in memory. If you switch to the homescreen after using an app and access the app a little later, it loads almost without delay. This is because it is present in the working memory in a form that the smartphone processor can work with immediately.

However, if a task killer app or more economical RAM management were to permanently close processes in the background, you would have to wait a long time each time before Facebook or WhatsApp finally started again. Such RAM management can transform even powerful smartphones like a Samsung Galaxy S10 ( for testing ) or even the Google Pixel 3 XL  into a lame duck, as you can see in the following video:

Clear Android RAM: when does it make sense?

Many smartphone manufacturers integrate a “clean up button” in the overview of open apps. However, the direct integration by the manufacturer is usually implemented better than third-party app could. In some cases, such a button only throws the graphics from the overview in order to “satisfy” users, but still keep them in RAM. In reality, it rarely makes sense to close an app to free up RAM in Android.

In everyday life, it is therefore not advisable to end an app or even to empty the entire working memory. Nevertheless, there is a situation that requires clear measures: an app has crashed or is not working as it should. This can be a browser that shows display errors or only works very tricky. This can be constant loading errors on Facebook or Twitter. The symptoms can be very diverse. A crashed app can also indicate excessive heating of the smartphone for no apparent reason.

Only in such cases does it make sense to stall the app in question, i.e. to force it to quit. Sometimes it is enough to wipe the app away in the multitasking view. This is often a placebo function that removes the app from the app overview but does not end it.

If wiping away an app didn’t help, you have to take a harder pace and end an app manually. You can do this in the settings . There you can also see whether apps may use too much RAM and are therefore a candidate for the next smartphone cleaning.

In order to display the occupied RAM, you have to go to the settings in your smartphone . Find the Applications  or  Apps and Notifications entry there   and tap Show all apps . Alternatively, since Android 8 Oreo, you can also go to the RAM usage display, which you  can find in the developer options under “Active Services”.

In this view you can see a statistic about the memory consumption in the past hours. Depending on the smartphone, the detailed display of the apps is hidden behind another menu item.

Whether in the active apps or the “normal” app listing: To really end apps, you have to go to the app info. You can usually achieve this by selecting the app entry in the overview. There you will find a Force Exit button  . (It is often beyond your control whether the app starts immediately afterwards.)

Tap on the individual entries there to identify the largest memory guzzlers in your system. If the problem with the app is still there, restarting the smartphone can also help.

If you are already there, it is a good idea to uninstall apps that you have not used for a long time or that appear suspicious to you. Then uninstall the app – if it is so easy to uninstall. If that doesn’t work, you have to remove the “elevated rights” application. You usually grant these rights when installing the app.

Go to Settings> Security & Location> Device Management Apps and uncheck  the suspicious app. Then you can uninstall the application in question.

You can find more tips for uninstalling apps that use RAM in our detailed article “Removing Android Virus: How to delete your malware or adware” .

Do you have to empty the RAM? No!

You only have to intervene if your smartphone slows down remarkably. As a rule, Android is able to optimally manage the RAM. Emptying the overview of open apps may serve your instinct, but has nothing to do with RAM efficiency or optimizations on the smartphone.

And that’s not even bad, because well-functioning, automatic management is the fastest and most efficient thing you can ask for. Android has gotten better with every version. So let Android manage the memory and the operating system will let you enjoy your smartphone.