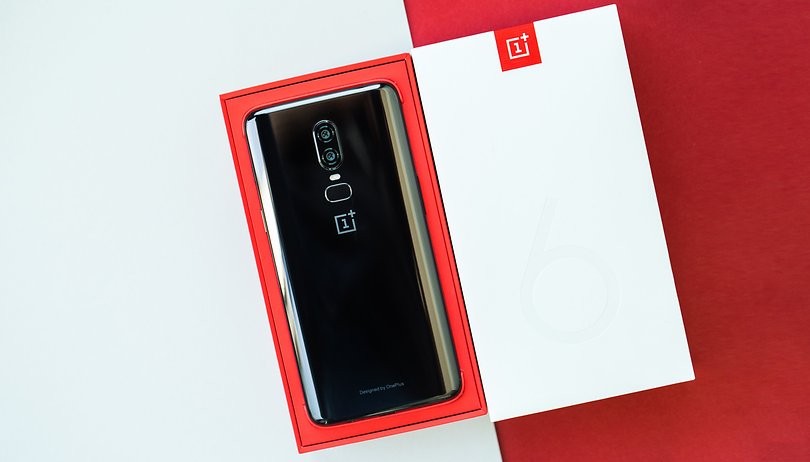 After the release of a smartphone, smartphone manufacturers have to use software updates to close security gaps, implement new features or eliminate errors, and possibly improve performance. Update: With the update to Oxygen OS 9.0.2, OnePlus has raised the 6s to the level of the OnePlus 6T.

Android updates available for the OnePlus 6:

A few days after the official launch of the OnePlus 6T, OnePlus is giving users of the previous model a software update that unlocks almost all the functions of the Estate for the OnePlus 6 . Gesture control is now even more effective, the camera receives NightScape mode and Studio Lightning optimization in portrait mode. The Google Assistant can now also be activated by pressing the power button for a longer time. In the coming days, we will find out which hidden further changes OnePlus has made with this update for you in another article.

OnePlus keeps its promise and delivers the update to Android 9 Pie on September 21, 2018. With this major update to Android Pie, the manufacturer compares its own oxygen version number to that of Android. In addition to the features already known from Android 9.0, such as the  intelligent battery  , OnePlus has also integrated numerous small but effective personalization methods.

The update to OxygenOS 5.1.9 brings some improvements to the camera. We tried whether the camera got visibly better:

A few days after the vulnerability in the boot loader of the OnePlus 6 became known , the manufacturer now closes the critical vulnerability. The update is just under 68 MB and everyone who has a OnePlus 6 should install it on their smartphone as soon as possible.

In addition to fixing the vulnerability, OnePlus also states that the problem with the timed Do Not Distrub function has been fixed.

The software update for the OnePlus 6 brings OxygenOS to version 5.1.6 and is around 220 MB in size. As the most important innovation, OnePlus will add portrait mode for the front camera. If you select this mode, you can now use the chic depth of field effects with the front camera. At first glance, pictures taken in this way don’t look that bad, but since they are software-generated, smaller artifacts are preserved. In addition, due to the emulation via software, it is not possible to save one without the bokeh effect in addition to the portrait photo as with the portrait mode of the dual main camera.

Another important feature that OnePlus fans in particular have asked for is the return of the battery status display in percent. Instead of the battery symbol or a round battery level indicator, the status of the energy cell can now also be displayed in percent. This update does not yet contain a fix for the boot loader problem.

In the following, we list further improvements and bug fixes in key points: