Users regularly encounter various system failures arising from software or hardware reasons. One of the common problems is a CRC error, accompanied by a message with the corresponding text “Data error in CRC”. It indicates a mismatch in the checksums of the downloaded file, which indicates its change or damage, and can manifest itself when using internal and external storage devices. A common failure occurs when burning an optical disc, copying data from a disc to a computer, installing games and applications, or when working with torrent clients. The timing of the failure tracking is always important, since the way to solve the problem directly depends on the conditions under which the CRC error occurred. 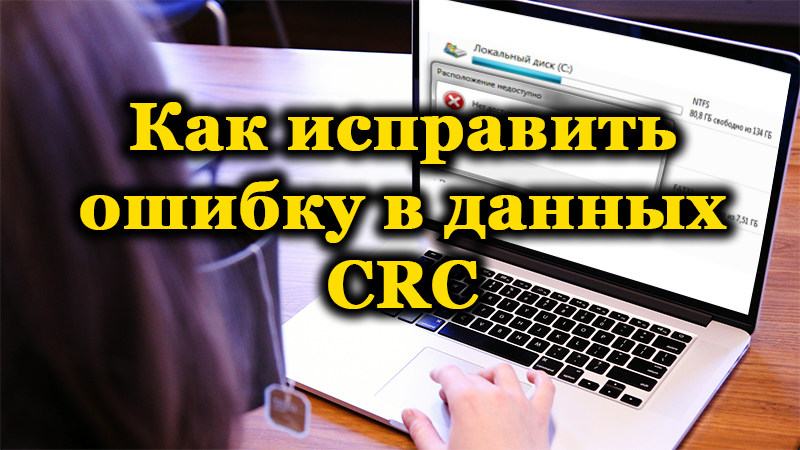 Cycle Redundancy Check (CRC) is an algorithm for calculating the checksum of a file used to check the correctness of the transmitted information. That is, as a result of information processing, a certain value is obtained, which will necessarily be different for files, even one bit different from each other. So, an algorithm based on a cyclic code determines a checksum and assigns it to the transmitted data. In turn, the receiving party also owns the algorithm for finding the checksum, which makes it possible for the system to check the integrity of the received data. When these numbers match, the information is transmitted successfully, and if the checksum values ​​do not match, an error occurs in the CRC data, which means that the file that the program accessed has been modified or damaged. 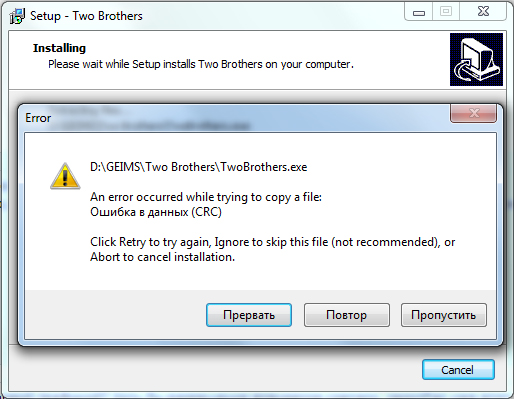 In most cases, the problem is hardware-based, but sometimes it also occurs for software reasons. The message “Data error in CRC” may indicate a malfunctioning HDD, a broken file system, or the presence of bad sectors. Often, a failure occurs when initializing a hard disk or solid-state drive SSD after connecting to a computer, despite the design differences and the difference in the way of functioning, this happens because the data cannot be read correctly. Then the problem may lie not only in mechanical damage, but also in a malfunction of the connection interfaces or poor contact. An error in PCI-E SSD devices also occurs due to accumulated dirt on the board. Problems with accessing external drives are often associated with faulty ports.Among the software reasons, errors in CRC data can be caused by device driver failures. The source of the problem when installing software via a torrent client is most often a damaged archive. Thus, the following reasons for the CRC error can be distinguished: 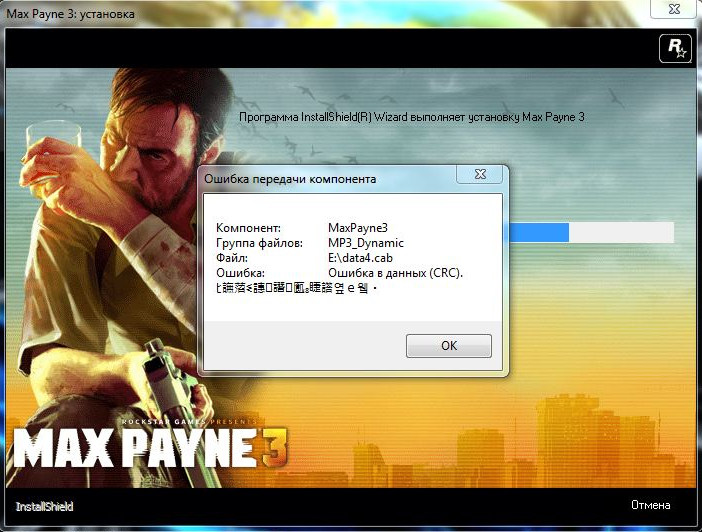 How to fix CRC error

There are not so few factors provoking the problem. Most often, you can determine the source of the trouble based on the conditions under which the error in the CRC data manifested itself, then you can narrow down the range of possible causes and understand how to fix the failure. All actions aimed at troubleshooting will be effective in various situations.

Error in CRC data when connecting a device

If a problem arises when working with external drives, before treating the device using specialized utilities, the first thing to do is to check the work with other connectors. If the port is faulty, then the issue can be resolved by connecting the media to a different port on the device. Another reason is poor contact, for example, this is often found in the SD card connection adapter, as well as when using HDD or SSD devices. A flash drive, SD card or other plug-in drive may also be faulty, special software is used to read data from damaged devices, for example, BadCopyPro, but if the media fails, software methods are powerless.

“Error in CRC data” is often manifested due to a violation of the integrity of the file system or bad sectors on the hard disk. Since it is not possible to read the information correctly, a number of failures can be associated with this, including a situation when the hard drive is not initialized. HDD can be diagnosed using built-in Windows tools or third-party programs.

In the arsenal of the OS there are many integrated services for solving various problems. You can check the file system for errors, as well as detect bad sectors, using the Check disk utility called from the command line. To scan the hard drive, do the following:

In some cases, when there is no access to the entire disk or an error in the CRC data appears when accessing the software that used to work, the scan will need to be performed in recovery mode, which will require a bootable USB flash drive or disk with the corresponding Windows operating system. By changing the order of starting devices (set the priority for the removable drive to Boot) and starting from the bootable media, you can open the command line as follows:

You can check for errors in another way:

When you select a system disk, you will need to schedule a scan, in which case it will be scanned the next time Windows boots. For HDD recovery, third-party software is also used, for example, HDD Regenerator, Acronis Disk Director, Victoria and others. At the same time, in the case of physical damage to the device, it will not be possible to correct them programmatically, therefore it is better to copy important information from the hard disk in advance, perhaps its time is already running out.

If an error pops up when copying information from an optical disc to an internal drive, it is possible that the disc is simply dirty or damaged. First you need to clean the surface of the media and try the procedure again. If it does not help, we are looking for another source of information, and if it is absent and it is necessary to recover data from the disk, you can use the BadCopyPro program, which reads and restores files from damaged drives, if possible. Unfortunately, if the disk is severely damaged, it will not be possible to copy files from it. 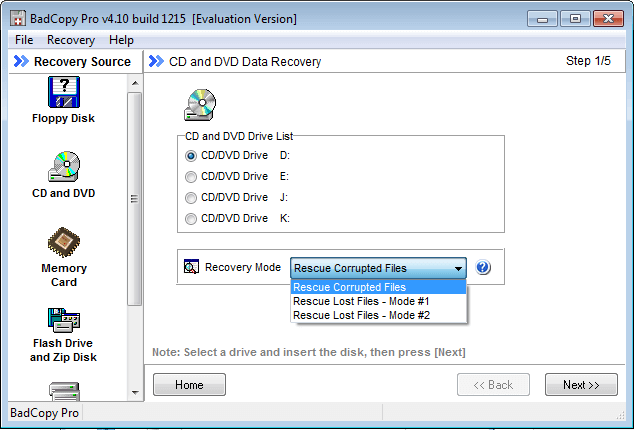 Error in CRC data when writing an optical disc, installing programs or games

If a problem arose during the process of burning an image downloaded from the Internet to a CD / DVD, it is worth checking the checksums of the recorded data before performing the procedure. For this purpose, the HashTab utility is used, after installation of which, in the file properties a new tab “File hash sums” will appear, with its help you can compare the value with the source. So, if the checksums do not match, you should download the image again. 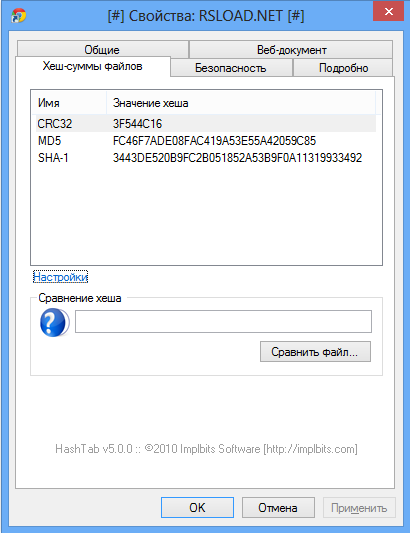 You should also download the file or archive again when the downloaded program distribution kit does not install it on your computer. The data may have been corrupted during the download or not completely downloaded. It is convenient to use uTorrent for downloading, since the utility independently determines the checksum values ​​and downloads some of the information that was loaded with an error. If you download data via direct links, you can use the Download Master. At the same time, it is possible that the archive or file was already damaged initially and in this form was uploaded to the resource, therefore you need to try to download it from an alternative source. 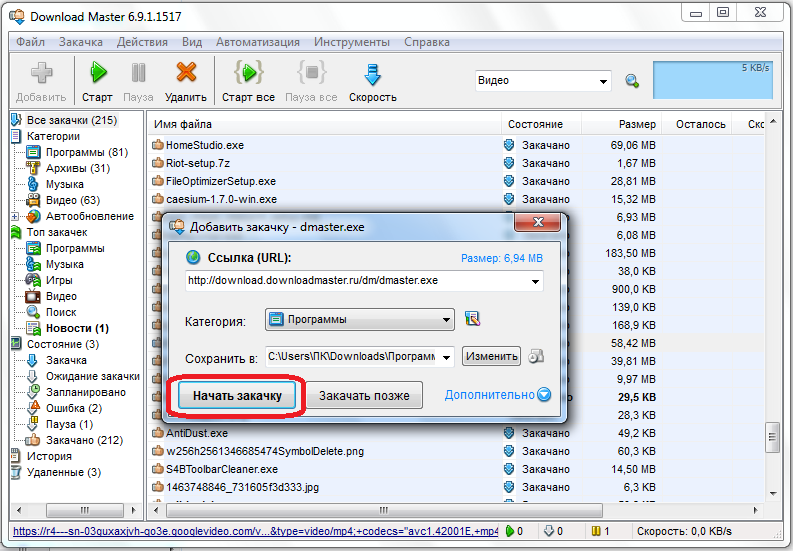 When an error in CRC data appears in the uTorrent program, fix it by the following actions:

The above methods are enough to get rid of the CRC data error that occurs under various conditions. So, by identifying the source of the failure, you can purposefully eliminate the problem. In most cases, the error can be corrected by software, but when it comes to physical malfunction of the drive, you should think about replacing it.