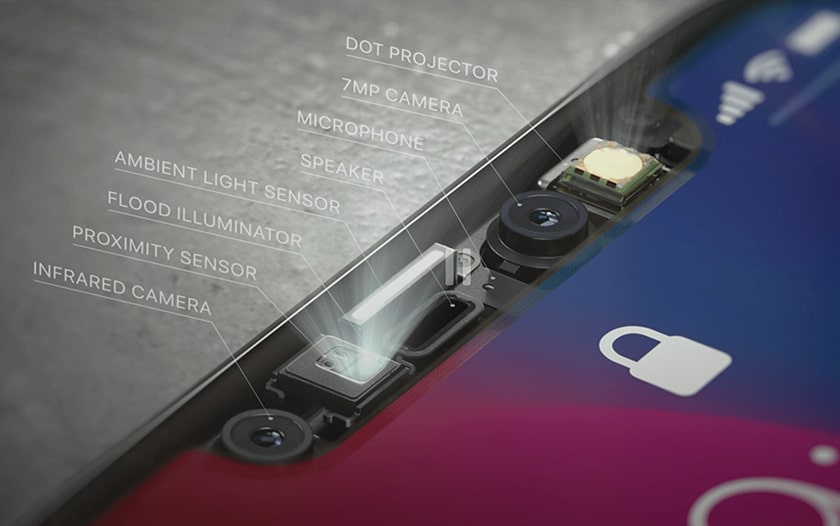 The iPhone 12 could make the notch disappear in a new innovative periscope system to believe a rain of information spotted by Max Weinbach and EverythingApple Pro.

The BGR site has spotted a video from the everythingApplePro youtuber, which reports a rain of leaks from Max Weinbach, one of the experts who uncover the secrets of the next Apple products on the XDA Developers site. We discover in particular a potentially important info on the iPhone 12 : the brand’s next smartphone could simply make the notch disappear, thanks to a rather clever periscopic system.

The notch is one of the most amazing compromise designs in the history of the iPhone. Many observers still wonder if Steve Jobs would have let such a heresy pass while he was alive. However, its shape is dictated by a set of particularly complex and innovative 3D sensors. The facial recognition of the iPhone X, XS and 11 ranges is indeed a 3D facial recognition, very secure and complex to bypass. In contrast, the Face Unlock of most Android smartphones can be fooled with a simple photo.

Google has tried to follow Apple on this path on its Pixel 4 . But it turned out that despite a very innovative “Soli” radar sensor, the authentication mode of the Pixels is not yet as secure as the Face ID of the iPhone . Since it is possible to unlock the smartphone by simply presenting it to the face of its owner – which works even when the latter has his eyes closed. Again Face ID analyzes the eyes of the user, and tries to understand their intention.

If the user does not look directly at the smartphone, it does not unlock. However, this increased security currently constrains a little more Apple than other brands in terms of design. Apple retains a big notch on its recent flagship stores, where most of its competitors do everything to reduce it or make it disappear with ideas like the retractable sensor, or even by simply passing the selfie sensor under the AMOLED panel .

However to believe the video taken by BGR, it seems that Apple has finally found an idea to make it completely disappear. All the sensors would thus share the same optical channel in a sort of sophisticated periscope. It is not yet clear, however, whether this technology will actually debut on the iPhone 12 or a later model.