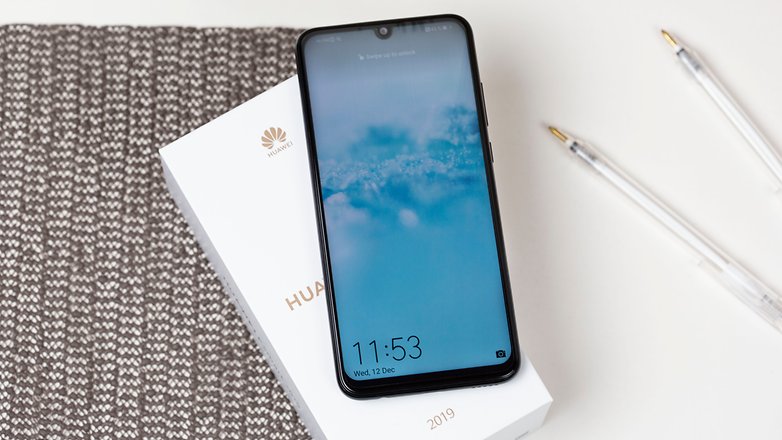 Huawei launches another smartphone with Google services in Germany: The P Smart Pro is based on the Honor 9X.Reading time:1 min.Save in pocketreadPrint viewread comments16posts

Huawei is offering another mobile phone with Google services on March German. The Huawei P Smart Pro will be available in Germany from the end of March for 280 euros with apps like Google Maps, the Play Store and Youtube. In other regions, the Huawei cell phone has been around since the end of last year.

With the P Smart Pro, Huawei is following a pattern that the company had previously used, for example , with the Nova 5T : old hardware from a well-known cell phone is freshly packaged and re-launched under a different name to provide Google services despite the US ban to be allowed to use. In this case, Huawei leans heavily on the Honor 9X, which is now available for less than 200 euros. The working memory, which grows from 4 to 6 GB, has been slightly improved.ALSO READHonor 9X: smartphone with triple camera and Google services

The display of the P Smart Pro is 6.6 inches in size and has a resolution of 2340 x 1080 pixels. Huawei installs the front selfie camera in a pop-up rail that extends when necessary – this was also the case with the Honor 9X. The storage space is 128 GB and can be expanded using a microSD slot, which can alternatively be used as a second SIM slot.

The almost two-year-old Kirin 710f works inside the P Smart Pro. The SoC demonstrates the dilemma Huawei is in: Because of the US trade embargo, Huawei phones can only use Google services if they received their Android license before the ban last May. Since then, Huawei has launched cell phones with an old license as new devices. Because the hardware of such devices cannot be renewed in a relevant manner, Huawei is running out of time: the company will not remain competitive with the old hardware for too long.

Another problem is that the P Smart Pro still comes with Android version 9, although version 10 has been available for months. All devices that have received an Android license from February 2020 must inevitably come onto the market with Android 10 according to Google guidelines. This means that every new Android device now uses version 10. Because the Android license of the P Smart Pro is significantly older, Huawei is also left behind with the software.

After long hesitation, Huawei now wants to bring phones without an Android license – and thus without important Google services such as the Play Store – to Germany. For example, the foldable Mate Xs and the Honor 9X Pro are supposed to be published here, although they lack the Google services. Analysts are skeptical whether such smartphones can be successful in Europe .