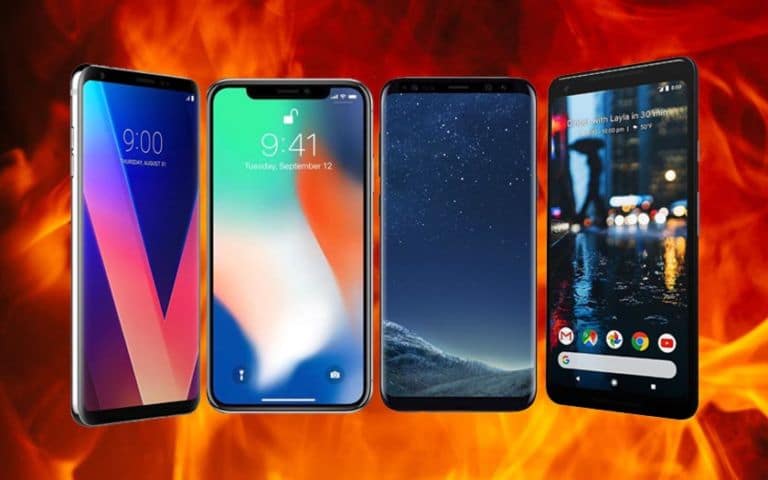 All smartphones overheat at one time or another, but it doesn’t always come from the hardware. There are a multitude of factors but there are some that can be influenced to limit the temperature of the device.

From time to time, your Android smartphone may overheat, a problem with many possible causes. This can of course be related to the hardware and in this case there will not be much to do. But the circumstances can also be external. An app that is too greedy, the summer and the heat wave that require to put your smartphone away or even the excessive use of certain features. By identifying the cause, we can sometimes resolve the problem.SUMMARY

Recognize the signs of overheating

Generally, when a smartphone starts to reach a too high temperature, we manage to anticipate overheating before noticing it on contact with the device. Warning signs such as the appearance of lags, a lack of overall fluidity and sometimes the appearance of error messages . Certain tasks are sometimes too intensive to be performed for more than a few minutes, in particular video recording in 4K, at least on certain models.

If, for example, you have been playing a gourmet game for more than half an hour or performing another intensive task over time, you will quickly find that the device begins to suffer from slowdowns and that the level of the battery is melting . In this case, let it sit for a few minutes.

When a smartphone tends to overheat, it’s sometimes because of the battery. Especially if your smartphone already has a few kilometers on the odometer. A fact to check from time to time, even if it is true that manufacturers have made great progress in terms of cooling in recent years. But if your mobile is a little dated, be careful.

Smartphones with removable battery hardly exist anymore, and if you are still concerned you will have a hard time finding a spare part. In this case, it is better to abandon your device to acquire a newer one.

Otherwise, by using our tutorial ”  How to check the status of your smartphone’s battery “, you will know if the time has come to replace it. To check the battery temperature, simply go to the phone application and type in the secret code * # * # 4636 # * # * . You will then see various information appearing on the battery, including its temperature. If the code doesn’t work on your device, try * # 0228 # .

Normally, the battery temperature is around 30 degrees. It can sometimes climb a few degrees when the device is heavily used, especially by 3D games but distrust if it goes beyond 40 degrees . Most of the time, it will mean that it is time to intervene. Again, the battery is less and less of an issue in this regard on Android smartphones.

What if it came from the charger?

Keep in mind, however, that whatever the source of the problem, the original charger (or failing that an official charger purchased later) remains the safest solution for your smartphone. Better to avoid questionable sites or resellers for this kind of critical material, especially now that fast charging technologies are increasing.

A processor that is too busy

If the overheating problem is not related to your battery, it can be caused by an application that places too much demand on the processor, like some 3D games. If this is the case, you will realize it quickly enough because your smartphone will become slow and start to slow down. Features like augmented reality are also very demanding.

Generally, if you are used to playing for a long time, heating will be inevitable and in this case, the only solution to avoid damaging your smartphone is to shorten the game. Avoid playing with the charged smartphone. Note that this can also be linked to certain poorly optimized applications running in the background.

In 2019, our smartphones are made to accomplish all kinds of tasks at the same time. But depending on the model, you can sometimes have difficulties for certain uses. Even on the high end, bugs can occur. Recently, we remember the RAM bugs for the Google Pixel 3 . Overall, you can play a greedy Android game while keeping the screen brightness to the maximum and using WiFi extensively. However, if you have been shooting a 4K video for 20 minutes in direct sunlight with the screen in full brightness, you should not be surprised to see your smartphone overheating.

In a previous tutorial, we explained the risks of leaving your smartphone in direct sunlight . Without going back on the many damages that could occur from a certain temperature, we will simply remind you that as soon as a smartphone starts to get hot, it can quickly affect its functioning. Touch screen which becomes less reactive , battery which discharges at high speed in particular.

A phenomenon that you may have already observed during a heat wave. When the outside temperature is too high, leave it in the shade and avoid using it too much. At the beach, for example, it’s best not to watch videos or play on your mobile.

Many users use a shell to protect their smartphone from scratches and breakage. This is quite logical, especially by making sure to keep it in good condition, you increase your chances of reselling it at a good price when buying a new model. However, it should also be borne in mind that most of these accessories are made of plastic and that plastic is an insulating material which keeps both cold and heat.

In other words, if your smartphone tends to heat up, with a plastic shell, it will be much more difficult to cool . All the shells are not to be put in the same bag and some are better designed because it has more openings and / or do not cover the entire surface of the device, but this can nevertheless be a track to explore and the simple taking it out of its case when you are playing a gourmet game will help it cool more easily. No nonsense on the other hand, be careful when handling your mobile without shell, especially if it is equipped with a borderless screen.