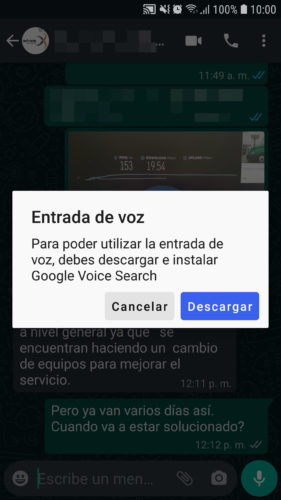 To activate dictation on WhatsApp, you just have to enable the microphone on the keyboard. This is the most conventional way of speaking on WhatsApp and writing.

You can also write messages by voice on WhatsApp without touching the phone thanks to the Google application. The advantage of this is that it already comes pre-installed on most Android phones, so you won’t have to install anything extra.

How to dictate from the Android keyboard 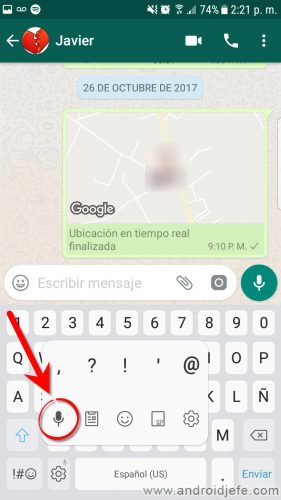 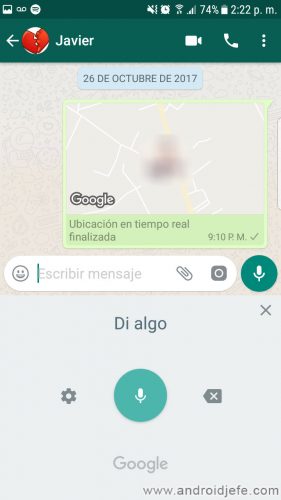 On the same keyboard there is the microphone option for voice dictation in WhatsApp.

To activate the microphone on WhatsApp, tap on the “Write message” box. As the keyboard unfolds, tap on the key that has the figure of a microphone and you can start dictating. Commonly, this key is to the left of the space bar. In certain cases, you must press and hold this key to display the microphone option.

The advantage of this method is that an internet connection is normally not required. If not, make sure you have downloaded the voice data. To do this, go to the Google app, Settings, Voice, Voice recognition offline. Yes, indeed, this method uses the voice-to-text input from the Google app. 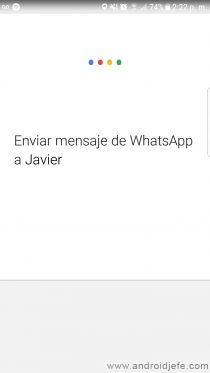 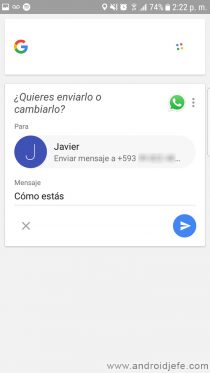 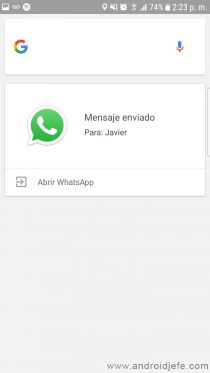 You can also dictate a WhatsApp through the Google application. The good thing about this method is that you can send messages without having to touch the cell phone.

The voice assistant can be run by saying the OK Google command to the phone, or by pressing the microphone button found in the Google app search box.

This is a powerful tool, which not only allows you to write by voice on WhatsApp but also serves SMS. In addition, there are many commands to control Android by voice in multiple ways.

In this case, this functionality requires an internet connection.

Turn voice dictation on or off

If deactivating the Google application causes problems with other applications, you can activate it again without any problem.

How to write messages by VOICE on Android

How to make the Google translator speak slower