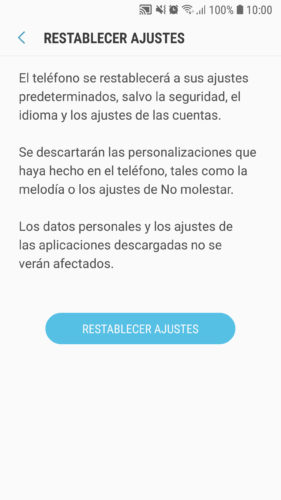 If you have noticed strange behavior on your Android phone, particular error or failure, most likely the cause is one of the applications you downloaded or some change in the Android system settings. In the first case, you must first determine if it is an application that you downloaded or a pre-installed one. For the second you will have to review your settings or restore them.

For example, frequent unwanted behavior is full-screen advertising that appears suddenly. While this can be fixed by pressing the multitasking button just as the advertisement appears to detect which application generates it, there are things that are more difficult to detect, such as high battery consumption, vibrations for no apparent reason, colored flickering in the screen etc.

Is it a downloaded app or a pre-installed app? 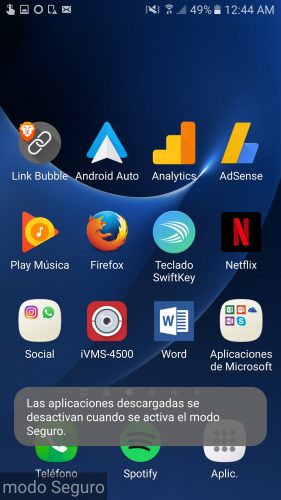 If the problem is generated by an application that you installed from the Play Store, a third-party store or an APK obtained on the internet, then that problem should disappear by deleting that app. But before thinking about which one it is, you must first make sure if the problem is actually due to an app downloaded on your own and not due to an application that came pre-installed on the system.

The trick to knowing this is to use Android safe mode. It is a special mode of operation, where all the applications that YOU downloaded are temporarily deactivated and do not start in any way. Only the applications that came pre-installed at the factory will remain active and can perform any action on their own or when interacting with them. If the problem disappears in this mode, it is most likely generated by an application that you installed.

How you enter safe mode varies from phone to phone. One of the most common methods is to turn off the device. Turn on normally and as soon as the brand logo appears, press and hold the Volume Down button until you see the home screen. At the bottom left you should see the legend “safe mode”. The other option is that you have to press and hold the power button, and in the boot options, press and hold for a couple of seconds on the “Shutdown” option. A “Restart in Safe Mode” window should appear.

Once you have determined that the possible failure is due to some installed application, you can restart the phone normally to exit safe mode and proceed to the next step.

Once you have exited safe mode and are in normal operating mode, the next step is to determine which of all the applications you downloaded is the problem. Unfortunately, in this case, the only way is to uninstall your applications one by one, until the problem disappears. It will be recommended that you restart the device after each uninstallation to verify if the error or failure has disappeared. If you more or less know when the problem appeared, start by uninstalling the applications that you remember having installed at that time.

Did you change any system settings?

You may have done it accidentally or without knowing what you were playing. For example, a red frame on the screen or the repeated vibration of the phone. In the first case it was a feature that activates in the developer options. The other was to have activated the “Remember notification” function that some Samsung bring and vibrates the phone repeatedly every so often when you have not read the notification of one or more applications.

If you have no idea what setting you changed or the relationship it has with the problem you are experiencing, some computers have the “Restore settings” option, something that will return the Android system settings to their original or factory state, keeping your data and applications intact. The path to this option should be something like Android Settings, General Administration, Reset, Reset Settings.

4 generic solutions to the error “The application does not respond”

How to RESTART a game or application on Android