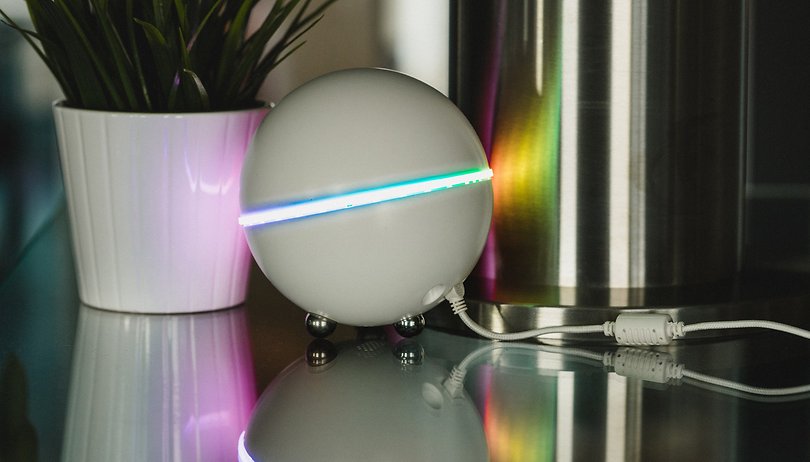 In an almost infinite jumble of smart home manufacturers and almost as many radio standards, one wonders whether or how one can network the entire components with one another. Can a Devolo motion detector switch on my Philips lamps? In fact, there are solutions to such problems and opportunities to mediate between the many standards. We took a closer look at two concepts. In this first part, we consider Athom Homey as an offline alternative. Later we will test Conrad Connect as an online alternative.

Home automation is a fine thing; especially when nobody is in the house or apartment. When storms are coming up, it makes perfect sense for roller shutters to be pulled up or down and windows closed. When the courier rings, I might want to open it and watch and greet him with the surveillance camera. And if the CO 2 level in the basement is suddenly too high, I would like to switch on the lights there immediately and use a camera to check what is going on.

All of these options can be implemented. However, the solutions come from manufacturers who sometimes only implement the corresponding packages very expensively. As a customer, however, you could save a lot of money, since it would only be possible to buy sensors, cameras and lamps from the cheapest manufacturers and then network them yourself. However, this is exactly what is prevented by the many different radio standards of the manufacturers. And even if two manufacturers use the same radio standard, it does not mean that the devices speak to each other.

The Conrad electronics subsidiary Conrad Connect and the Dutch start-up Athom offer approaches to arbitration. The German Conrad Connect bridges the gap online and networks a number of smart home devices that can be operated via web interfaces. Athom Homey, on the other hand, chooses the direct route and wants to replace all the connecting bridges in your home with a single one. The different approaches lead to the same goal: they bring together what does not belong together.

Now you have to weigh up what your actual goal is. If you want to reduce the number of bridges required in your home, Athom Homey is your first choice. The 299 Euro ball offers …

Additional integrations such as IFTTT, Telegram, HomeyKit, Slack, SMS or Twitter multiply the interaction options with your smart home. And yes: SMS really means that you can unlock your Smart Lock via SMS.

Athom’s big ambition is to replace all bridges with a single solution. Ideally, you should buy the Homey first, and then the compatible lamps and other devices. You can buy them without their bridges and thus save the pretty high purchase price of the Homey bit by bit.

Unfortunately, in some cases this is not yet as successful as you would imagine. The bridging pairing with Philips Hue lamps, for example, turns out to be poor – but that is not Atom’s fault. In particular, lamps that were already paired with a Hue Bridge cannot be put back into pairing mode, or only with difficulty, without a Hue Bridge. In the case of Philips Hue, Athom expressly recommends using it in combination with the Hue Bridge on the side of the Homey. However, there is an excellent, unofficial bridge- less solution from the remarkable Athom community.

In any case, your Hue light can now be activated with devices from other manufacturers, provided that they are also connected to Homey. This is done using the so-called flows. These are graphically created scripts in which you define if-then relationships in your home automation. These could be

In the test setup consisting of Devolo Home Control door / window contact and Philips Hue Shape Light, we were able to use Devolo without a bridge. The Shape Light is also bridge-less compatible with Homey with the community app mentioned above and suitable for the flow as we had programmed it. The bridgeless combination could save a lot of money here thanks to Homey.299 €AthomAthom HomeyTO THE SHOP129.99 €devoloDevolo Home Control centerTO THE SHOP

In addition, you save yourself the registration with the online services of Devolo or Philips. Homey eliminates a lot of overhead.

Disadvantages of the homey

No updates for accessories

An open question is how Homey then supplies the individual devices with updates. Because that supply usually takes place via the respective bridge or the app. If these vectors are eliminated by Homey, Athom manufacturers would have to offer a corresponding alternative route for updates. However, we could not observe in the test that a connected device received an update.

The Homey is currently configured via the app or via the web interface; in both cases, networking takes place via your Athom user account. However, new devices can only be connected to the desktop and not mobile. Programs for Windows or Mac OS are already available, but I didn’t want to test them on Linux. For Linux users, the web interface via Google Chrome is still recommended.

Athom quickly gave up Homey’s voice control, so this form of operation was also not tested. You could theoretically retrofit these with Echo Dot and Alexa Skill .

All menus and settings in the Homey are still either in Dutch or in English. It remains to be seen whether Athom wants or can establish itself on the German market. However, device integration would already be more than sufficient for our market.

One of the biggest riddles was that of Atom’s management of the WiFi password. Once connected to the WLAN, the WLAN can only be changed in recovery mode . Homey is only one click away from completely deleting your data. And that can destroy a lot of work.

Athom shows great potential. We had the Homey in operation for half a year. During this time, the manufacturer was preparing launches in more markets. Meanwhile, the software department consistently improved difficulties with the setup and was able to integrate new smart home hardware.

Homey seems to be delivering. However, it is advisable to first select the compatible devices and then buy the Homey. Because, as you can see from the example of Philips Hue, it can be difficult to free devices that have been paired from the clutches of their first bridge.

Athom still has to solve the update problem, learn more languages ​​and fix a few quirks in the software, and then the Homey becomes a really good product. So far it has been a really successful feasibility study.