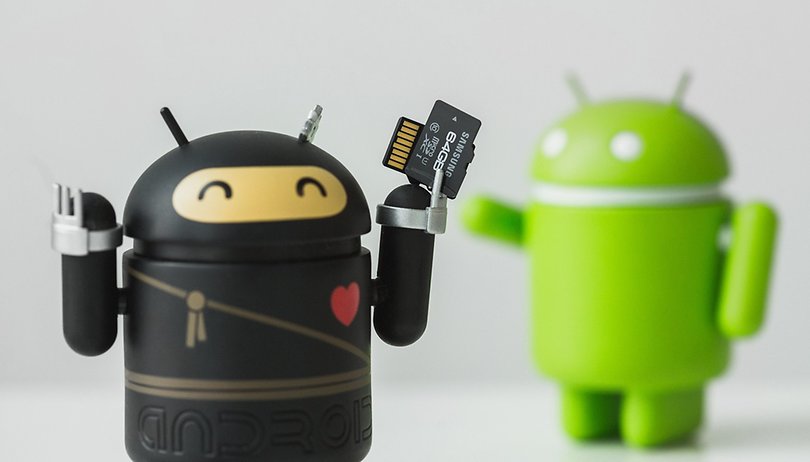 Sooner or later, even a smartphone’s largest internal memory will be full. If you don’t feel like deleting photos, you can transfer them to a microSD card. You can find out how this works and what you need to consider from us. In the new section, we refer to methods to move  WhatsApp images to a microSD card .

Straight to the section

Moving photos to the SD card: Inserting the card is not enough

You can insert the microSD card during operation. Sony smartphones and perhaps also smartphones from other manufacturers will restart without further warning.

Then you will be informed by Android about the new card. With some smartphones, it can be formatted as internal memory. This is not necessary to save the pictures. Nevertheless, we go into more detail in a separate article:

Not all manufacturers automatically save images to the microSD card after insertion. We have looked at the behavior of several Android variants and show whether and how you have to set something.

We had to set the storage location manually in HTC 10. In the camera app, pulls up the menu from the top. The settings are on the far left. Scroll down the entries until you see the entry memory . Selects the removable memory to always save the photos on the SD card.

For the motos you have to change the storage path yourself. The corresponding menu entry is quite high in the menu of the camera app. Pull it from the left edge. One of the first entries gives you the choice whether you want to save the pictures in the internal or in the removable storage.

In the Honor-Skin EMUI, the microSD card has priority. Even if you do not do anything, the photos will be saved on it immediately after inserting the memory card. If you go into the camera app and pull the menu from the right edge, you will see that “Save to SD card has priority” is already activated. You can switch this behavior off afterwards.

Huawei can also specify that the microSD card is used as the default storage location. this would result in WhatsApp data being stored on the microSD card, among other things. Experience has shown that such data can occupy a considerable part of your memory. Note, however, that the memory card is encrypted so that it is difficult to read on other devices.

If you open the camera app after inserting the card into the Samsung smartphone, the app asks you whether you want to move the location of the images to the microSD card. Tap okay and that’s it. The option is located very far down in the menu and can be changed later.

LG handles it in the camera app like Samsung and asks you. However, the menu is at the top. The selection of the storage location is in the symbol on the far left, which is to illustrate a memory card. If you press it and the memory card is not visible, you save it back to the internal memory.

If you insert an SD card into your Xperia, the device restarts. The camera app will ask you at the first start whether it should save the pictures on the card. If you want to change this later, you have to tap the gear at the bottom left, scroll down and change the storage location again.

There are various ways to move the photos you already have from the internal memory to the microSD card. Either you use the pre-installed or another file explorer on the smartphone. Or you connect the smartphone to the PC, activate the file transfer and move the files comfortably on the larger screen. Or you can do without the local copies, save the images to the cloud and delete the copies on your device.

Even smartphones without a microSD slot like the Google Pixel can be retrofitted with external storage. The included OTG adapter is also suitable for USB sticks, SD card readers or the USB adapters that are often included with microSD cards. So if you run out of internal memory on the go, you can quickly copy several GB of photos and videos from your phone to microSD memory.

Save WhatsApp images to the microSD card

In order to reduce the sometimes very large data load of WhatsApp or to use the microSD for relief, you would have to change the standard storage path. The app does not provide that. Instead, you format the microSD card as internal storage, which so far only Motorola, HTC or Lineage OS allow. Huawei / Honor also offer a comparable option in their EMUI interface. With this method, however, note that the microSD card can no longer be read outside of your smartphone without great effort, since it is encrypted.

The handling of microSD cards in Android smartphones is trivial. The removable storage is ideal for storing your pictures. But make regular backups on other data carriers or online in the cloud, since neither your smartphone nor the tiny memory card are permanently a reliable place for your data.