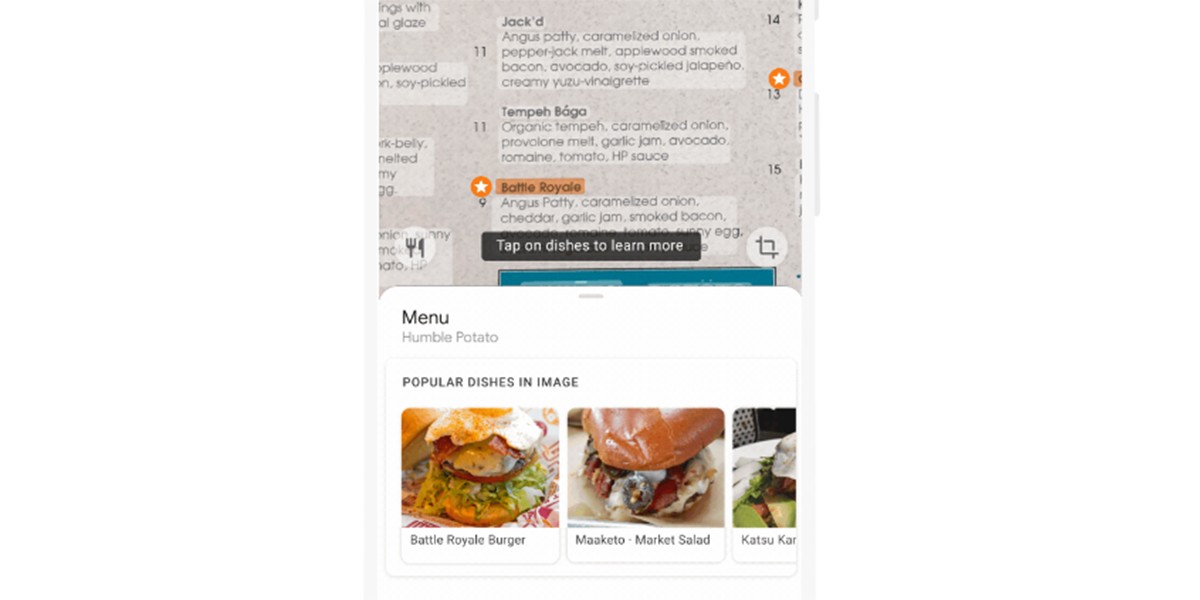 Google Maps users can now use Google Lens to get a better impression of the dishes on offer when searching for restaurants.

When searching for a restaurant in Google Maps, you can also find photos of the menu in most locations. If users look at these photos in the Google Maps Android app, a new “View dishes” button will appear at the bottom of the screen, together with the Google lens symbol. With a tap on this function, Google Lens shows photos of this dish that come from the same restaurant directly in Google Maps. If there are no further pictures from the restaurant, Google Maps supplements the picture selection with photos from the Internet search. In addition to other photos of the dish, Lens also lists further details and recipes. Practical for users who do not know exactly which dish is the listed food on the menu