This inexpensive router can be called a “workhorse” that does not differ in outstanding performance. But there are also several “chips” in it that can persuade a certain part of users to buy this particular device. 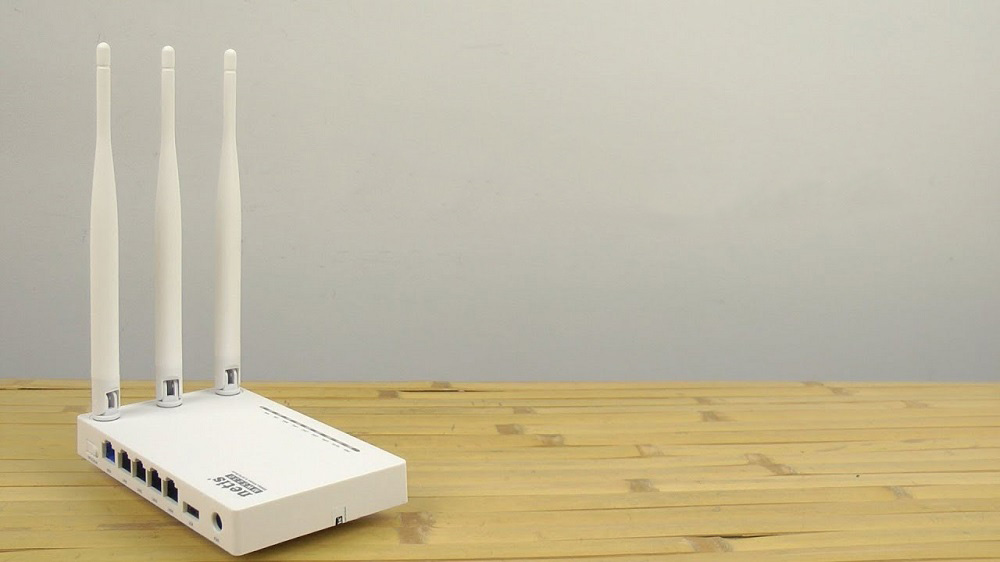 Description and characteristics of Netis MW5230

The first important difference from many budget “classmates” is that the Netis MW5230 router supports 3G / 4G modems. This means that the device can be used where there is no wired Internet, but it is possible to connect via an external modem. Remote villages, dacha associations – believe me, there are enough areas where it is unprofitable for providers to pull a cable, even if it is optics.

Moreover, both types of connection can work simultaneously, and this is a big plus for cities, since it becomes possible to have a backup source of access to the worldwide network. In case the main one is unavailable. 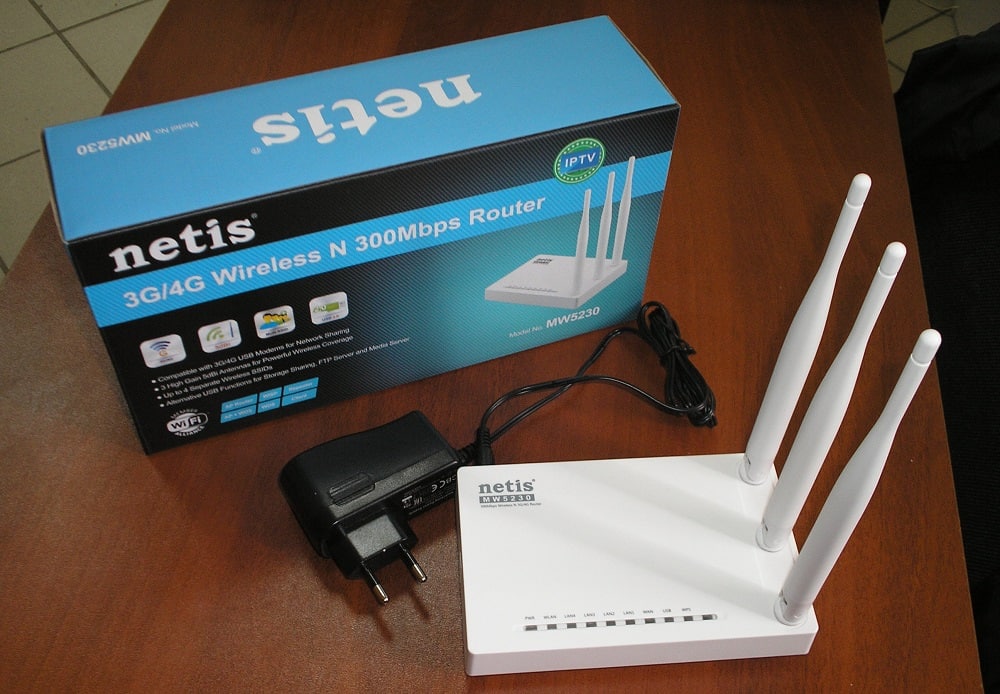 Another interesting feature of this particular model is the location of external non-removable antennas – on the upper part of the case. This is rarely seen, but the antennas easily rotate in any direction, providing better coverage of the area with a Wi-Fi network.

It should be noted that there are some disadvantages of the Netis MW5230 – the lack of support for the 5 GHz frequency range and the presence of a router reset button combined with the inclusion of WPS instead of a recessed socket. That is, there is a theoretical probability of accidentally resetting the device to factory settings if this button is pressed for several seconds.

The speed of the 4 LAN ports, as well as the input WAN, is 100 MB / s, while the speed of the wireless connection is 300 MB / s. There is also a USB 2.0 port to which you can connect an external storage device or modem. The half-time kit, in addition to the router itself and the power cable, includes a patch cord and user manual.

It will not work to use Netis MW5230 to connect the hub, since this feature is not available in the firmware. As for external media, these can be drives formatted for FAT32, NTFS, as well as exFAT and ext2 / 3/4. They can be used as a library of multimedia files, for which the DLNA function must be activated in the settings. The router supports bandwidth control, which allows you to distribute the Internet to users with the ability to limit the speed.

At the time of this writing, the list of modems supported by the Netis MW5230 router is as follows:

The most recent list can be downloaded from the official website, this is a pdf file that can be opened by most modern browsers in the absence of a reader program. Note also that one more condition that guarantees compatibility with 3G / 4G modems is the use of the latest firmware version.

Fresh firmware is needed not only to ensure compatibility with those modems that are added by developers – new functions often appear in new firmware, errors of previous versions are corrected. By the way, on the developer’s website, from where we recommend downloading fresh software, descriptions of the changes that are present in one version or another are given.

Let’s take a look at the step-by-step instructions for updating the Netis MW5230 firmware:

IMPORTANT. When the firmware update starts, do not turn off the power of the router, do not touch the cable, do not press anything, and do nothing at all on the computer during this time.

We strongly recommend entering the settings of the router from a computer connected to the router with an Ethernet wire. If it is a laptop, place it near the Netis MW5230 and connect the two devices with the patch cord supplied with the router.

After flashing, all old settings will be saved, including the password for Wi-Fi.

Setting up a wireless network

Typically, once the router is connected to the ISP’s network, it is ready to send traffic over Wi-Fi, but you need to change the network name and, more importantly, the password to access that network. This can be done both in the automatic configuration section (at the stage of the initial configuration of the router), and later, by clicking on the “Wireless mode” tab and selecting the “Wi-Fi settings” item. 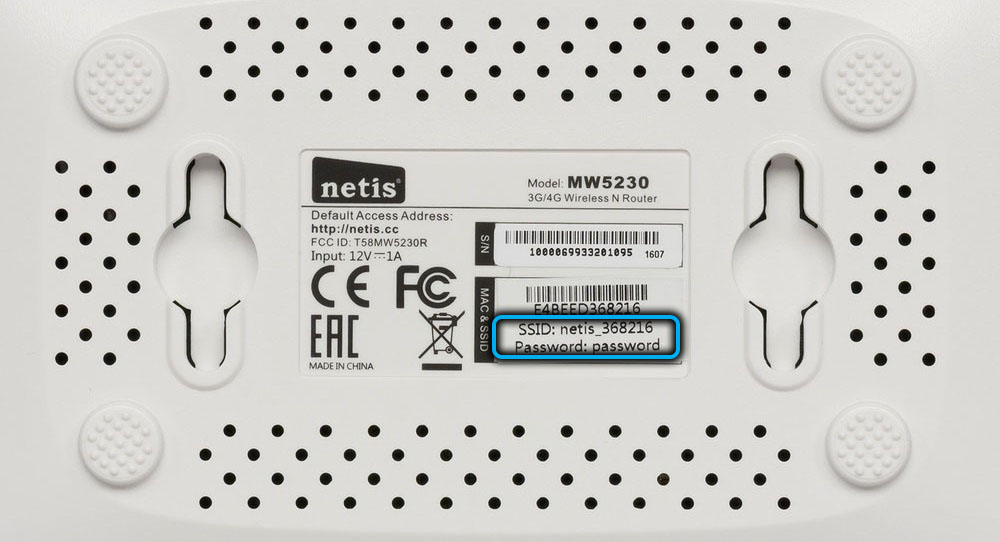 In both cases, the SSID field must contain the network name – the one that will be displayed on mobile gadgets located in the router’s coverage area.

The password is also clear. Here are the rest of the parameters for configuring the wireless network of the Netis MW5230 router: 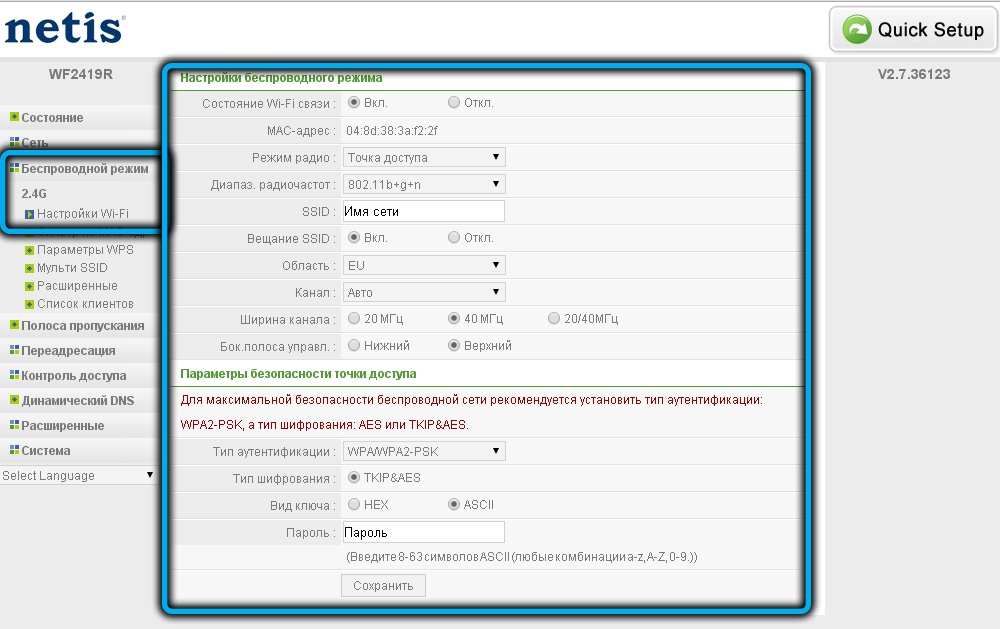 Make sure that all fields are filled in correctly and click on the “Save” button.

How to expand your existing home / office network

Situations when the router does not cover the entire area of ​​the building in which it is installed are not uncommon, especially for apartments with thick walls or offices, where individual workplaces can be removed to a distance exceeding the Wi-Fi coverage area. In such cases, a second router is used, connected to the main one as a repeater, or a network expander. To do this, such an additional router must support this feature.

Before configuring the router as a repeater, it is advisable to update the firmware and perform a factory reset. The main router does not have to be the same model or even brand, and you do not need to change anything in its settings.

IMPORTANT. It is also necessary to take a responsible attitude to the choice of the place of installation of the repeater. Two conditions must be met: the signal level from the main router at this point must be at least 30% (the higher the better) and that it covers areas that are beyond the reach of the main router.

And now, the setup process itself:

As a result, the WI-Fi network that Netis used to have will disappear, leaving only the network of the main router, but with an increased range. Moreover, you can connect to the repeater by cable, that is, we will have four additional LAN ports at our disposal.

ATTENTION. If you use a device of the same brand as the main router, when you try to enter the repeater settings after connecting it as a repeater, you will be taken to the settings of the main device. There are two solutions here: reset Netis MW5230 and re-configure it, or find its new IP address by brute force (starting from 192.168.1.2 and so on, changing the last digit).

Now you know how to flash and configure the Netis MW5230 router. Tell us in the comments if you managed to do it according to our instructions and if it was difficult.